Dubrovnik was a place we had wanted to visit for so long, in the short time we had there we managed to see pretty much everything there was to do and see in the city. As much as we loved it we also wanted to see another side of the city. We decided to head over to the one place we had left to see: the tiny paradise island of Lokrum. It was only a ten minute ferry journey from the small harbour in the old town of Dubrovnik and it also gave us a great chance to escape the hoards of tourists which swarm the old town.

What is Lokrum/ History:

Lokrum is an island in the Adriatic sea just 600 meters off the coast of Dubrovnik. It was once inhabited by Benedictine monks in the 11th century until greedy land owners banished them from the island. Legend has it that they sailed around the island placing a curse on all of those who spend the night here. It is said that many of the greedy land owners died of mysterious causes soon after. People to this day are still frightened by this myth which is why there are no permanent residents. 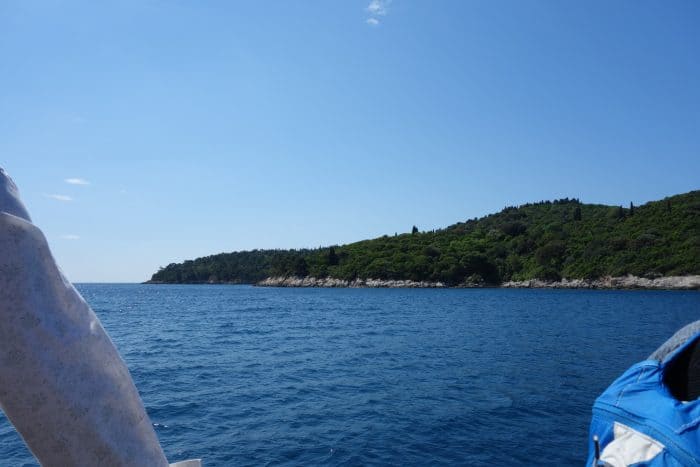 Our trip to Lokrum:

We had originally wanted to explore the island the day before, but when we got to the harbour the ferry was due to leave in the next five minutes and it was chaos trying to purchase tickets, there were people everywhere, the ticket guy was literally surrounded and it felt like a mad frenzy and in the midst of all of this, the huge umbrella shading him from the sun was picked up by a strong gust of wind and barrel rolled over everybody! It was lucky the ferry was in the way to stop it flying off into the sea. We also remembered that we had our laundry to collect at 5 o’clock and that the lovely woman was keeping her shop open late just us, so we couldn’t really be late back. So in the end we left it and decided to make a full day of it the day after. 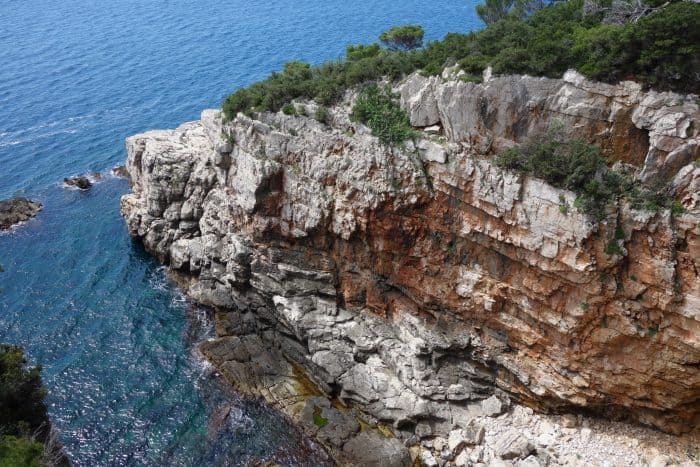 We arrived back at the harbour the day after and purchased our tickets for the ferry, luckily it wasn’t anywhere near as chaotic this time around! The ferry was already quite full as it was due to set off when we were buying our tickets but we still got some decent seats. The ferry ride over to the island was amazing even if it did only take 10 minutes. The water of the Adriatic sea was crystal clear and the views which surrounded us were simply stunning. Straight away it felt like a paradise island as we were coming in to dock. 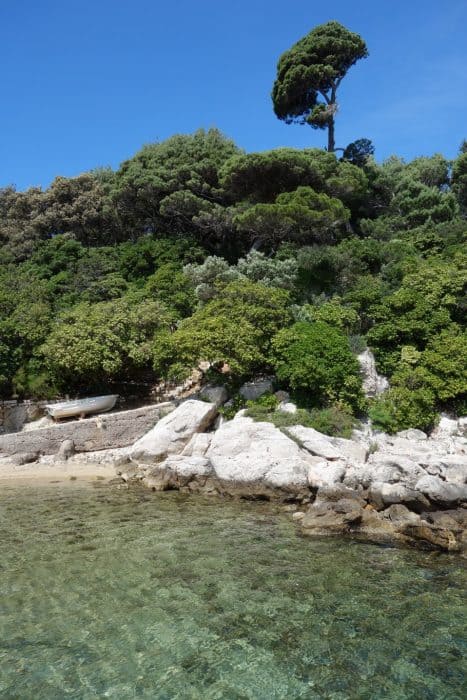 Once we departed the ferry on Lokrum we were straight away confronted by a couple of wild peacocks, this wasn’t a massive shock though as our game of thrones tour guide had told us the day before to visit Lokrum and expect to see many wild peacocks roaming the beautiful island. But it was still kind of weird for us to see so many of them freely roaming around and even pestering people for bits of food! 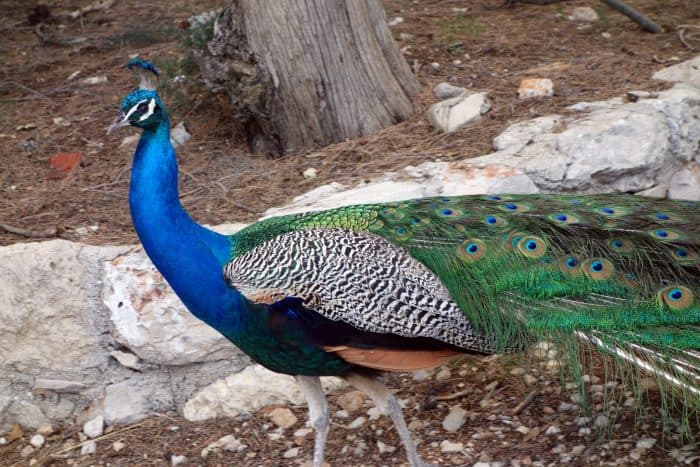 We waited until pretty much everybody had walked off before deciding to walk in the opposite direction of main bulk of tourists. It was much more peaceful to stroll along the forested paths just on our own even if it meant taking the long way around to the main attractions of the island, plus you get the chance to see other unsuspecting things that most people wouldn’t. This isn’t always the best though as we found out when we stumbled upon a nudist beach! Luckily though there was only one couple and they were pretty much hidden away behind some rocks, phew! 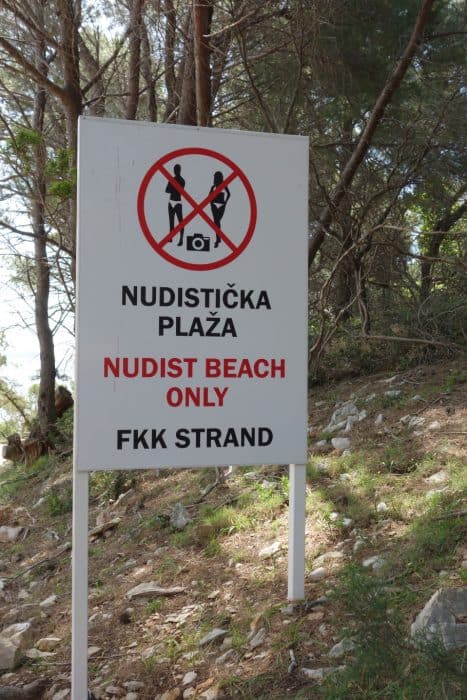 Once escaping the horrors of the nudist beach we headed back to the path which would take us around that section of coastline. We then heard loud mating calls which sounded quite close, so we rushed on a little to discover 3 or 4 male peacocks all with their feathers spread wide, it was amazing to see this up close. After taking a few selfies with the peacocks we heard a really loud trumpet like toot, we turned around and out popped one of the female peacocks, not as impressive in their looks as the guys but they sounded a lot different and really quite funny. 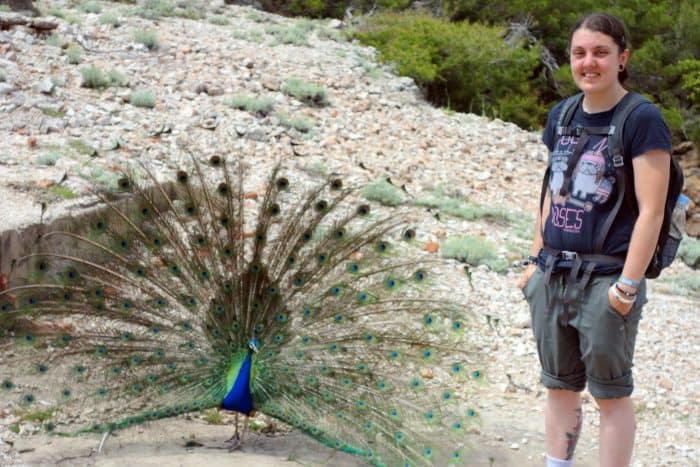 After all the fun with the peacocks, we came across a lovely natural swimming pool which was hidden away behind all of the trees. It was a beautiful spot to chill out at, so we decided to have a paddle around in the swallow areas. We definitely should have brought our swimming costumes as we were really jealous of the other people who looked to be having a nice refreshing dip and escaping the mid day heat. 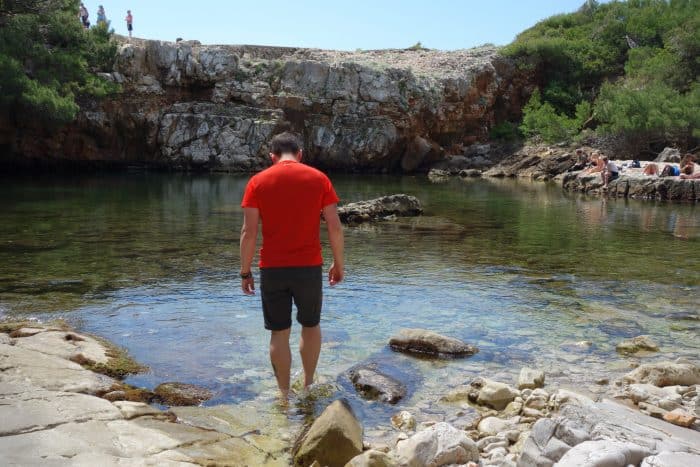 We then spotted a secluded little rocky beach where we decided to have a few sandwiches and admire the stunning views. Once we were done eating we headed over to the islands highest point, the royal fort castle which is 315 feet above sea level, getting up there was quite strenuous though especially when the sun is beating down on you. When we reached the fort and climbed to the top it was certainly worth all of the effort, the views were amazing over the island itself but even more so of the old town of Dubrovnik. 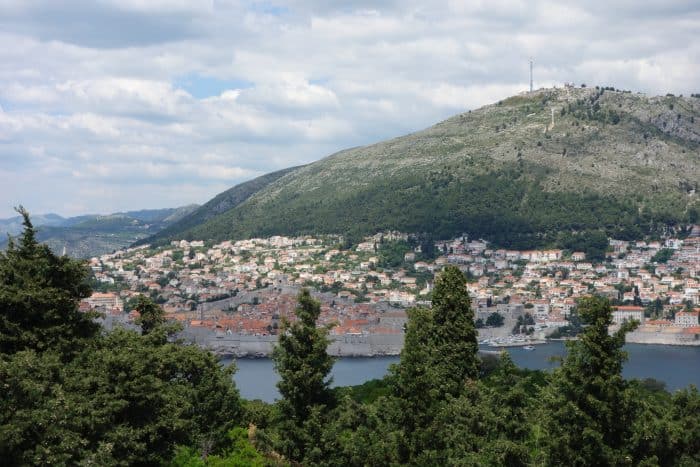 After taking loads of pictures and admiring the amazing scenery we realised that the next ferry was due and we had about 20 minutes to get back to the docks, otherwise we would be waiting another hour for the next one and we’d already pretty much done everything we came to do. 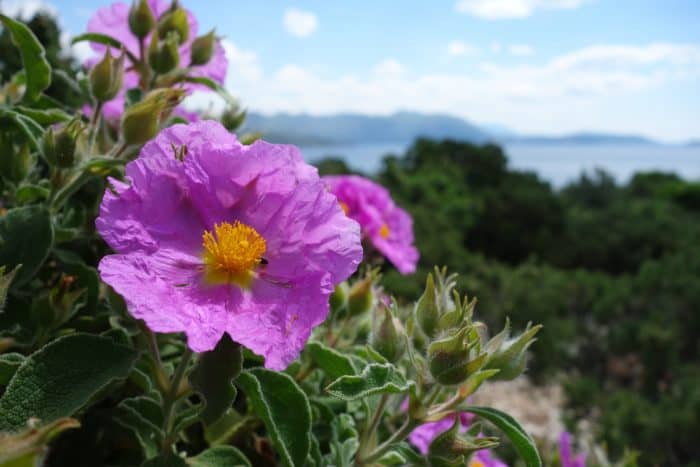 We definitely had an amazing day exploring this beautiful island, our highlights were seeing all the different wildlife up close, the sense of tranquillity and escaping the crowds on this paradise island. 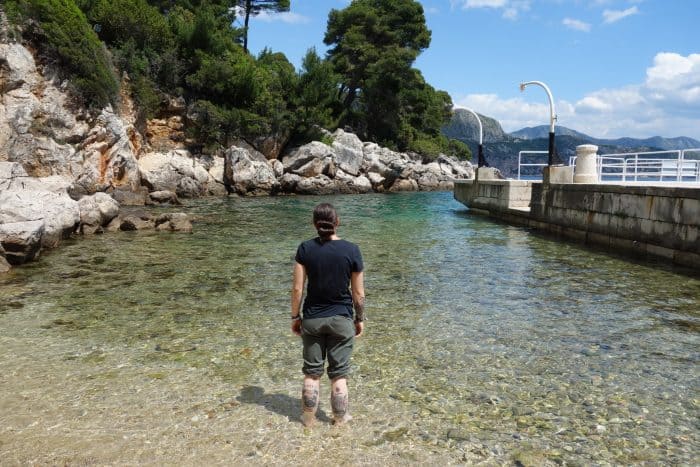 How to get to Lokrum: 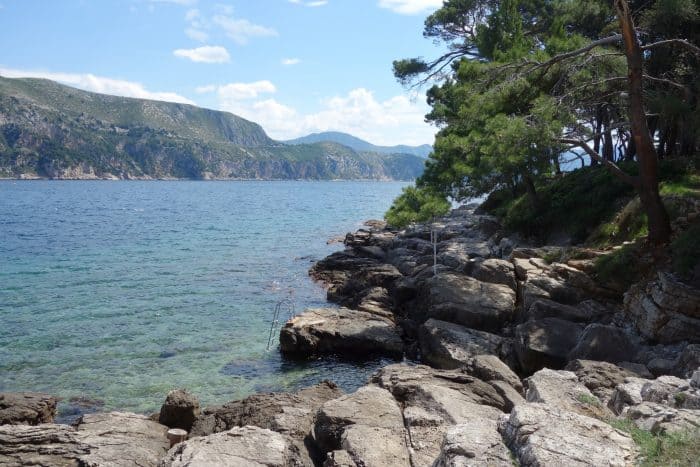 Have you ever visited Lokrum?

Totally delighted to run into this site. We are planning a trip to Croatia in August – this is exactly what we wanted

Thank you! Hope you have a wonderful time!

I’ve been meaning to travel here, everything looks so beautiful on Lokrum. Amazing pictures!

Thank you. It really is a paradise just outside of the busy city.