When we began planning our trip Dubrovnik was one of the first places we added to our list. It was a place that had grown in statue over the years and it felt like everyone was visiting Croatia apart from us! We had almost gone in 2010 when in all honesty I didn’t even know what it was! Now we were touring the Balkans it was time to see if it would live up to the hype.

Dubrovnik is quite a small city that packs a big punch. If you are staying anywhere near the old town then the only method of transport you will need are your feet…and maybe the ferry too! There is a lot to see and do here, but you can easily fit it all in to a few days and then make sure you have a day to relax by the stunning Adriatic!

An absolutely must if you are visiting Dubrovnik. The ancient city walls are not only one of the reasons why the city is famous, being one of the most successful fortification in history. But the walk around the entire length, it’s also one of the only unbroken city wall systems still in existence, offers up some of the most stunning views you are likely to see. From the south side the glistening emerald Adriatic crashes into craggy rocks below that much of the walls are built on. To the north you get an unrivalled vantage point over the magnificent old town, the rows of terracotta topped houses encircled by this wall of limestone is truly wonderful! 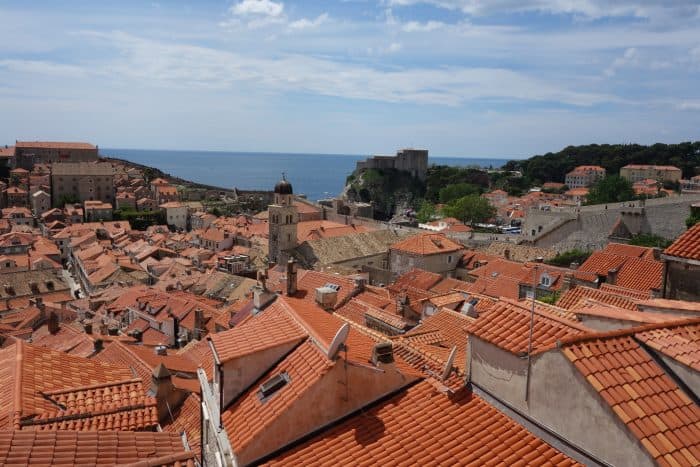 If you look out from Dubrovnik you can’t fail to spot the island of lokrum. Just 15 minute by ferry boat will transport you into another world. Forget the busy streets of old town, on here you will find unspoilt tranquility. Wild peacocks roam the island and a thick Forrest covers most of it until it fades away into several stunning rocky beaches. Just be sure to leave the island before nightfall to avoid the curse! 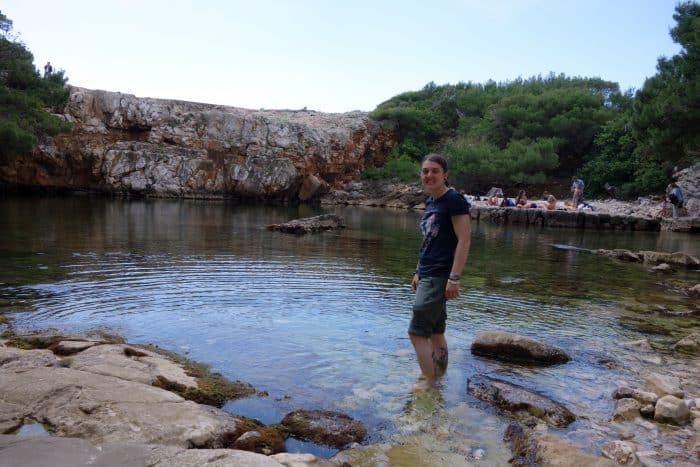 Dubrovnik has boomed in recent years, it has for a longtime been known as a wonderful place to visit but that has grown tenfold since the release of Game of Thrones. Dubrovnik plays the part of King’s landing, the capital of the seven kingdoms, and what a place to choose for that regal role. The entire city is dotted with filming locations so taking a tour means you can make sure to see them all and maybe even recreate the moment Joffrey died!! 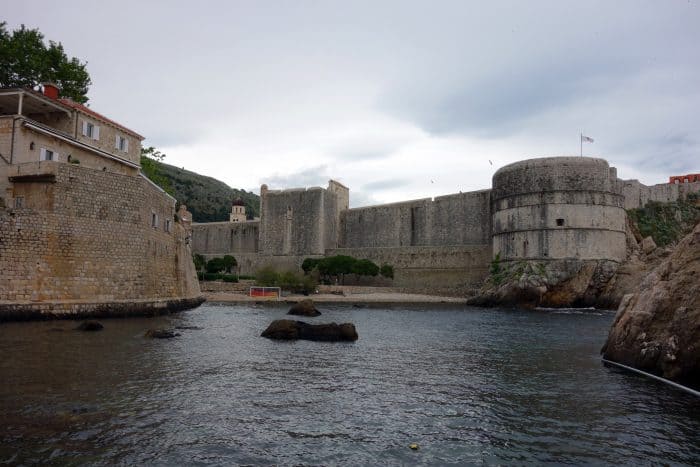 Dubrovnik harbour has everything you could want in such a place. Come down here to watch the hustle and bustle of the tourist boats, ferries and tiny local fishermen’s boats coming in and out of this small port. You’ll find anything from a clapped out old dingy to a millionaires yacht parked up here and you will not believe the clarity of the water. For a city centre harbour Dubrovnik is the clearest you will see, around the boats you can see fish swimming in the emerald waters, not something you can say about many other busy ports! 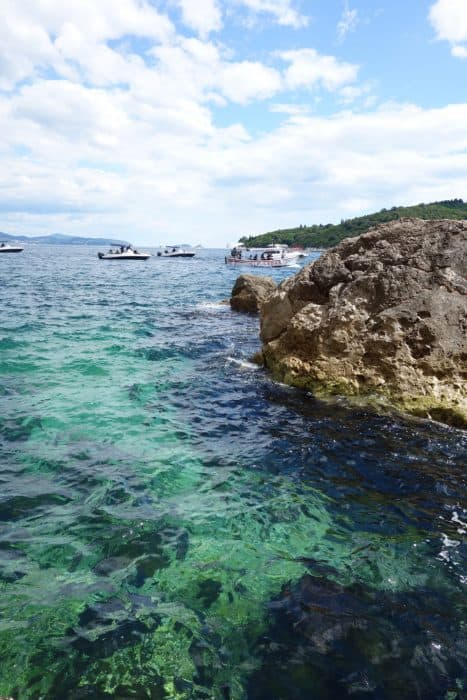 The beaches and the amazing Adriatic

Dubrovnik might be known for its impressive old town but the stunning emerald sea that surrounds it is there to enjoy too. The best known beach might be Banje but that is a bus ride from the city or a long walk over the other side of the bay. But you can swim in the shadow of the city walls if you follow the harbour around until it becomes a rocky area with showers and steps! If you are after something a little more secluded then Lokrum is perfect, there is even a nudist beach if that takes your fancy! Otherwise the island is pretty much one whole beach around its circumference. Just outside of the Old Town is another local beach called Bellevue, this may get busy during the summer but it’s close by and in a lovely little cove. 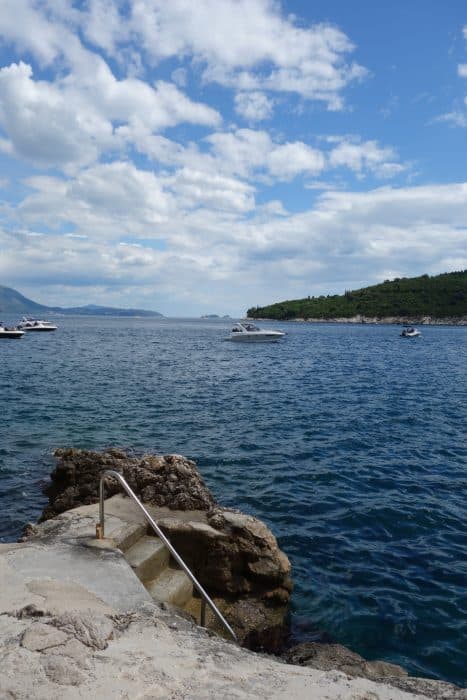 Old town IS Dubrovnik!! Ok, so there is stuff to do and see outside of Old Town but lets be honest this is what we all come for. The ancient streets inside the city walls transport you back to the time when this city was its own country, the limestone buildings, cobbled streets and narrow passage ways open up into wonderful squares with ancient churches and the temping smell of fresh Mediterranean food! There’s a lot to see inside these walls, but Dubrovnik is also quite compact, in a day you can see much of the highlights including:  Placa Thoroughfare (Stradun), pile gate, rectors palace, Onophrian Fountain, Church of St. Ignatius of Loyola, Franciscan Monastery, Church of Saint Blaise, The Bell tower and Brsalje Street! 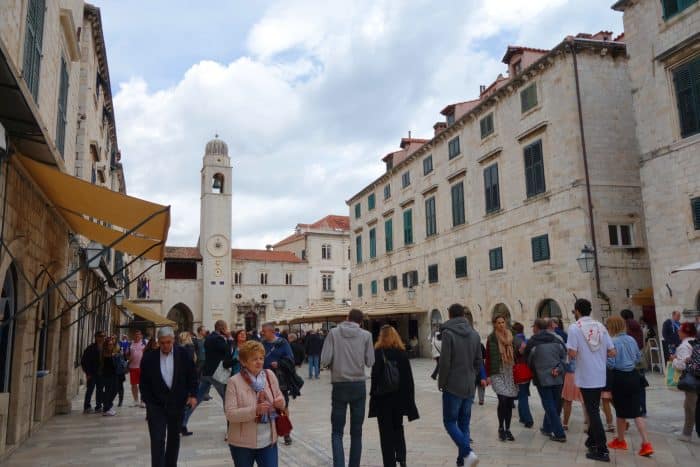 Dubrovnik is a mountainous city, even the city walls themselves are built on the rocky cliffs of the rugged limestone landscape that surrounds it. The nearest peak is that of Mount Srd that sits just north of the city centre. From the Northern entrance into the city you can take a cable car for delightful views over the city and further across to the bay and Lokrum. Up here you can marvel at the walled city in all its glory! 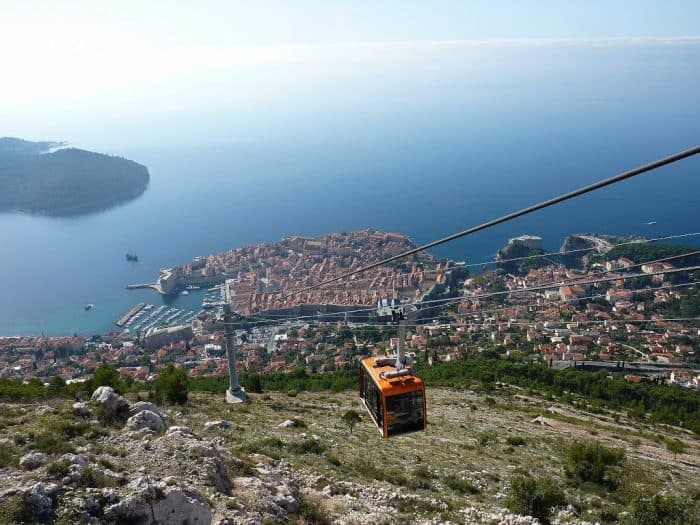 Often thought of as being part of the city walls (indeed if you buy a ticket to here you get the price knocked off your entrance to the walls) this fortress is an important structure to Dubrovnik’s history in its own right. Often known as the Gibraltar of Dubrovnik for how it rises 37m above sea level on a rocky outcrop, it is famous for the role it played in resisting the Venetian rule of the city. In the 11th century this location was identified as important for controlling the city, the Venetians had planned to build here but the locals succeed in building Fort Lovrijenac first, thus insuring the freedom of Dubrovnik! This is also a wonderful place from which to view the walls and city itself, giving you a great vantage point over the bay. 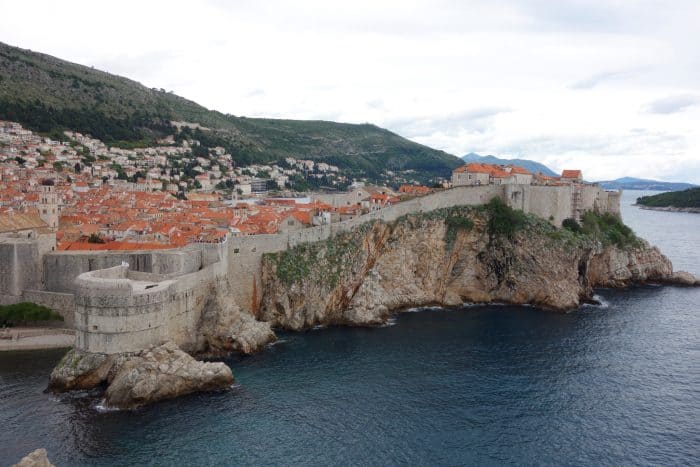 Dubrovnik is a maze that is just wonderful to get lost in, instead of taking out the map and trying to figure out where you have ended up, let this magical city swallow you up! The windings streets up, down and across the city allow you to see much more than just the main sights, take a wander around here and you will see the wonders of daily life for the people of Dubrovnik. Washing hanging out over the steep cobbled streets, women chattering on the corners and children playing football in tiny hidden squares! This is the true joy of Dubrovnik, escaping the crowds and finding real life! 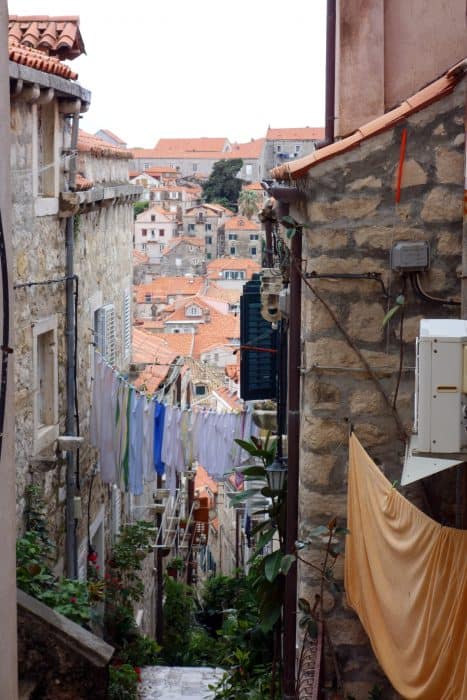 Have you been to Dubrovnik?

We have been discussing Dubrovnik for a while now, but after seeing this, I am pretty sure I am going to push the hubby to consider it a little harder

Ha ha. He has no excuse now! You will love it though.

I would love to visit this city in Croatia. I love that you can walk the city wall, has tons of history and that its close to the water too.

It’s pretty perfect really with the history and the beaches. What else do you need! Lol

My husband and I are technically supposed to be in Croatia at the moment with some friends who rented an incredible house for 6 weeks but with other things going on, we had to pass it up. This post just makes me want to kick myself to allowing myself to miss it. What a fabulous place. I would absolutely be gaga over that Game of Thrones tour!!

Aww, well I have seen where you have been recently and it looks amazing! But hey, you can always make time for another trip over to Croatia now you know how amazing it is!!