After our time travelling through the Balkans and the rest of Eastern Europe it was time to finally head into the Baltic States for the first time. What we found here was a completely different vibes with much more western and Scandinavian influences. With Lithuanian being our first stop and probably the most overlooked it was a great opportunity to see this unique region. Vilnius is a small city with a fairytale like old town that is easy to explore on foot and with a diverse and unique range of things to see, do and experience!

The last remaining part of the upper castle of Vilnius the tower that stands here today was built in 1930 on the hill where the large fortification once stood. Few original remnants of the old castle still exist and have been restored to create a site of special archaeological interest within the city. 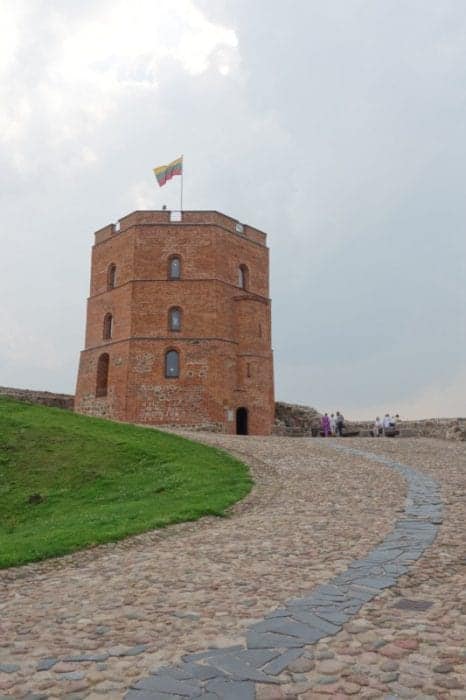 The first wooden fortifications were built by the Gediminas, Grand Duke of Lithuania and the first brick castle here completed in 1409, so this site is of high historical importance to both Vilnius and Lithuania and is a symbol of both city and country. But take a hike up the side of the hill, or the funicular if you are feeling lazy and take in the stunning views over the entire city too! 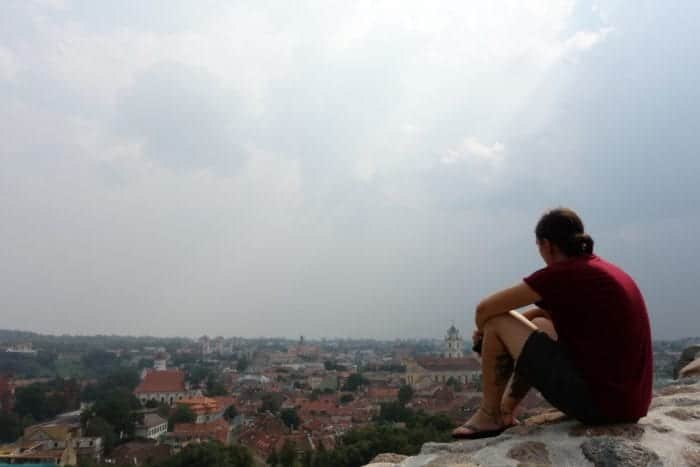 An artistic and bohemian neighbourhood in Vilnius, Užupis, which translates as “the other side of the river”, is comparable to Montmartre in Paris. However what makes it unique is that it declared itself an independent republic on the first of April 1997. However unlike Transnistria which is a serious political situation, here in Užupis the idea of being an independent country is more of a fun and playful idea intended to make people think! 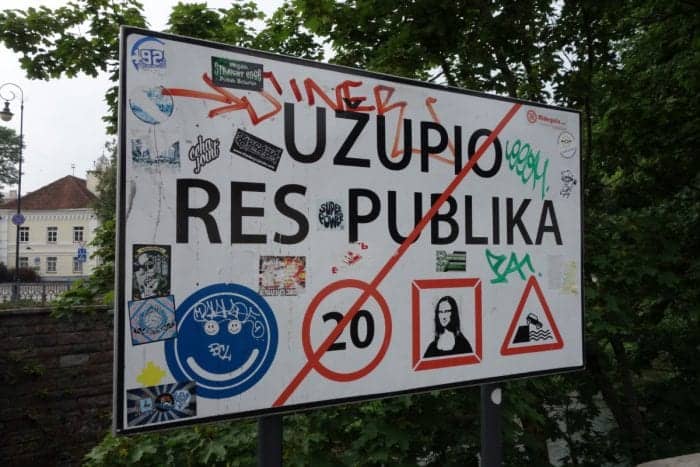 The huge main catholic cathedral of Vilnius set in the large cathedral square of the city is a major landmark and meeting place. The church is the heart of Catholic spiritual life in Lithuania as well as the coronation locations of the Grand Dukes of Lithuania and burial place of many important Lithuanians and Poles. The original church was built in this spot in 1251 but burnt down in 1419 and again 1530 and 1610. The current incarnation is a construction that brings together part of the remaining church from 1623 – 1636. The the square itself central to the city’s public life being a place for public gatherings, markets, parades, fairs, concerts and events. 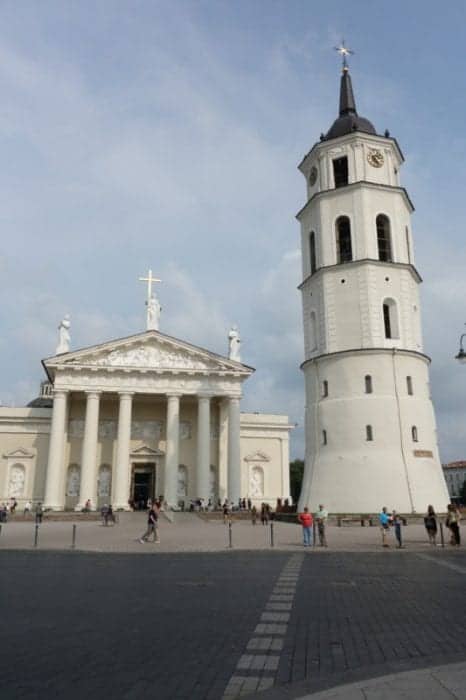 A roman catholic church on the banks of the Vilnia River it is a prominent landmark in the UNESCO listed old town of Vilnius and one of the most interesting examples of Flamboyant Gothic architecture in the country. Consecrated in 1500 it replaced an earlier wooden version and is part of a larger complex of important historic and religious buildings in the city including the larger Gothic Church of St. Francis and Bernadine alongside a monastery. Napoleon was said to be an admirer of the church wanting to take it home to Paris with him and it was also the site of an important rally by the Lithuanian Freedom League in 1987 to protest the Soviet occupation. 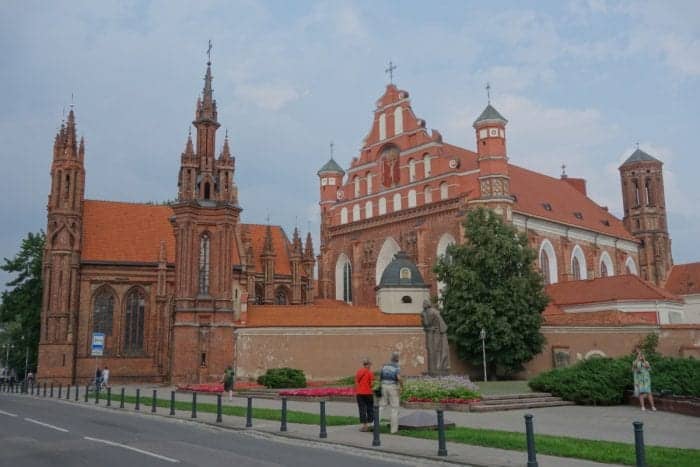 The fairytale UNESCO listed old town of Vilnius is a pastel coloured delight to explore. The perfectly formed cobbled streets are awash with detailed churches, traditional pubs and quaint buildings mostly of the medieval area. Despite Vilnius itself not being a massive city it is pretty much entirely made up of this wonderful old town which makes it one of the largest surviving of its kind in Northern Europe. Wandering these streets is walk in the history books of Lithuania, the city’s old town shows the various changes and era of the city and country and is exampled by the fact that gothic, renaissance, baroque and neoclassical architecture stands side by side. 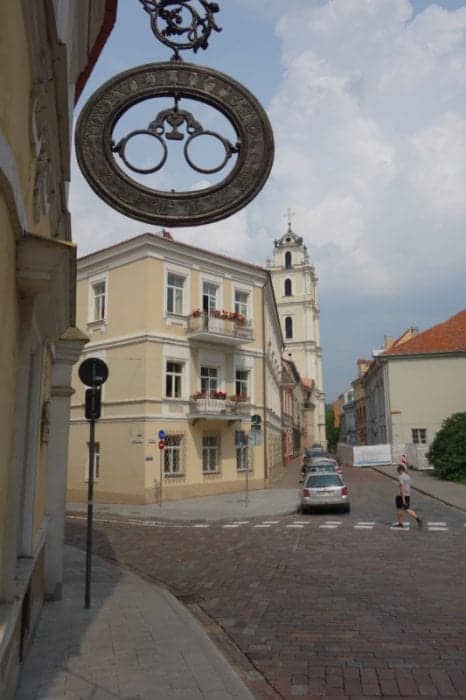 Cross over and see the old wooden houses of Vilnius

One of the most interesting areas of Vilnius is across the river and into the traditional area of Šnipiškės. Often referred to as a “village within a city” it provides examples of some of the last remaining 19th century wooden houses that used to dominate the areas outside of the old town. Many of these dwelling are still heated by wood burning stoves and lack plumbed water, sewerage and even some roads are still unpaved. The WW1 era buildings are often inhabited by older residents whose family have lived in them since they were built. Areas of the neighbourhood have undergone 21st century redevelopment and they provide a stark contrast between the old and the new, a truly fascinating area to explore. 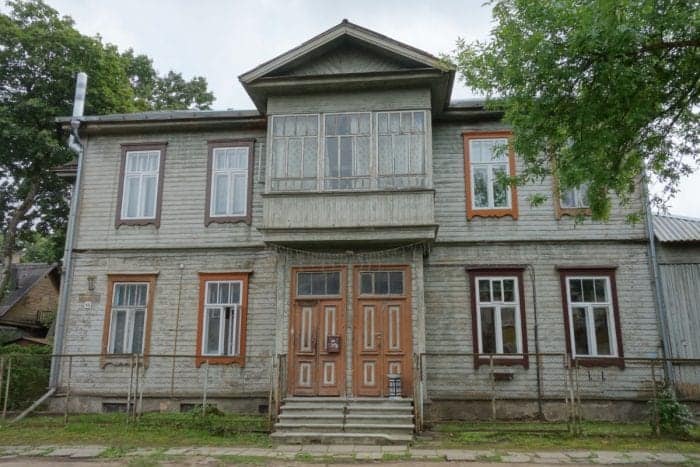 One of the most important religious, historical and cultural monuments in Vilnius it both serves as a gate to enter into the old town of the city as well as the chapel of Our Lady of the Gate of Dawn which sits above the entrance. Built as part of the historic defensive fortifications of the city between 1503 and 1522 it is the only one of the original nine gates into the city that has survived into the modern period. 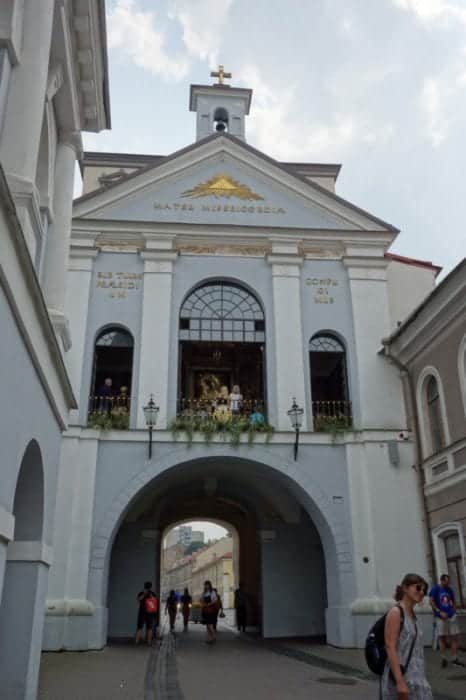 Have a day out at the Hill of Crosses

Having been told many times that it wasn’t possible to visit the Hill Of Crosses from Vilnius in one day I can happily confirm that it totally is! This eerie and mysterious place is even more impressive in person and offers an opportunity to experience something totally unique. Wandering in and out of the maze of over 100,000 crosses is like nothing else we have ever done before. A surreal, spiritual and strange place to visit you just have to make the effort to head out of the city to this wonderful place!

Check out our full write up of our day and also instructions how to get there: A day at The Hill of Crosses from Vilnius 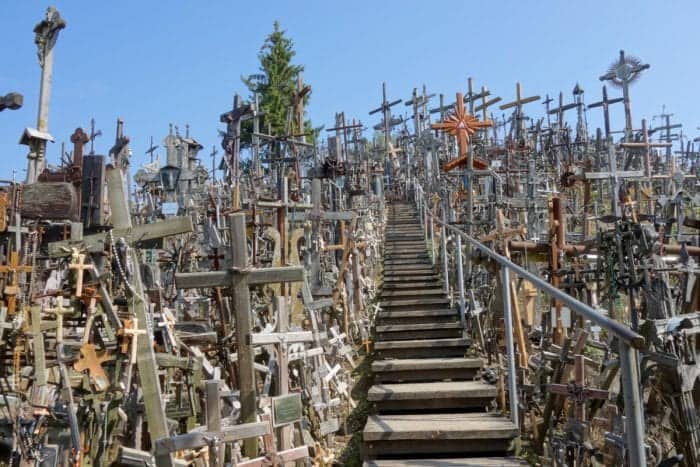 When we heading into Vilnius we were shattered after a crazy couple of night buses and wandering around Warsaw with our bags. So we needed somewhere quiet, central and comfortable to stay. Well where better than Pogo hostel, right across from the Cathedral Square. They offer a large and homely social area with kitchen facilities and most importantly to us after such an exhausting few day, a private room!

They offer various sizes of rooms from large to small dorms as well as privates. The staff do a great job of hosting a reasonably priced hostel with a hotel quality finish and professional staff who also often organise trips, tours and pub crawls. 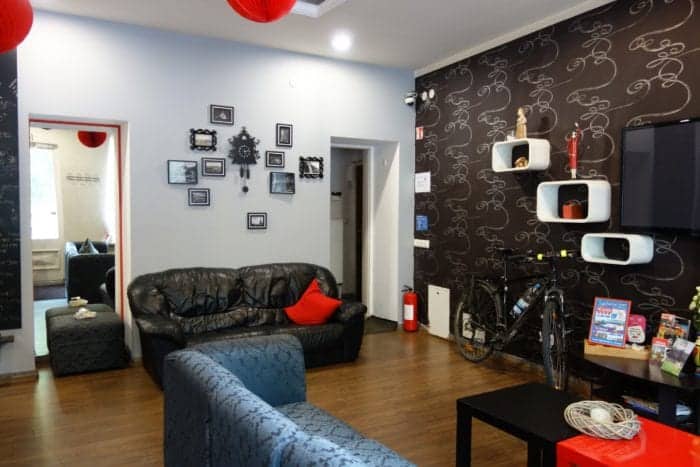 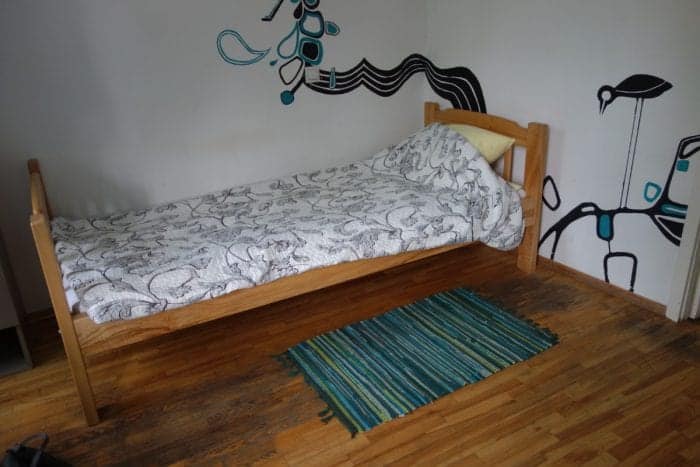 Have you ever visited this lovely little city? 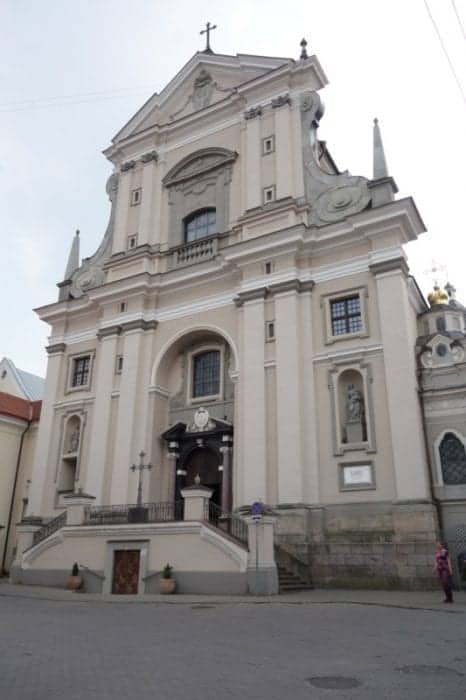 As with so much of the area, the architecture is beautiful, and Vilnius looks like a fantastic place to see. Had never heard of the Hill of Crosses, it looks incredibly unique, but something about it seems eerie to me!

Yes, a really special place and a lovely city, well worth a visit to this whole region as things are so close!

Great photos! I love the architecture in Vilnius. I agree with you that its worth crossing the river to go see Šnipiškės! one day I’ll make it to the Baltics.

Thanks, yes it is such a beautiful city to explore, really lovely!

Vilnius is great. I always say, its like a better Scandinavia that one can afford. Friendly people and beutiful country, and very into nature.

Yes, I will have to use that one!! We really loved all the Baltic states and felt this was too!