After only a day in what we can only describe as the most amazing and almost perfect city we decided to make sure we made the most of our days here and take a bike tour. We were already staying with locals whilst couch surfing so we already had some background to the city but to be given a guided tour by another local would be something really quite special. We also love exploring on a bike too, it’s the perfect balance between speed – getting to see so much, and also having the opportunity to literally stop and take a closer look whenever and wherever you want. So this was something we knew we would love! 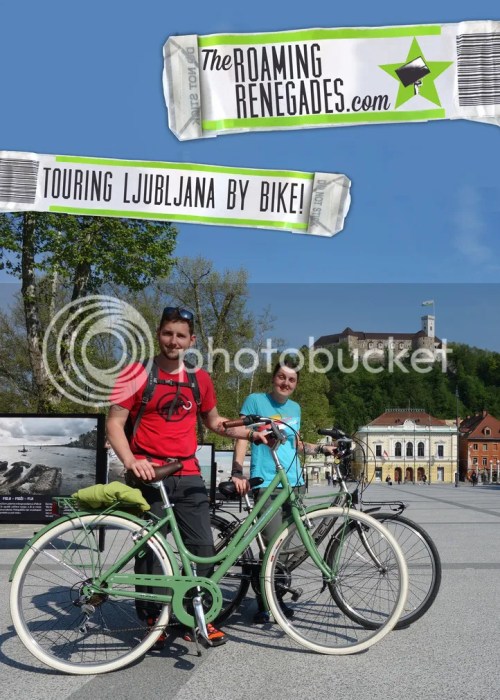 Our guide was the Ljubljana born and bred Tevz, unlike some tour guides who can be a little dull when dishing out the history, Tevz is a young and passionate guy who not only gives you the facts but does that alongside interesting stories and anecdotes too. He is also just an interesting guy to chat to as you ride around the city, he loves travel and has toured the Balkans extensively on his bike too and will answer any and all questions you have about Ljubljana and Slovenia. 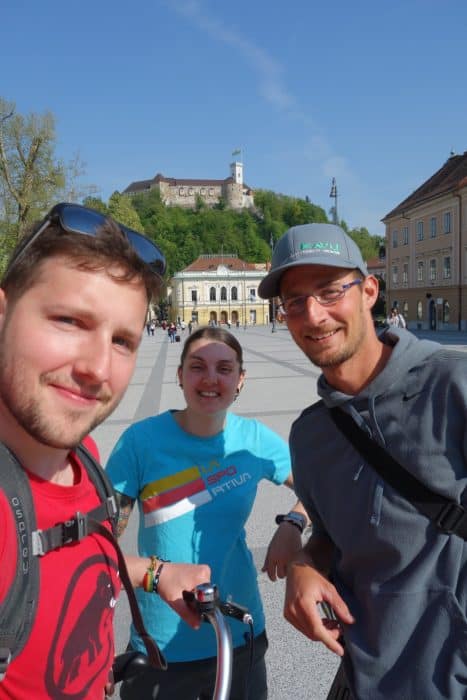 The bike tour gave us the chance to not only see some of the main sites of Ljubljana but to find some of the hidden gems too. It really is the best of both worlds. Often you visit the main churches, squares and areas of a city but do you really know why that statue is there, who it is and why they are worth honouring. Do you discover the stories only the locals know about the main sights or get a glimpse into what the city looked like only a few years ago. 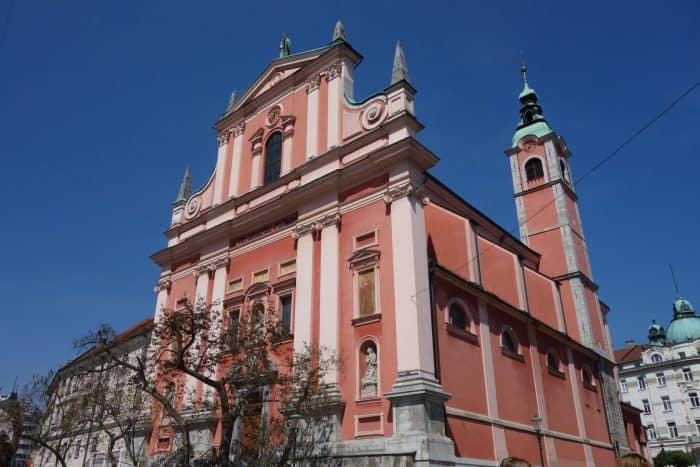 This is the definition of going beyond just the surface of a destination and discovering it’s story. Also seeing the lesser known spots gives you a greater insight into the history and real life of anywhere. Ljubljana itself is pretty off the beaten track in all honesty but it was nice to be able to discover more. From the village within the city to the inspiring story of Ivan Hribar, the horrors of the Nazi occupation and the rebuilding of the city…did you know Ljubljana had an earth quake in 1895! Or the recent renovations to make this city into the green and pedestrian friendly city we see today…many of the places we stood chatting were carparks a decade before! 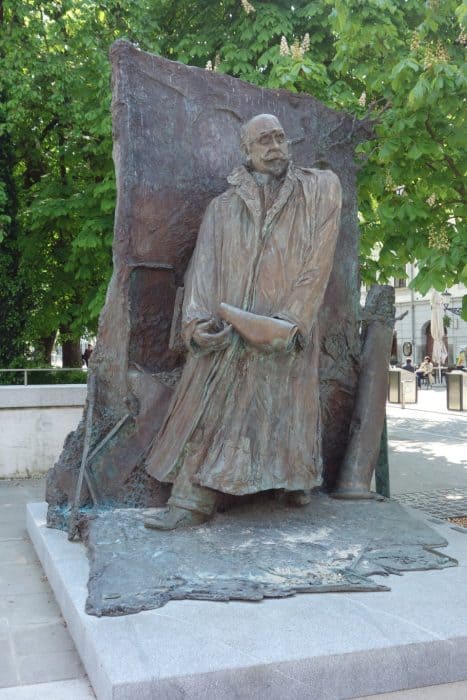 Our route took us all around the centre and it’s outskirts. Even for a small city the 2 hours it took us to snake our way in and out of all the different areas offered so much variety. We started in the heart of the city and this really allowed us get a closer look at some areas we had already strolled through. 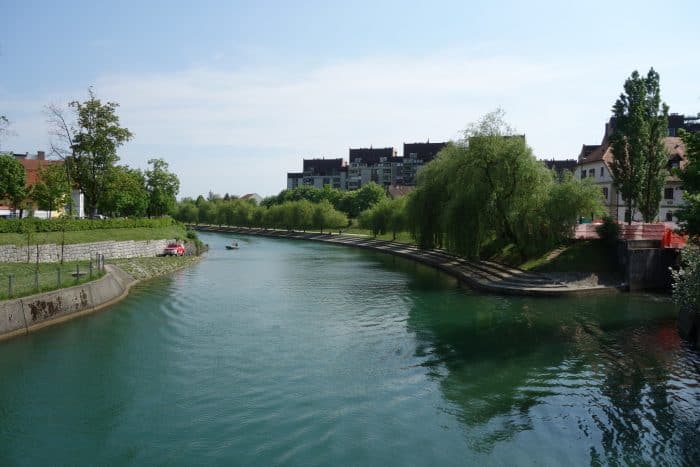 Tevz really brought to life the statues, fascinating architecture and history. From there we headed out of what would have been the inside walls of the ancient city, exploring the Roman ruins, important churches, the impressive river and canal system and the lovely little untouched village that really lets you visualise how Ljubljana used to be! 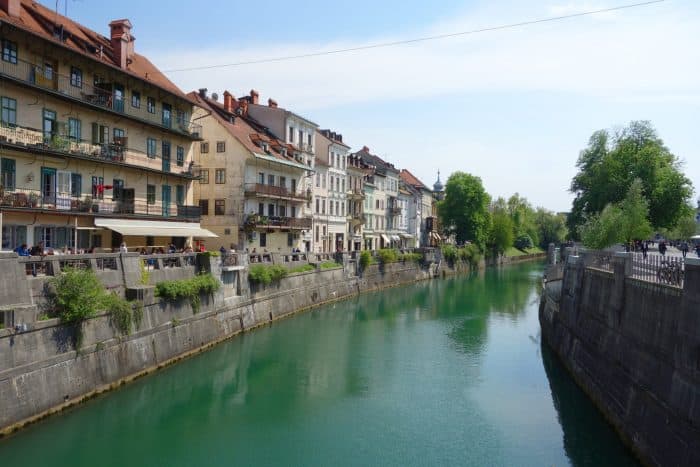 It’s really quite difficult to say which bits stood out to us as to be honest the whole thing was amazing and made us fall even more in love with Ljubljana and Slovenia. But some places stand out a little more than others. 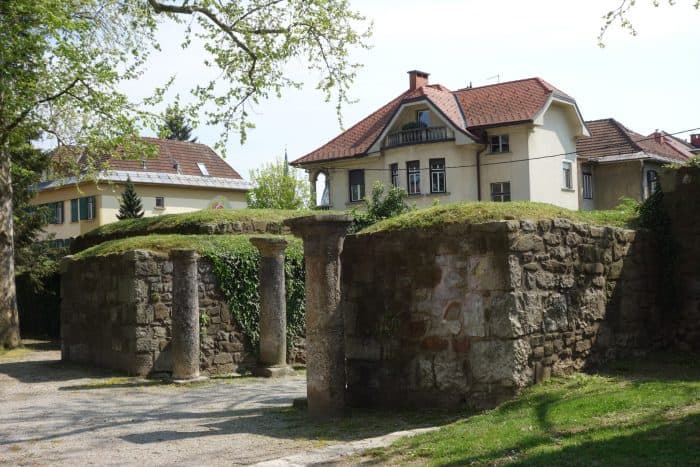 Of course metelkova has to be the first that we mention. We had been looking forward to exploring this unique artists squat for sometime and what better way than with a guy who can answer all those burning questions you have upon seeing such a place. It turns out that this former military garrison was taken over shortly after the government began dismantling it after the break up of Yugoslavia. Despite initially not being so hot on the idea they soon realised that it was something that with cooperation on either side could work and allow the creative community here to flourish. It is so refreshing to see an attitude such as this instead of health and safety or money taking over. 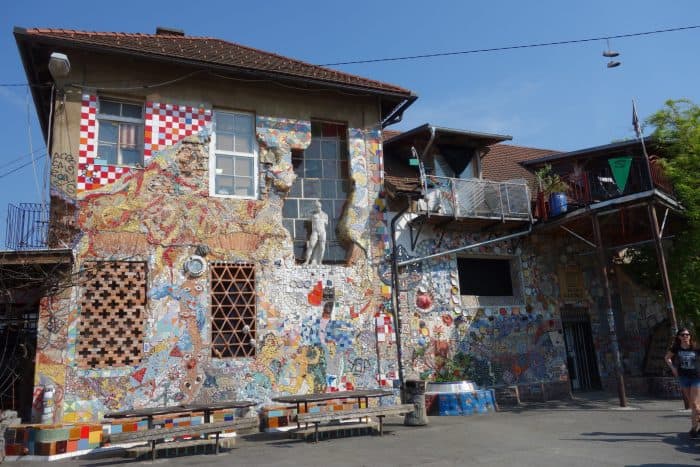 We also have to mention the man who almost single handedly rebuilt Ljubljana; Jože Plečnik. He basically created the modern day identity of this beautiful city, taking his knowledge and experience he had built up all over the world to come back to his hometown to pour his passion into creating a series of masterpieces, the grand finale of which is the university library. 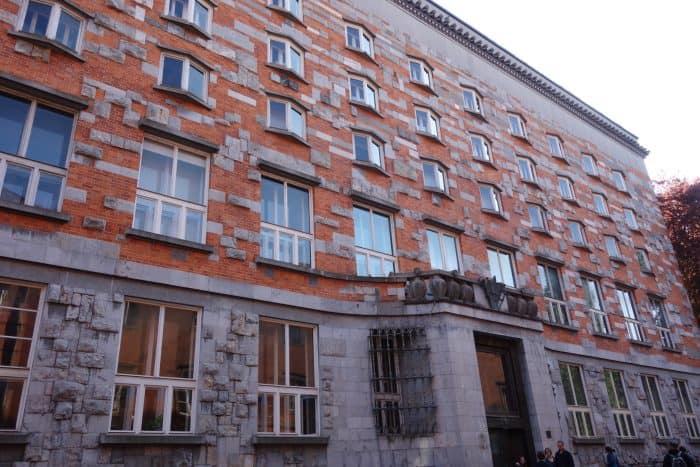 Another highlight for us has to be going down by the river and seeing how this stunning emerald water is controlled and travels around the city. Where the river split off into an incredible canal system, this really reminded me of the canals we have back home in Manchester too and how cleverly designed these waterways can be! Another of Plečnik’s designs, the huge triumphal arch of the Ljubljana Sluice gate and the nearby abandoned sugar factory of  Cukrarna provided yet more fascinating stories and intriguing architecture! 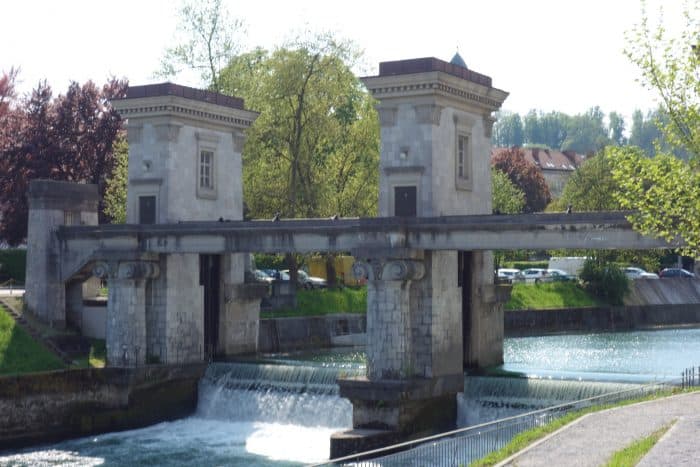 Why we loved the bike tour:

Ljubljana would become a city that felt like home in a short period of time, mostly due to the fact that we had quite a lot of interaction with locals but also just because of the friendly atmosphere and small town feel. But as much as we took to the city and country, straight away there was so much we didn’t know. Even with our research before heading for Slovenia it isn’t a country that we have had much exposure too and the culture is quite a mystery to most as it is rarely in the media, where as places like Italy there is a shared knowledge of much of their ways, food, language, geography, even if you have never visited or took any interest you might have some knowledge!! 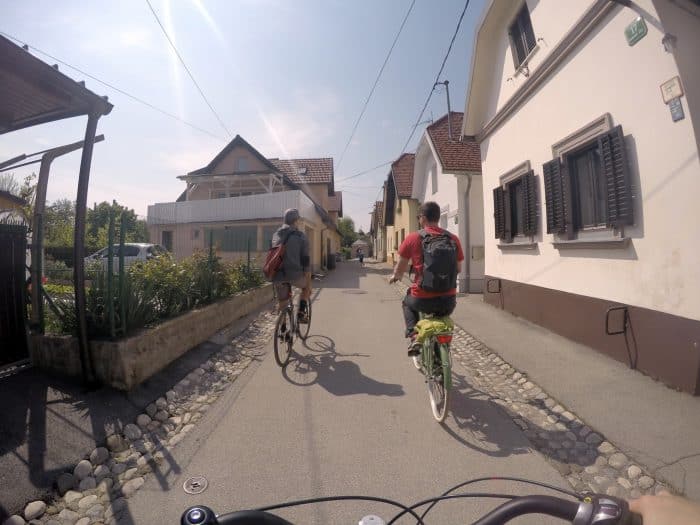 But here in Slovenia it was all new to us, that’s part of the appeal though, traveling to an “exotic” country you know very little about and learning through experiences. Well taking a bike tour with Tevz was one of those and one that really left and lasting impression on us. 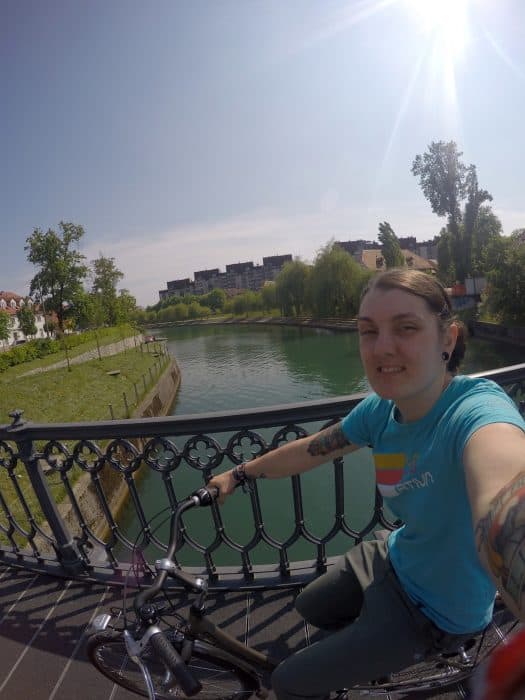 How to do the bike tour yourself!

Get in contact with Tevz over at Watermelon bike tours!

Thanks Tevz for an amazing journey not only through the streets of Ljubljana but its history too! 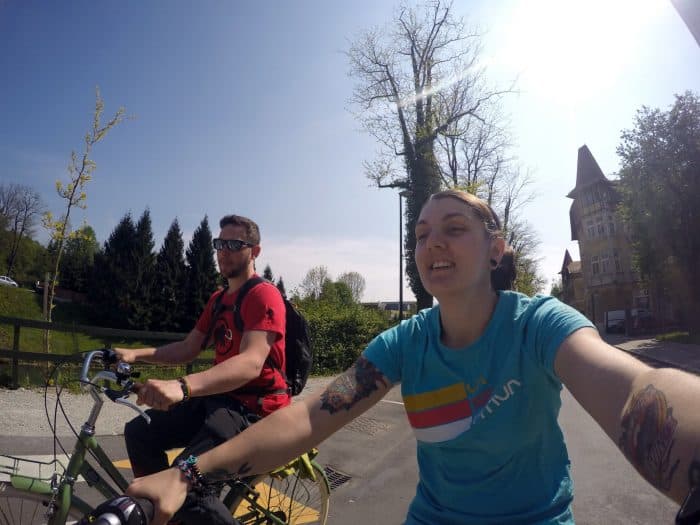 Have you ever taken a cycling tour or visited Ljubljana?

I love sightseeing this way. It makes it much more fun!

Yes it really is, you can see so much more but take your time too!

I love your adventurous posts!

I have been hearing SO MUCH about Ljubljana lately! And one of my favorite ways to see a new city is by bike, so thank you for recommending this tour!

I can’t recommend Ljubljana enough, straight away we loved it!! And of course, the best way to see it all, and the off the beaten track parts too is on a bike tour with Tevz, he’s really a great guide.