Whilst staying in the stunning fairytale city of Tallinn in Estonia we couldn’t not notice the city’s proximity to Helsinki, the Finnish capital. Knowing how expensive Scandinavia is compared to the region of Eastern Europe we had been travelling within for 4 months we took the opportunity to head over for the first time on the Tallinn to Helsinki ferry. This was an opportunity for us to visit a country we would otherwise struggle to afford and have a day in a completely different culture that we had experienced before!

Here’s how to take a day trip to Helsinki from Tallinn and information on taking the Tallinn to Helsinki ferry. 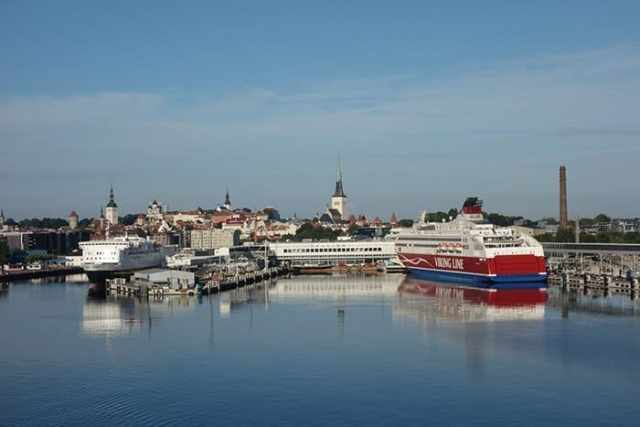 The sea Fortress of Suomenlinna

After 2.5 hours on the Tallinn to Helsinki ferry what is one of the first things we went and did…got on another ferry!! This time a smaller and more picturesque local boat that look us around the many tiny islands off the coast of the capital. The main attraction here however is the group of 6 inhabited islands that make up this historic sea fortress of Suomenlinna. This UNESCO world heritage site is both a historic location spanning hundreds of years of the defence of this land as well as a stunning beach lined example of wild nature right of the shores of the capital. 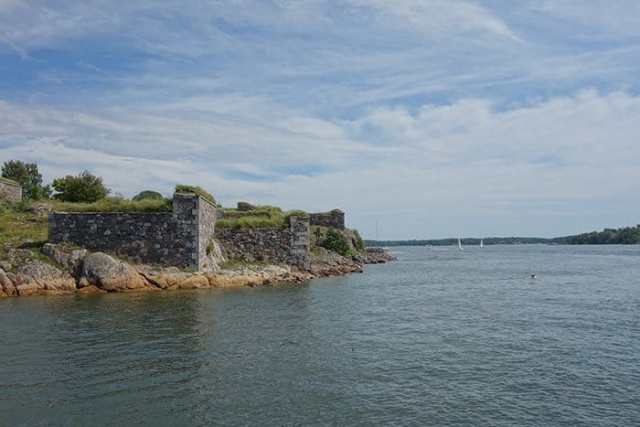 In 1748 the Swedish crown used these islands as a defence against Russian expansion and the construction of the fortifications began. However for a brief period before the Crimean war Russia did take these islands of strategic importance. Turned over to a civilian administration in 1973 it became part of the capital city but with its own independent government systems. The unique nature of these islands means that they both house the historic structures as well as a what could be described as a “village within the city” where around 900 permanent inhabitants. The relatively under developed islands allow natural wildlife to blossom, quaint beaches to be beautifully unspoilt and the wild landscape to remain as charming and peaceful as ever. 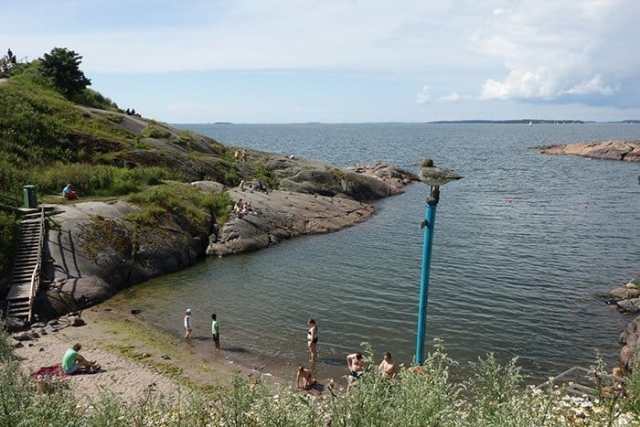 To visit take the small ferry from the port near the main market square. There are several ferry trips available around the various islands so make sure to check which one you will get getting on.

Depending on the time of year ferries run between 1 and 4 times an hour. The up to date timetables will be available on the docks by the ferry so remember to check them before you set off and keep in mind the last ferry. The crossing takes around 20 minutes and costs roughly 7 Euros for a return ticket.

If you are doing a day trip between the two cities via the Tallinn to Helsinki ferry then be sure to head over here early and in the summer month, then you have plenty of time to explore. 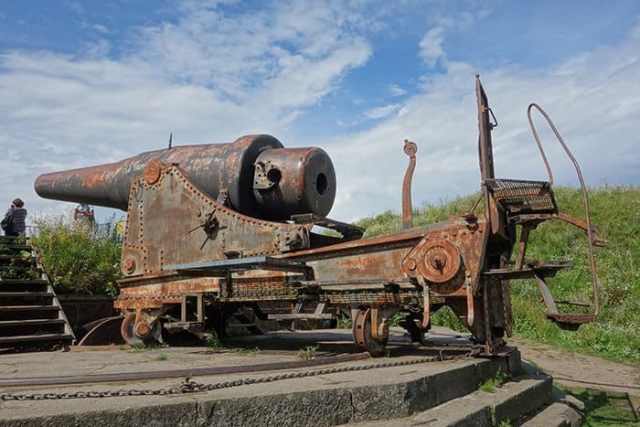 The Temppeliaukio Church is one of the most unique in the world and quite a strange and surreal place to explore. Built directly into solid rock, carved out into a cave like construction almost hidden within the rocks. Known by most as the Church of the Rock this Lutheran church just represents one of the many factions of Christianity that exist in Finland due to its unique cultural and geographic position. Built in 1969 the natural and virtually unworked rock surfaces create extraordinary acoustics and for us as climbers, a surface almost teasing us!! The underground church has an atmosphere all of its own and is bathed in sunlight through the stunning central copper dome. It was one of the quirkiest sights in Helsinki and one reason paying the relatively steep Tallinn to Helsinki ferry price was well worth it! 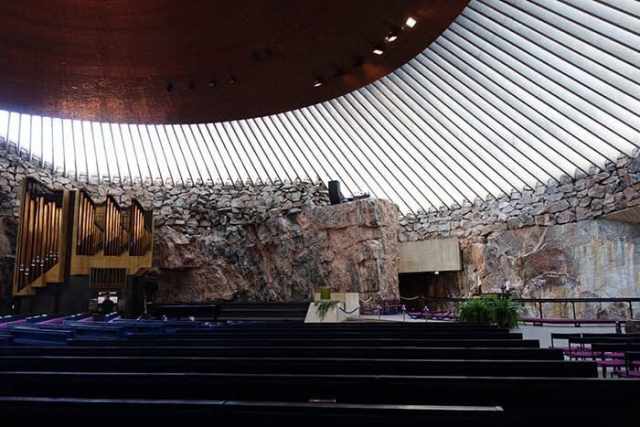 Another example of the cultural influences of the surrounding countries of Finland over the years, this striking cathedral wouldn’t look out of place in Red Square. The Eastern Orthodox cathedral which was consecrated in 1868 represents the era of the Russian Empire within Finland and is reputed to be the largest Eastern Orthodox church in Western Europe. Upon our entrance to this immaculately and predictably colourful and decorated cathedral we stumbled upon an orthodox wedding. Of course, we have no photos from this unique ceremony but it was interesting have this insight into this culture! 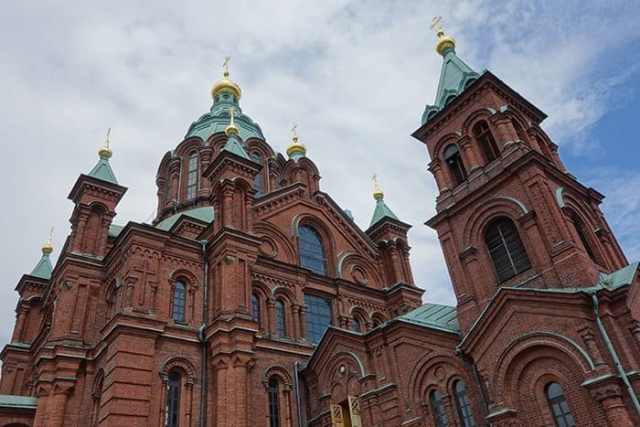 Known as St. Nicholas’ Church until the independence of Finland in 1917 it was built as a tribute to the Grand Duke of Finland, Tsar Nicholas I of Russia from 1830-1852. It is probably Helsinki’s and Finland’s most iconic and well known landmark serving as a central location, meeting point and the finale of the senate square layout and design. The distinctive green domes are built in a neoclassical style and cuts a dramatic image with its bright white exterior. It was one of the main reasons we took the Tallinn to Helsinki ferry as we had always wanted to see this landmark. 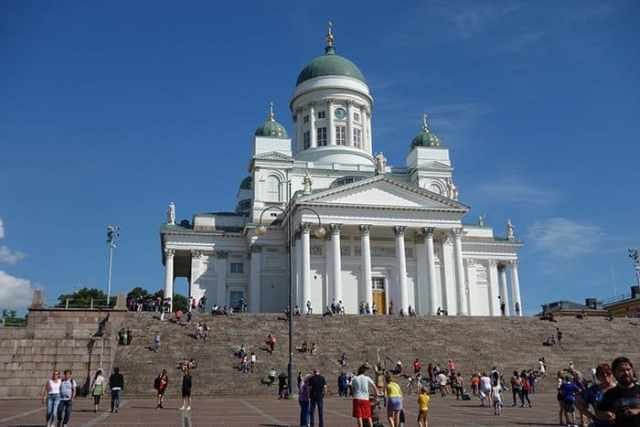 The cathedral sits in Senate Square, the oldest and most historic area of central Helsinki and is made up of many iconic buildings, not only the cathedral, but Government Palace, university buildings and Sederholm house. Many of these buildings gate back from around 1757. 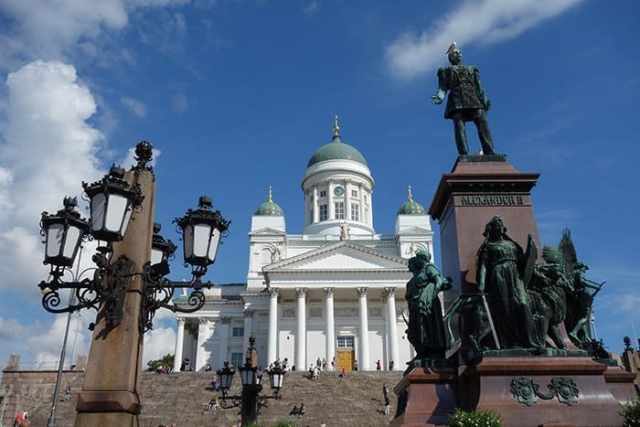 The large area around the smaller harbour of Helsinki is a bustling marketplace where people come to meet, eat and be merry. With stalls, some one the water itself, selling fresh products, mostly fruit, veg and seafood. There are then others that sell amazing cooked food, the local delicacies creating a wonderful aroma surrounding the square where you can sit back with a cold beer and enjoy the picturesque and energetic scene. 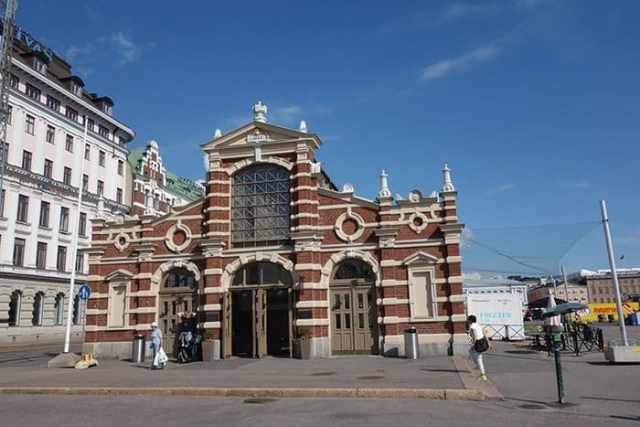 History also surrounds this square with my statues and fountains telling the story of the city. However it is the striped brick Old Market hall. This striking building has continually served customers cheese, fish, vegetables, spices and tea since 1889 and still sells the best the cities markets have to offer to this day. 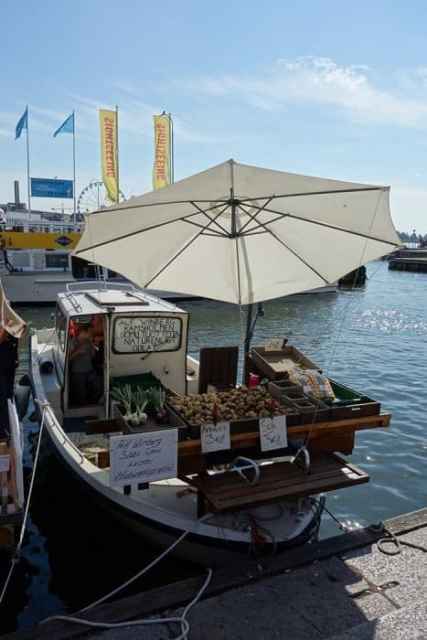 We booked our Tallinn to Helsinki ferry return tickets a day or so before we intended to travel via DirectFerries.com and they cost around £50-£70 for a return trip each. It isn’t the cheapest way to spend a day that is for sure and we even took over a packed lunch! 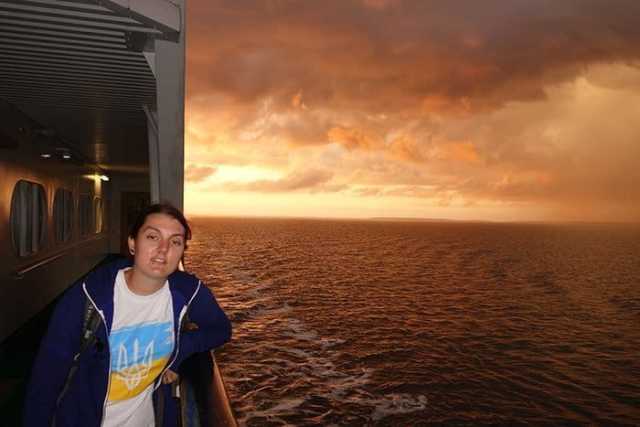 The Tallinn to Helsinki ferry crossing takes between 2 hours and 3.5 hours, for some reason our return journey seemed to take over and hour and a half longer! But we had entertainment in the form of a band and a clown, bars, restaurants and even a “disco”, supermarket and rooms people paid a fortune for on such a short journey!! This made for one of the most surreal experiences on our entire trip, it was like a really weird and dated cruise! It was however a comfortable journey and was a humorous way to pass the time on the Tallinn to Helsinki ferry!

Helsinki it turns out was a fascinating city full of wonders both natural, historical and cultural. We very much enjoyed heading back over to Western Europe and into a region we had never visited before. However we must say that despite having a great day in Helsinki we in fact preferred Tallinn and felt it was much more beautiful and admit to also being partly put off by the crazy expenses in Finland. However we really would love to come back to Finland and explore the country further, especially in the north where we would love to do on of the the incredible Scandinavian Tours in the future to see the real beautiful of this region. 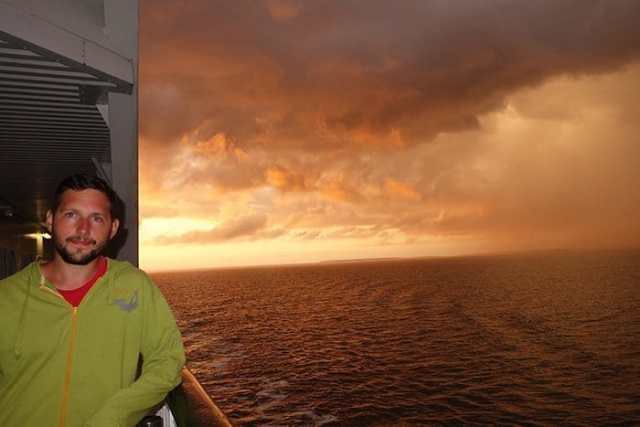 Have taken the Tallinn to Helsinki ferry ? 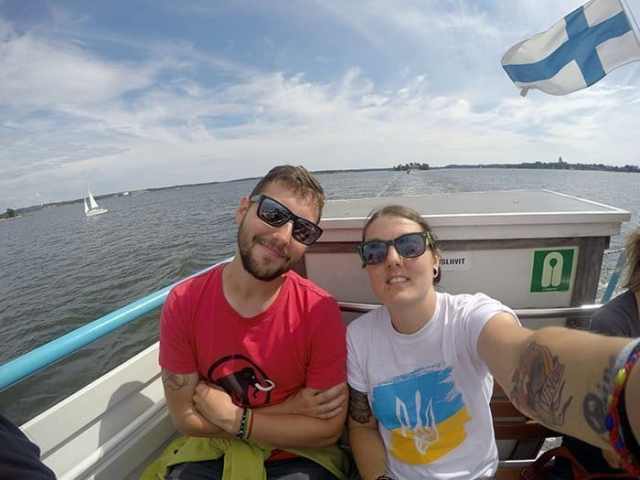 Book your tour for Helsinki or Tallinn here:

Travelling and especially backpacking is a wild adventure, but make sure you are covered just incase something goes wrong, which if you’re living it up to the fullest it’s always a possibility! Is Turkey safe? Yeah, but you still need insurance!
Check travel insurance prices with World Nomads here!

I love Scandinavia but they are expensive to visit. I’m impressed you managed Helsinki in a day! I feel like there’s so much to see there though, did your brief trip make you want to go back and stay at least one night? It’s funny, coming from NZ where the rest of the world is bloody miles away, I marvel at how in Europe you can just pop over to another country for a day.

Yes, so expensive, that is why we just spent the day there. The ferry from Tallinn only takes a couple of hours. We just came and went in one day, too expensive to stay over! Tallinn is much cheaper and actually somewhere we thought was nicer. We would like to see other areas of Finland but we found Helsinki to just be ok!

I love Suomenlinna! I actually stayed in a hostel on Suomenlinna while I was in Helsinki, and then I took the ferry to Tallinn for a day. Now I want to go back!

This was the best bit of the day for us, such a cool place, would have stayed on there for sure.

The Temppeliaukio Church looks cool but the Cathedrals are amazing as well. Great idea to take the ferries iver

Yes, such a unique place it really is quite cool and well worth visiting!