Heading in to Romania after 3 weeks in Turkey, back into Eastern Europe and back on our original route we were unsure what to expect. In many ways it almost felt like coming back home, back to the familiar sights, sounds and smells of Eastern Europe we had become so used to and loved to much. But Romania stood out to us, the mixture of cultures that both keeps the traditional gypsy ways alive in the stunning countryside and also the youthful, vibrant and open atmosphere of the cities. Bucharest seemed represent the many sides to this country, tradition, history and the future. Here we found a country that in the end we rated as our favourite on our 4 month journey through this region!

Head inside the huge palace of parliament building

The fact that its a palace should be a give away to how special this building is! It’s not just another fancy place to house the countries government but the worlds second largest administrative building in the world after the Pentagon. Construction of this gargantuan structure started in 1984 by the then communist government in a style very much related to the Stalinist one popular earlier in the century. 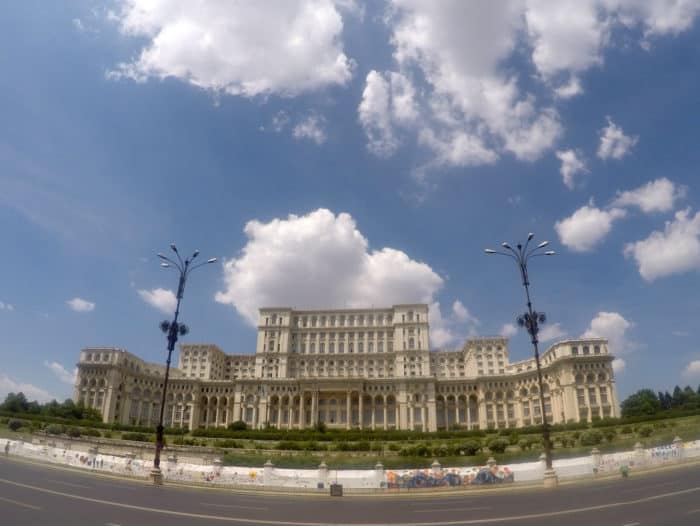 Unlike many buildings from this communist era of Europe the Palace of Parliament has been retained and is now seen as a symbol of hope against oppression and a reminder to never forget the past. The huge building is open for public assess for a fee, but remember to bring your passport first! Tours run often, but to get in you have to go through some pretty strict security! The inside is richly decorated in materials only sources from within Romania, it even contains the worlds largest set of curtains and carpet! 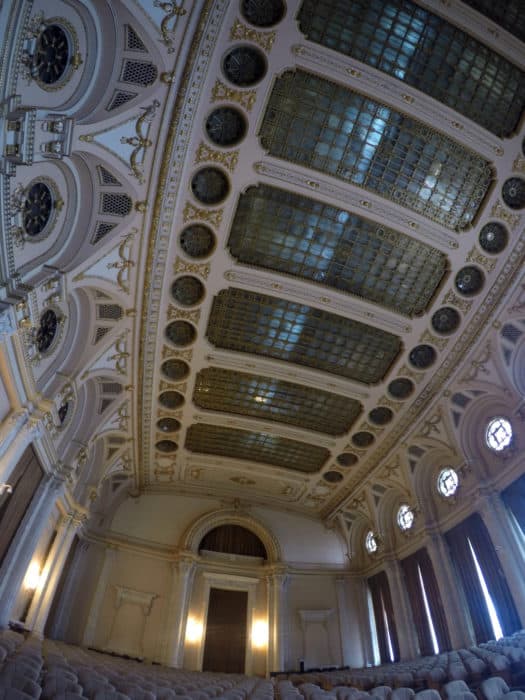 In a far corner of the city in the beautiful Herăstrău Park is this magnificent open air ethnographic museum. Opened in 1936 this wonderful museum is like stepping back in time, it contains over 272 authentic peasant farms and houses from all over Romania and Moldova. 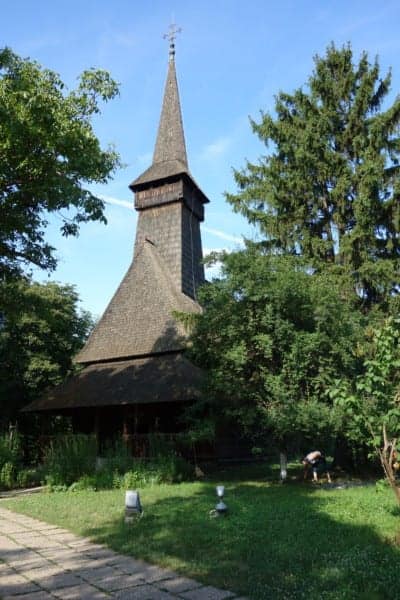 It feels like walking around a magical village in the middle of the wilds of the country, you very much loose the sense that you are in the capital! Here the houses date as far back as the 1700’s and have been moved from their original locations in which they were derelict or endangered and rebuilt here as a way to preserve the unique heritage of Romania. A truly wonderful experience! 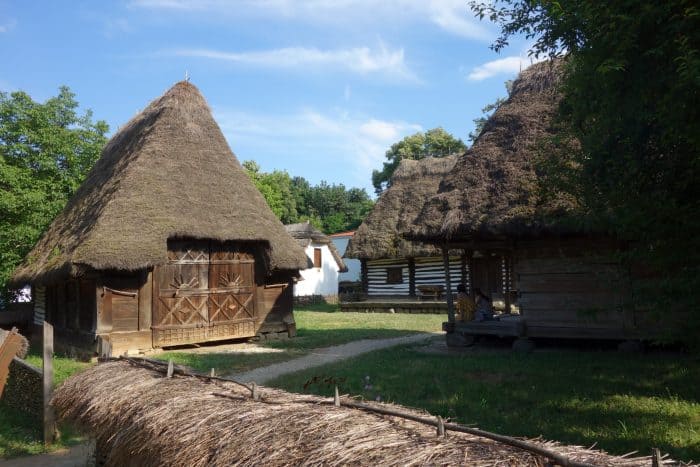 Have a trendy and experimental coffee!

Romania might be a traditional country but Bucharest is a modern, trendy, youthful and happening capital city. Here coffee culture is on the up and there are several amazing and experimental shops for connoisseurs to try! The Origo coffee shop has to be up there with the best. Get their home ground coffee boiled up in a series of conical above bunsen burners. Here the baristas serve up the menu like it is a collection on fine wines, such is their knowledge and the quality of their coffee. 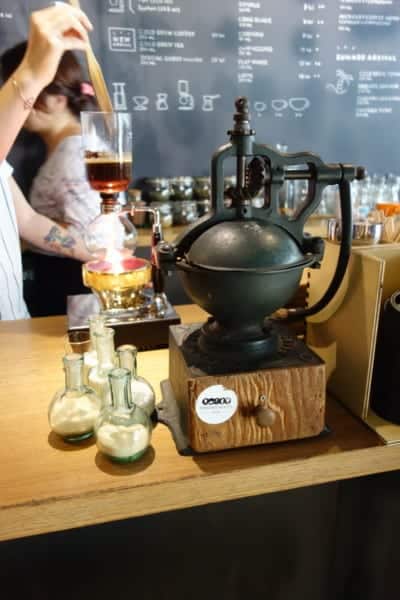 It might be a hipsters paradise but if you love coffee then you won’t mind the queue for this popular and well designed venue which includes a 276 cup installation hanging off the ceiling. They also serve desserts and French patisserie and cocktails in the evening, a testament to the developing coffee culture in Romania and the amazing Bucharest nightlife that just has to be experienced. 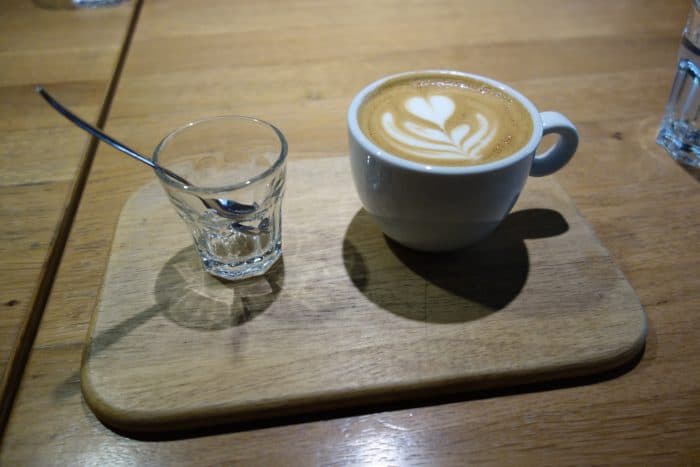 Built in 1724 this is one of the many beautiful monasteries and churches that characterise this city. Constructed in the  Brâncovenesc style the monastery has suffered over the years due to demolition, earthquakes and disuse, mostly during the communist era of Romania. 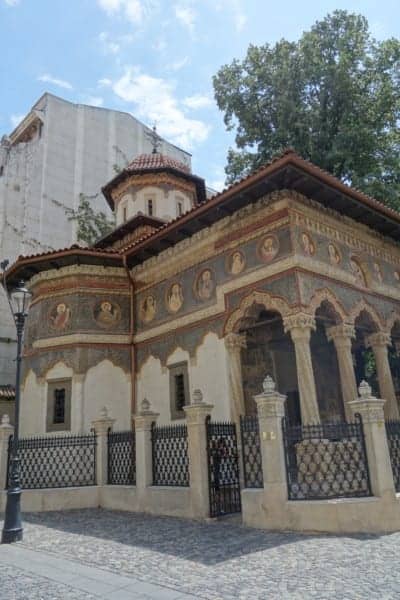 The church has since undergone a series of major restorations on the structure and internal decorations of the church and surrounding buildings. Today it is a wonderful, beautiful and detailed examples of architecture as well as home to thousands of ancient books, wall paintings and icons rescued from various churches over the period of destruction by the communists. 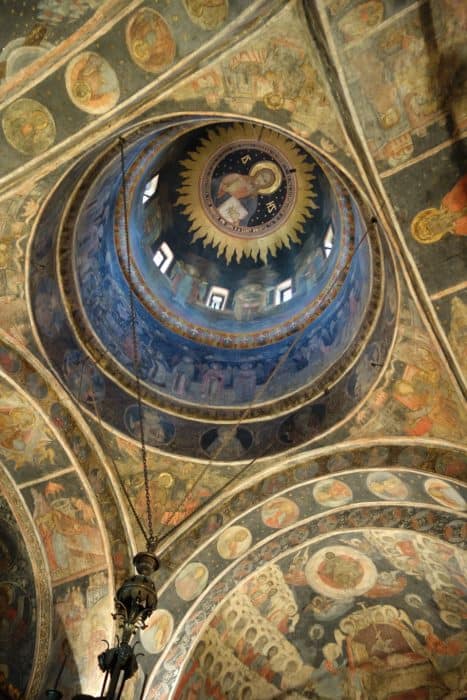 Known as Centru Vechi by the locals this area is widely considered to be where the city was founded and is all that is left of pre WW2 Bucharest. The city was extensively bombed during the war and in subsequent years much of what remained was destroyed by the communists, this area however remains as a beautiful example of old Bucharest. 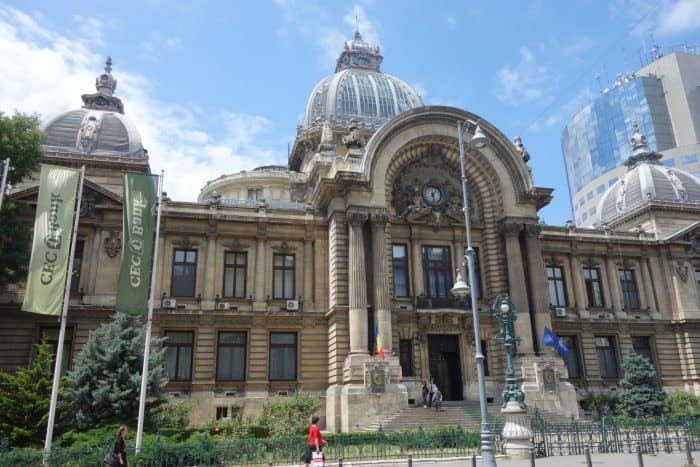 The Old Town has changed over the years, from 1989 until the late 2000’s this neighbourhood was rundown and a rather unsavoury place in which to find yourself. The area developed naturally rather than being a result of an initiative or because of investment, this meant many restaurants, galleries and bars opening up in rundown buildings. In recent years however the government has stepped in to resolve the safety issues and it is a booming and trendy area to explore. 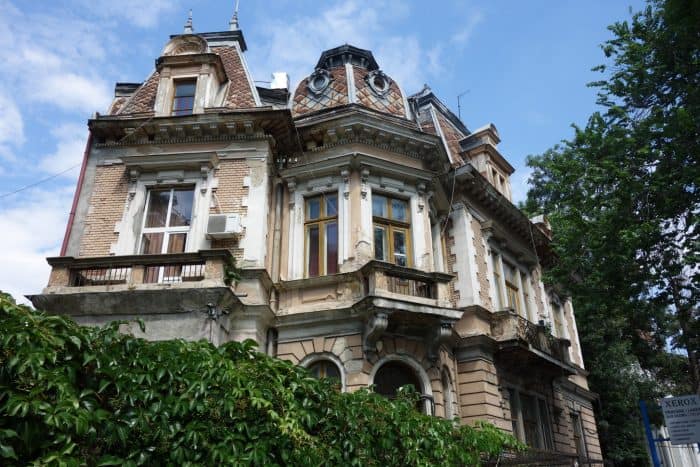 One of the main boulevards of the city wandering down this historic street you will encounter many of the city’s oldest and most grandiose buildings. Take in the National University Library, Cercul Militar Național, Romanian Atheneum, Cantacuzino palace, CEC Palace amongst others as you wander down to Revolution Square. Not only is this street a delight to stroll along but it is also part of the historical fabric of the city and the country as a whole. 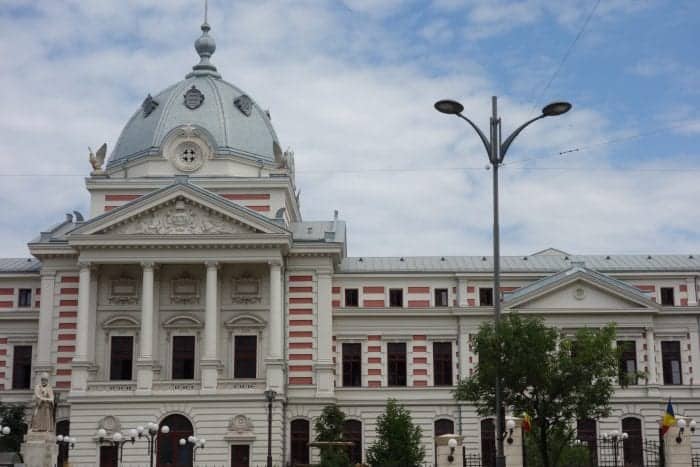 Having been known initially as Ulița Mare (Large Street) it was then known by Drumul Brașovului (Brașov Road) as it was a trade route over to the Transylvanian city of the same name (which we later visited!). It was also one of the first roads to be paved back in 1692, initially in wood before being upgraded to cobbles and eventually tarmac! The initially paving cemented its place however as an important road in this region, a source of pride and a fashionable place to live. 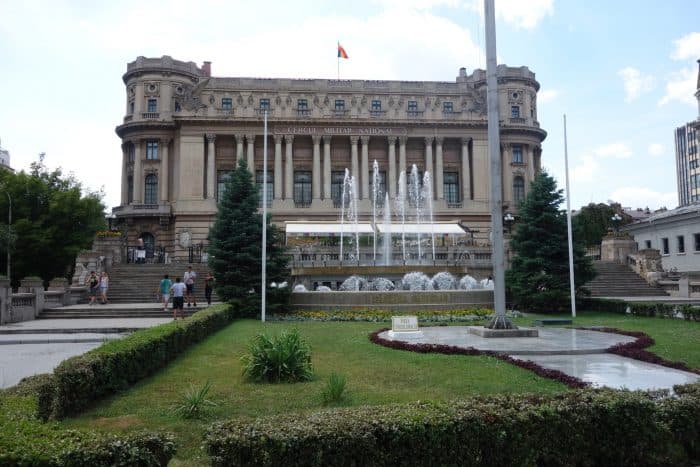 One of the most important squares in the country it was known as Palace Square prior to being renamed after the 1989 Romanian Revolution. Named previously for the former Royal Palace that sits in the square, this lavish building is now home to the National Museum of Art of Romania as well as several other impressive buildings such as the Athenee Palace Hotel and University of Bucharest Library.

If you want another experience that relates to the revolution here you can also take advantage of the fact that shooting clubs are easily accessible, cheap and safe in Romania. The Bucharest Shooting Club is one of the best in the region where you can try out live weapons including an AK47! 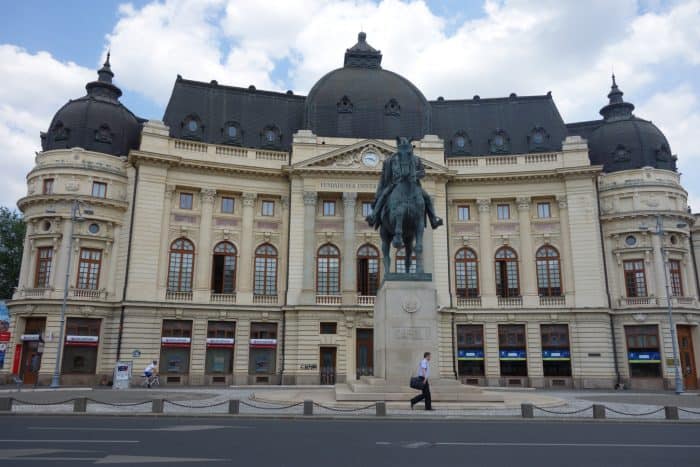 However the most famous, or infamous features of the square have to be the former Central Committee of the Romanian Communist Party which is now home to the ministry of Interior reform. This was where former leader Nicolae Ceausecu and his wife fled via helicopter after being overthrown in this very square. Rather controversially also here sits the “memorial of Rebirth” which memorises the revolution and those effected by the communist regime in Romania. The design split opinion and as a result became nicknamed “the potato of the revolution”. Vandalism in 2012 resulted in a splash of paint landing just below the “potato” resulting in the sculpture appearing to bleed and quite possibly adding that symbolism of the suffering it originally was criticised for lacking. 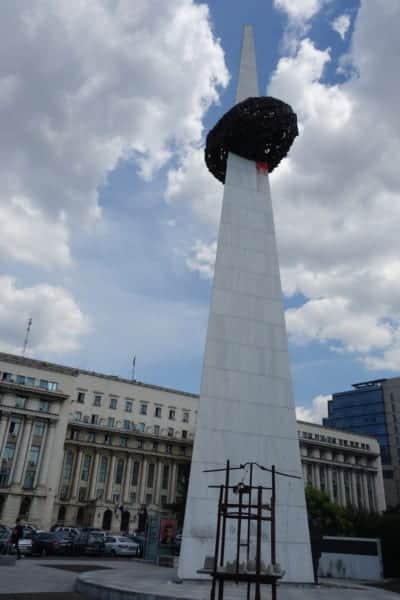 Known as the Old Court Church and being built between 1545-1554 it is the oldest church in Bucharest and one of the most beautiful. The church was extended in 1715 and the current frescos that are still visible adorning almost every surface today date back to 1847. The design of the church reflects that of Moldovan influences and has recently been renovated to reveal the stunning original brick work patterns created in rows and vertical bands as well as brick niches and cornices. 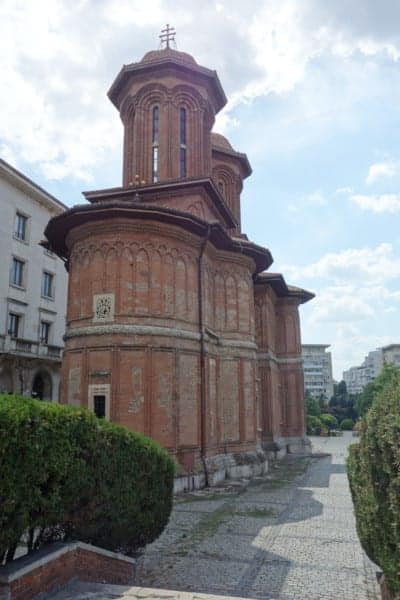 Have you ever been to Bucharest? 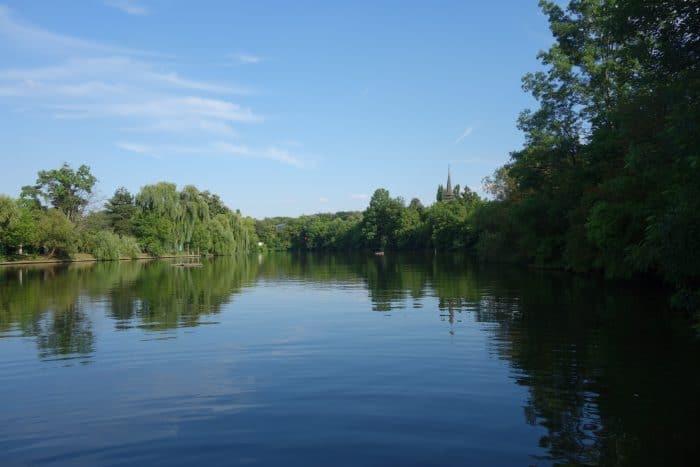 Romania is still calling out to us. We got as far east as Hungary and just didn’t have the time to go any further. For reasons that only world history can probably spell out, Romania is one of those countries that seems to have a myth surrounding it when it comes to being a travel destination. This is the part I like the most as it means that it is stilly highkly authentic and not impacted by large levels of tourism. The places you’ve shown here look distinctly European, amazing and a place I want to visit someday.

Yes, so many misconceptions when it comes to Romania but also the far east of Europe anyway. We absolutely fell in love with the country and can’t wait to return one day to explore more. Highly recommended, we have some more posts coming soon from our time in Transylvania, amazing area!