Venice can be an expensive place and definitely isn’t somewhere on the usual backpacking route. But as we were in Italy and making our way over to Slovenia the easiest way was through Venice…so we decided why not stay for 1 night and make the most of the time we have in this wonderful city. Being on a tight budget and timescale meant we have to be strategic with where we went, but having roughly 1 and a half days to explore we feel we saw the many sides to this city even in such a short space of time.

We got a great last minute deal from Agoda to stay right in the centre of Venice. It was a little bit of a walk through the island from the bus station but it meant that by staying in the centre we could maximise our time in the city. If you are only visiting overnight then staying off the island will mean you miss out on quite a bit of time in the city so you do have to compromise somewhere if you are taking a short trip because of price. We got a good deal on Agoda/ booking.com for a small B&B.

If not then you could always just take an early day trip and do a full day in the city and then go back to your accommodation in another city. We also considered looking for storage in the train station but decided that one night was the best compromise on price and also making sure we saw the city. 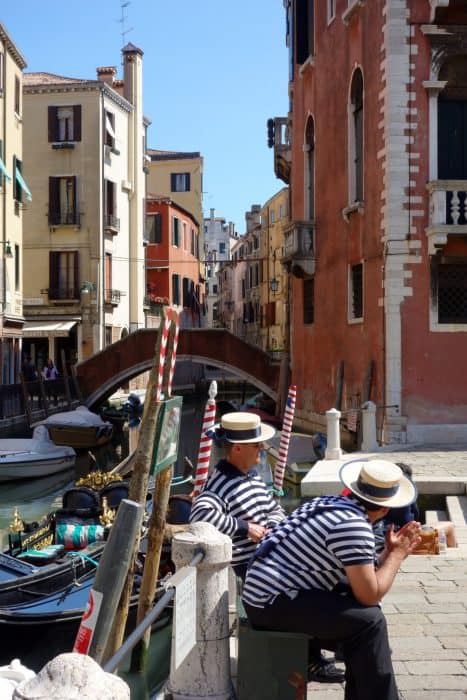 Cheap trains and buses run into the centre. We took the regional trains all the way onto the island from Badia (which is in the middle of nowhere and really hard to get to/ from). The regional trains are slower but at least a third cheaper. Flixbus also run several routes from the station on the main land. We took the Venice to Vienna service to Ljubljana and there are also others going to other parts of the country and Europe for good prices.

Once on venice your best option for transport is to walk! It is actually a lot bigger than you might expect so you can get the occasional water bus too, but be wary of the water taxis or gondolas if you are on a budget! 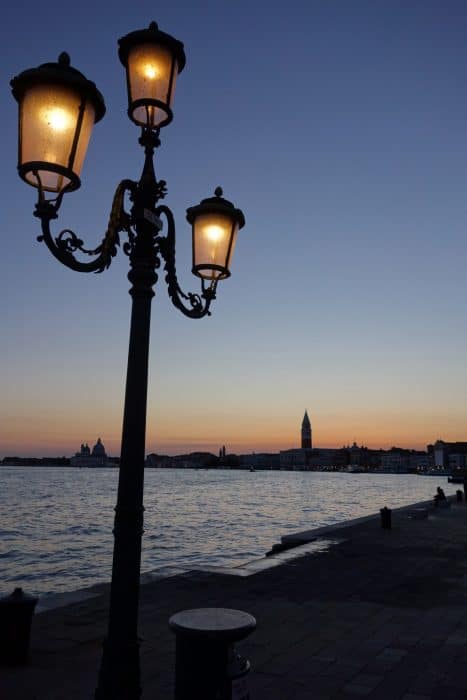 What to do for an overnight stay in Venice!

Work out your timing, is it better to take a day trip from another nearby city you are staying in, my brother did this recently from Florence and still had plenty of time to see the city on an early and late train. Or is it better to book an overnight room, get in to the city early and store you bags, explore the city, check in in the evening and then check out early and store your bags the day after for a late evening bus or train out. If you get your timings right and make sure you have somewhere to store your bags you can easily get in enough hours to have a good explore! Venice from the water is a must do, this city is built on the famous canals and you just have to experience it from the heart of the city. Taking a gondola will set you back around 80-100 Euros – not very budget friendly! But fear not, you can still get your boat ride now the grand canal! Hop on board the water bus to see how to locals get around, the bus does run mostly down the larger canals and outside of the island but you can take it to get to some really off the beaten track areas of the city as well as see the most famous stretch of canal in the world! 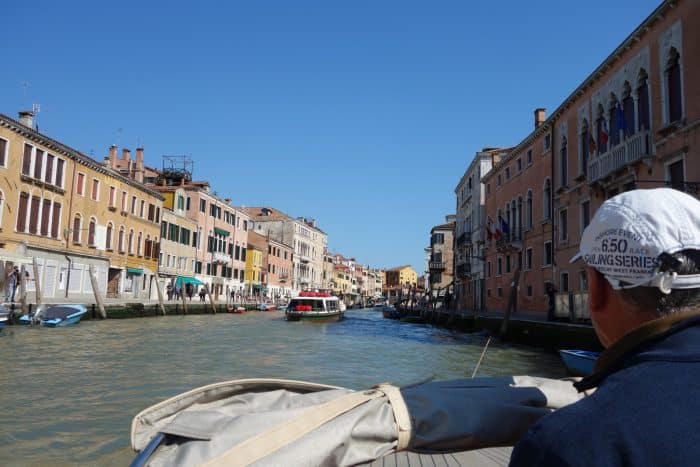 St. Mark’s square might be a where the tourists swarm but nevertheless a trip to venice isn’t complete until you have stood in wonder here! For us the queues to get into the duomo and the tower were just too big and the price just a little steep, but that doesn’t mean you have to miss out on the chaos and serenity of San Marco!! If you head to the square earlier on in the day or later at night then the crowds are generally a little more manageable and the true beauty of this classic location more apparent! 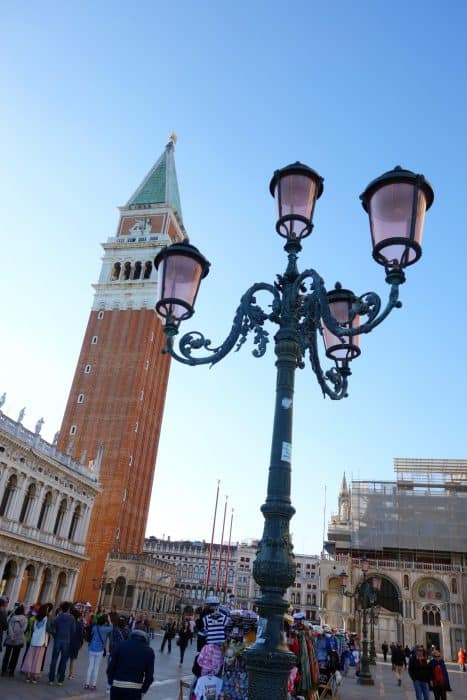 The bridge of Sighs/ Palace of Doges

Another must see is the famous Bridge of Signs and the palace of Doges from which is emerges. The queue might be around the block to get inside the palace but the bridge itself is free to view. See where prisoners would take their last sighting of Venice and of freedom as there were carted off to prison from what once was the court of Venice. No wonder they would sigh as they knew they would never explore this magnificent city again! Watching a gondola elegantly float below the bridge is just the perfect venetian scene! 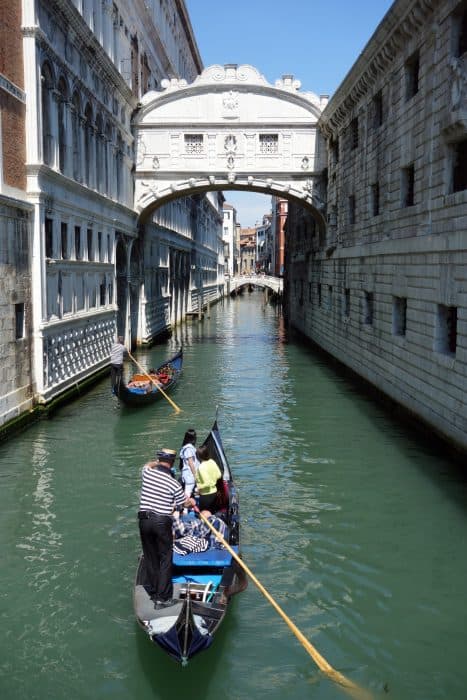 The oldest and most ornate bridge than spans the Grand Canal again is something that you can see for free! This bridge join San Marco with San Polo and was constructed between 1588 and 1591! It is quite unbelievable sometimes when you consider the age of most of the buildings and structures in Venice. That is one of the really unique characteristics and the fact they rarely built anything new that keeps that feeling of stepping back in time. One of the architectural icons of Venice this grand span was considered outlandish even for Venice at the time! 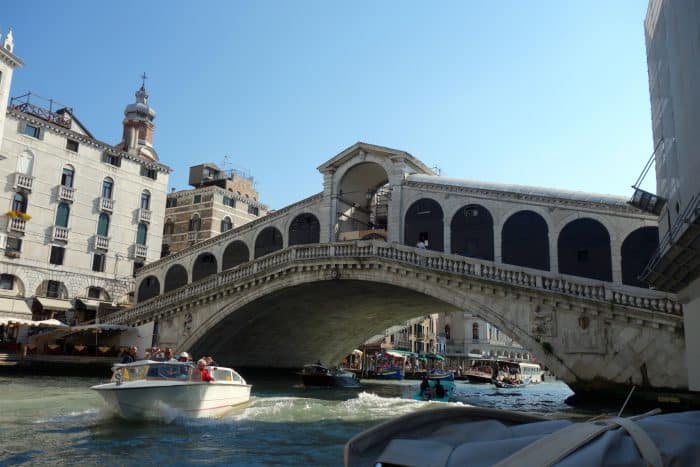 Just across the grand canal is St. George’s Island, the tower can been seen from the docks of the gondola’s just passed St. Mark’s but it often goes unexplored. Just a short hop on the water taxi and you can ascend the tower for only 6 Euros, from here you will be treated with the best view in venice! Most people head up St Mark’s Campanile whilst fighting back fellow tourists, up here the view of the whole of Venice from San Marco to the Lido is magnificent! 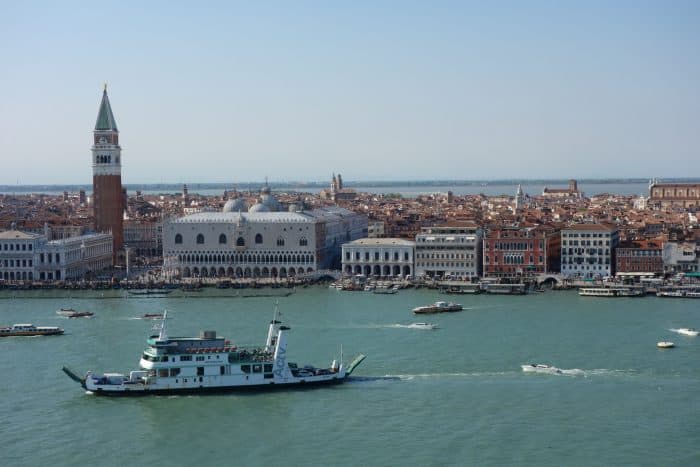 Wander into some of the smaller churches

Many of the larger churches on Venice are expensive to visit and packed full of tourists all getting that same shot. If you wander the narrow streets a little you will be sure to find some smaller and more local churches to explore. These will be free to enter and have a much more intimate atmosphere. There are a total of 139 churches dotted in all corners of Venice, so plenty to explore that will not be rammed full of tourists, some of the very local ones have a very authentic feel to them. 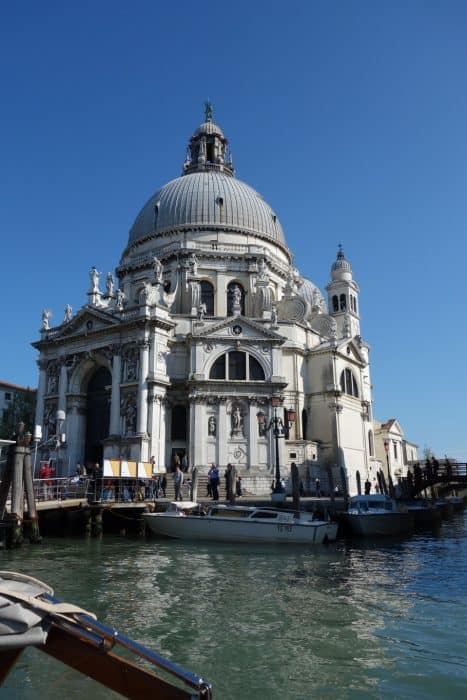 The beauty of Venice is that you can explore on foot, even just a few minutes from San Marco you can find yourself in some very rural and off the beaten track areas of the city. We loved to just get lost and explore the high and narrow maze like streets and tiny canals. To just walk, sometimes far from the main areas of the city and see how local life is in this unique city. To see kids playing football in the squares, women hanging their laundry out over the canals and old men enjoying a coffee and a game of chess on the terraces above the old and crumbling houses. Real life can sometimes be the most interesting thing to discover!

We are looking forward to returning to Venice in the future and spending longer here and exploring further afield. We are keen to look at how to visit Burano island too. 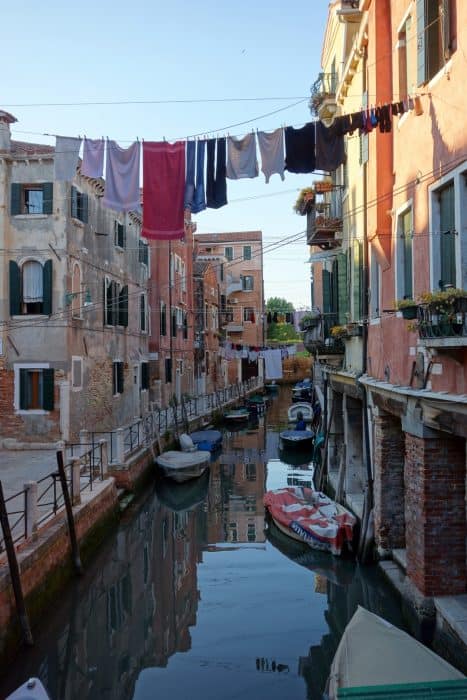 How would you spend an overnight stay in Venice if you were on a budget? 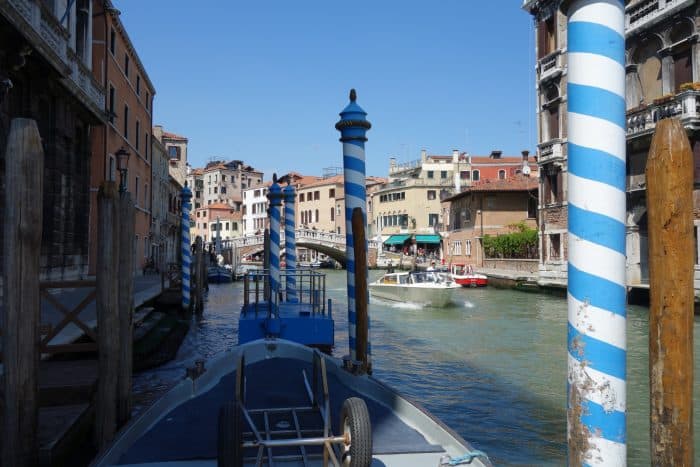 I went to Italy a couple of months ago and decided against Venice because it was so expensive! Good advice with finding something cheap on agoda, you can really be lucky there sometimes.. I have to visit Venice at least once 😛
Maria @ http://momentumtravels.com

Yes we got quite lucky but could only really afford one night. We hope to go back in the future and have a bit longer there. But we got to see quite a lot in 2 days and it was worth the effort!

I really love Venice, a true architectural and engineering marvel. It may be busy and touristy, but I can forgive all that when you get to wander into its maze of canals. It can be expensive, so a budget guide is really helpful.

Yeah very true, even with the tourists we loved it and it is easy to loose them as they circle around one area!!

I’ve not been to Venice, but it’s pretty near the top of my list. I love the canals and the pictures make it look so beautiful.

It really is so stunning, even more than I thought it would be.