Sarajevo is city scared by the conflicts of the early 1990’s, for many people the name itself conjures up images of the war. It is true that wherever you go in this country, there is evidence of that awful period in European history. But not all those that remain are a symbol of hatred and destruction. The tunnels are an example of the power of people to overcome adversity and their eternal hope. 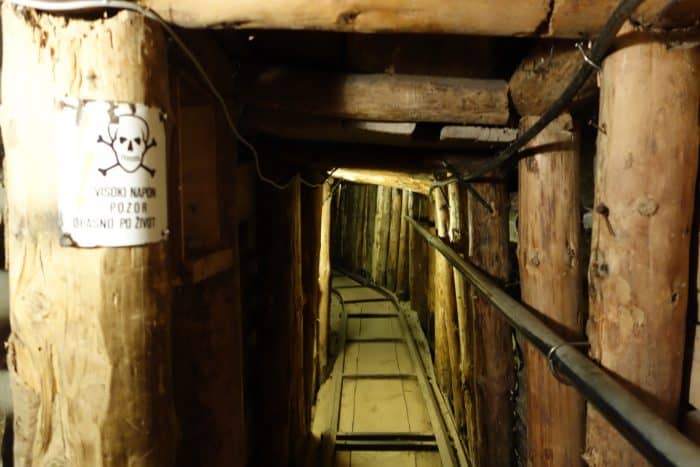 Construction of the tunnel began in secret on 1 March 1993 under the code name “Objekt BD”. There was a total of 2,800 square meters of soil removed, to be replaced by 170 square meters of wood and 45 tons of steel that became the tunnels structure. There was a lack of skilled manpower, tools and materials when construction began and subsequently the tunnel had to be dug by hand with shovels and picks with the soil then having to be removed with wheelbarrows. The tunnel had to be dug 24 hours a day by workers, who were putting in 8 hour shifts digging from opposite ends.The construction had been financed by the state, the army and the city of Sarajevo, whilst the workers got paid one packet of cigarettes per day, but these were an item in high demand and a prized bartering possession. One of the biggest obstacles to overcome was the underground water, which had to frequently be bucketed out manually. 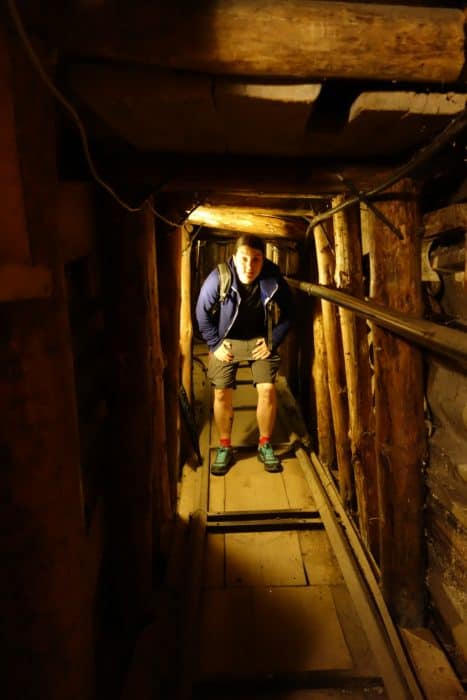 The construction of the tunnel was completed on 30 June 1993. Built by the Bosnian army, the tunnel created a link from Sarajevo (which was surrounded by Serbian forces) to the other side of the airport which was controlled by the United Nations. It linked the neighbourhoods of Dobrinja and Butmir which helped provide food, war supplies and humanitarian aid to come into the city, and also allowed people to escape. 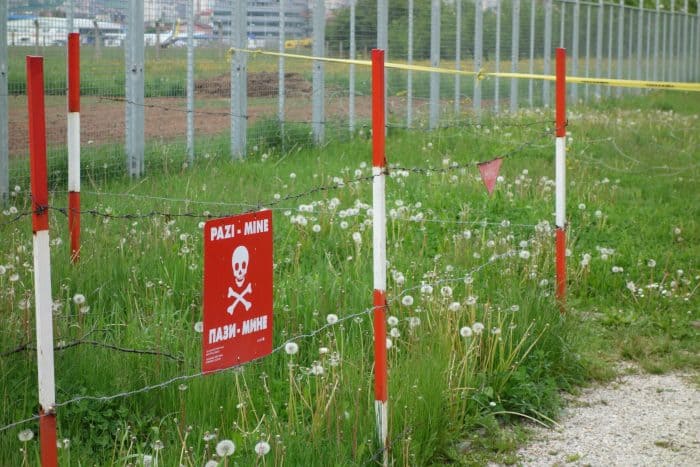 During our stay in Sarajevo it was important for us to visit some of the museums dedicated to the Bosnian war, as we wanted to learn more about the atrocities which we grew up seeing on our TV screens. It wasn’t until we arrived at our hostel that we found out about the Sarajevo tunnel and how much of an important part it played during the war. After reading about the tunnel tour from the leaflet, it had convinced us to take a visit, but not wasting our money on the tour (which was 15 euro per person, not exactly expensive but it can be done much cheaper) we asked the guys at the hostel how to get there ourselves, after explaining which tram to take and after that which bus plus some walking, we were off to an important part of history in Sarajevo. Once we finally arrived at the tunnel museum there was a guy stood outside the entrance asking us if we had our tickets ready, obviously we didn’t as he saw us walking down the road towards the tunnel museum. He said that we needed to go back and purchase them in the town where got off the tram! Just as we were about to get really frustrated and annoyed he started laughing and told us the ticket office was just around the corner! Not funny if you ask me! 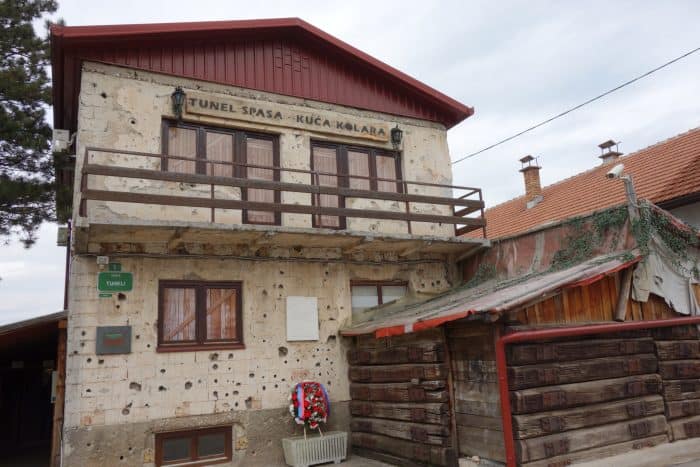 The first thing we wanted to do was to see the tunnel itself, so we followed the signs under a canopy which was full of military items and old bomb shells hanging from the ceiling, it helped create a feel of how it would have originally looked. Before you reach the entrance to the tunnel there are a couple of rooms which house more old military items including, guns, uniforms and ammunition crates along with descriptions and photographs. 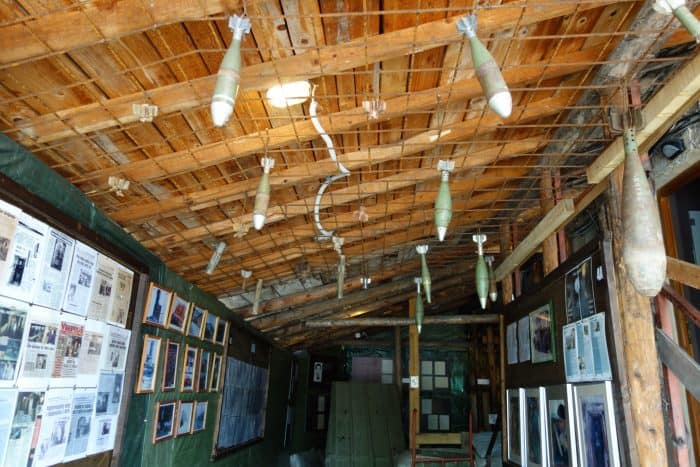 After reading all about the Bosnian war and about the tunnel and what it was used for, we headed straight down to the tunnels entrance. There is a small set of wooden stairs leading down into the dark and narrow tunnel, this is exactly as it was during the war, the cart tracks still remain along the floor and I’m not exactly tall and I had to crouch down most of the way through, so I couldn’t imagine what life would have been like having to work full days down there. Thankfully for us though, the tunnel was only 20 meters long as the remainder of it has had to be blocked off for safety reasons because it runs under the active Sarajevo airport. 20 meters is certainly enough to get the feel of how hard life would have been for these unfortunate people, but however uncomfortable this tunnel might have been, it still saved so many lives during the war because of it’s huge impact on the people suffering during this time of conflict. 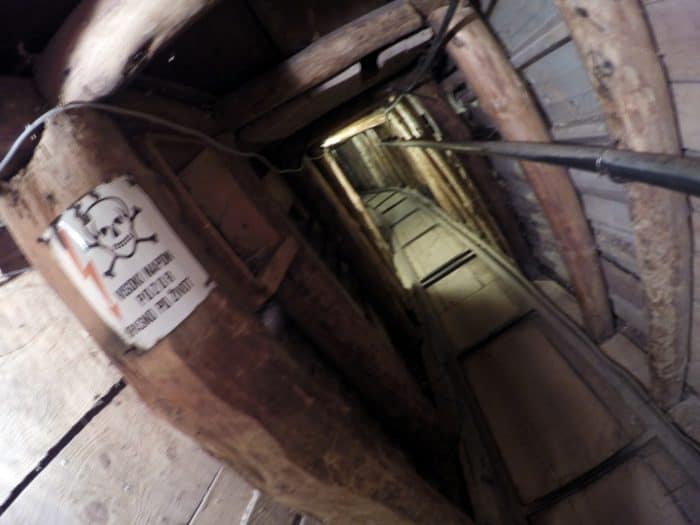 When we emerged from the tunnel we headed over to the final exhibition piece, which was a room showing videos and pictures of the siege on Sarajevo. It showed the whole city devastated in the midst of the war. The most shocking scene was the main town hall engulfed in flames. Seeing the town hall and the city how it is today, you can’t even imagine that there was a war here only two decades ago. There’s only really a few reminders in the form of a few scattered bullet holes here and there. 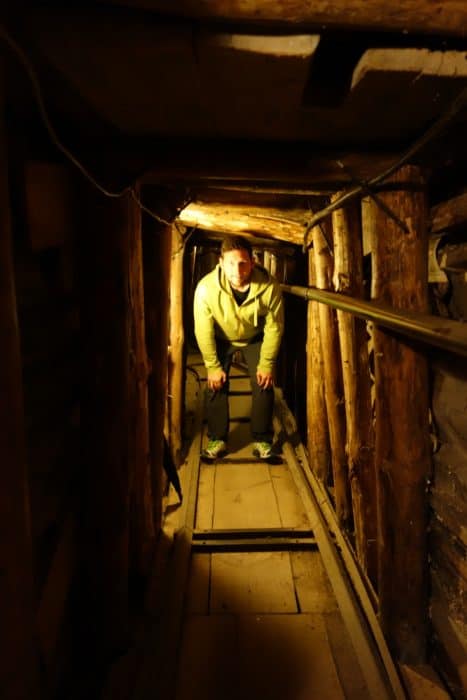 Although the tunnel itself is actually rather short, it still gives you the sense of how tough life was for those people who had to use it. It’s definitely something that you should go to visit if you are interested in the war in Bosnia as it helped save so many lives. 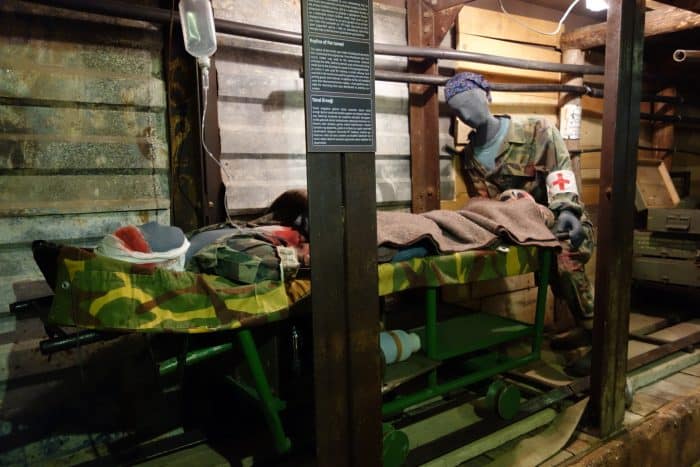 How to get there:

Take tram number 3 from the city centre to the final stop which takes around 30-35 minutes. Then switch to the Kotorac bound bus number 32 which takes around 10 minutes, but ask the driver where to get off for the tunnels, it is at a turn around which is maybe the last stop at the Tilava bridge. Once off the bus, walk across the Tilava bridge and turn immediately left down Tuneli for around 500 meters. The bus runs around twice hourly on weekdays but only every 90 minutes on Sundays. We decided to walk back to where the tram stopped which took us around 30-40 minutes. 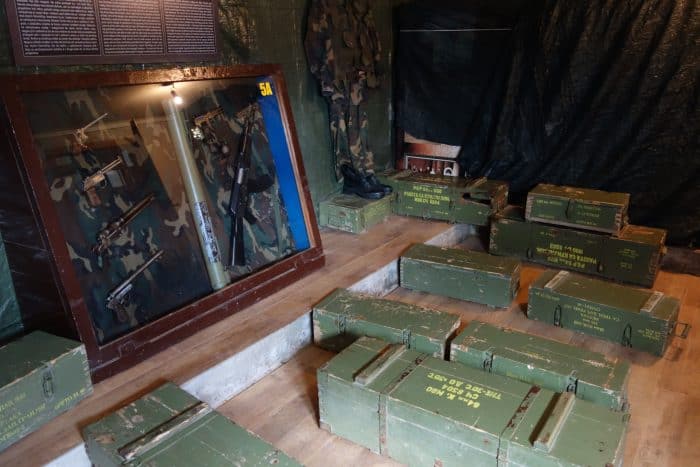 The public transport is really cheap which is why we decided to do it that way, but alternatively there are numerous tours with the benefit of tour guide for around 15 euros per person if you want to do it that way.

Have you ever explored the relics of the Balkan war?

Here is some from David Harland, who was a witness for the prosecution, against Karadzic, yet his own reports, and he confirms them in court, speak of the Sarajevo government not distributing the UN food to the civilians and interfering with the utilities: Karadzic also quoted extensively from the reports that Harland wrote during his time in Bosnia. One report (exhibit P835) said, “Power (and hence water) and gas began to flow to Sarajevo. The sporadic nature of these supplies appeared, as before, to be caused more by the interference of the BH than by the Serbs.” Harland confirmed his… Read more »

The tunnel was controlled by the ARMY and was for weapons and military men, as well as political leaders such as unelected President Alija Izetbegovic. The airport was handed over by the retreating Yugoslav army (JNA) early in the war (end of June 1992) to the UN – and it was on condition that it was for humanitarian supplies and such only. However, the UN did allow and even help smuggling of weapons and fighters. Also, Sarajevo wasn’t surrounded on the north. Any map of the forces shows the vast mountain ranges on the north and running in a wide… Read more »

Glad to see that you got to visit the War Tunnel! The site is quite moving and the story behind it – fascinating!

Yes. It’s a little far out but very moving.

Really loved reading this as I have had a fascination for the history of the Balkans war since visiting Croatia. The tunnels are incredible and I will definitely be seeing this when I visit Sarjevo.

Yes. This whole region sparked off our interest in what happened here. This really make a for a moving exhibition.

Wow those tunnels look tight, would love to visit one day if I can get over my claustrophobia!

The are quite toght but not long at all!