As the last strong hold of Yugoslavia and the de-facto holder of the title, Serbia is a country which more than many others retains several communist relics. For us this is an era that we are fascinated with and we often go out of our way to find these hidden or forgotten about remnants of these bygone times. So when we realised that the great Tito, the former leader of this nation of nations and still a hero across the Balkans had found his final resting place here in Belgrade (the once capital of Yugoslavia), we had to pay a visit and along the way found many other interesting finds!

There is nothing more than screams communism than a good old mausoleum for your former leader. Many former Yugoslavian and Communist nations subsequently got rid of these sorts of displays of brainwashed loved as soon as the regime holding them to those feelings fell. But much like Russia still has Lenin’s body on display in Red Square and yet claims to be a capitalist country (I could go on!) Serbia still displays this grave proudly. Indeed the faithful and the curious still flock to see this beautiful resting place of Tito and many people who we have spoken throughout the Balkans still hold him in high regard. 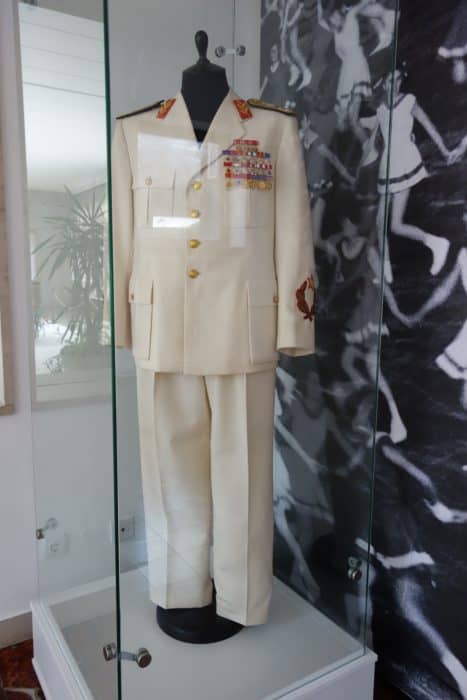 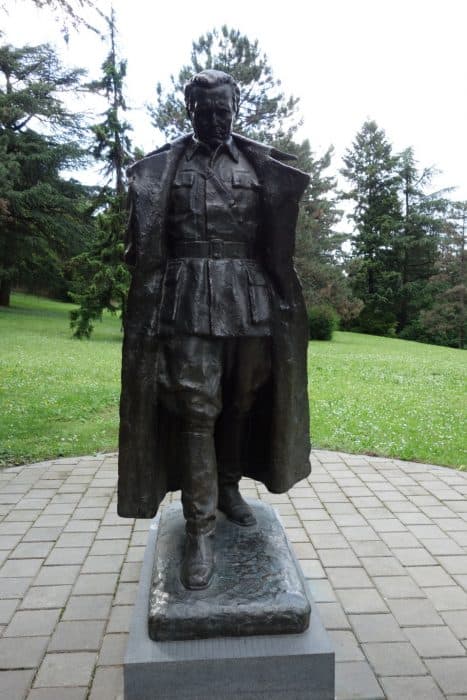 Whatever your feelings on the policies of Yugoslavia, this is a place in history and somewhere you must visit if you hold any interest in this era. The mausoleum itself is quite different to what we expected and is on the former grounds where Tito would work in his later years. The floral display here is really quite and enchanting sight. 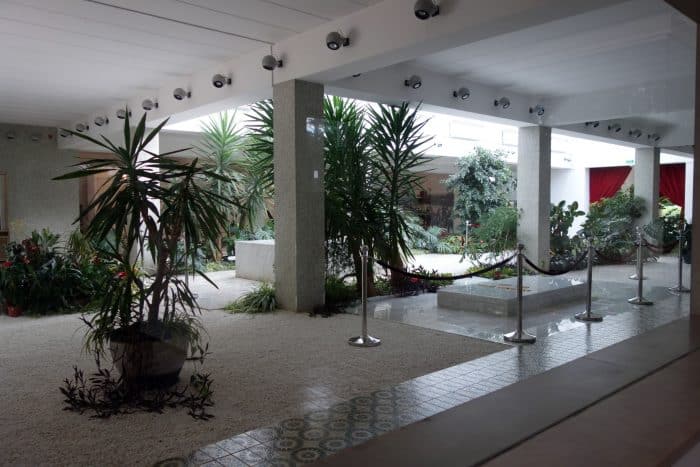 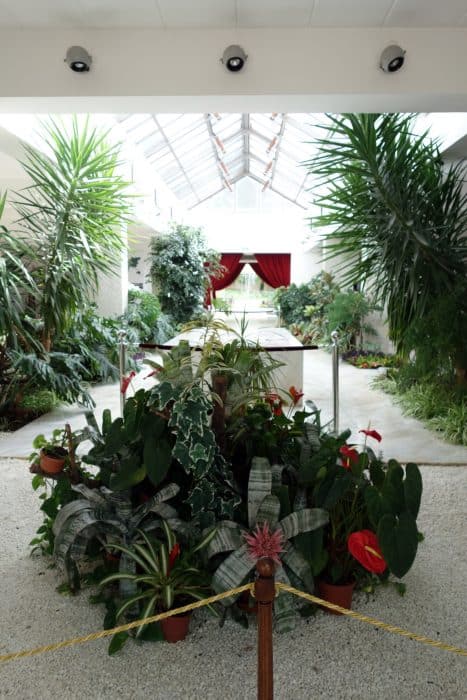 The museum of Yugoslavia

Just in front of Tito’s mausoleum stands the brutalist museum of Yugoslavia. Here there are permanent displays of relics from the history of this great country as well as rotating temporary exhibitions. There is also an equally pomp video all about Tito playing a loop on the lower floors, the loud music and stirring speeches alongside images typical of the communist era, soldiers marching and women and children crying over his death is enough to make the hairs on your neck stand on end. I was interested to see there was an exhibition of posters on display when we visited which, as a designers who is heavily influenced by this style, was fascinating to see! I mean, you only have to look at our logo to see the influence! 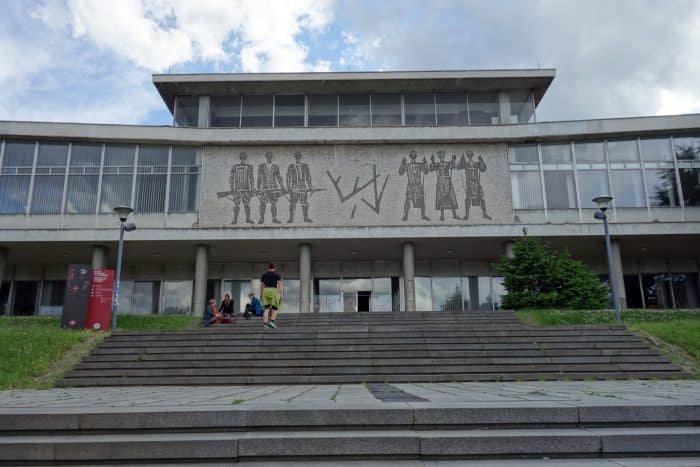 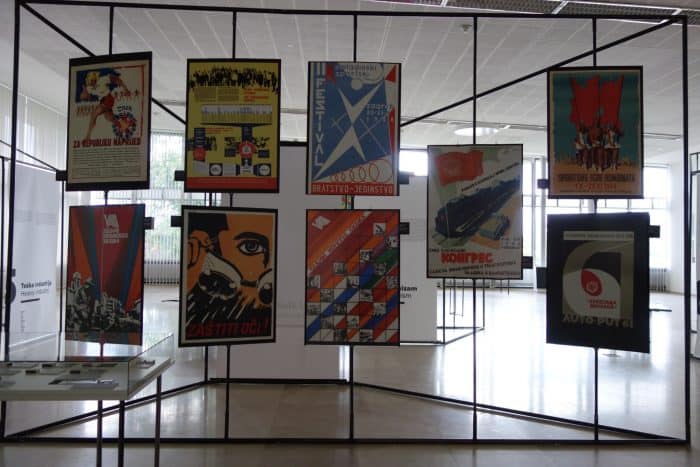 Belgrade was billed to us an an ugly grey post communist city, but to me that sounded more interesting than yet another Austro-Hungarian city! Here the architecture is often harsh and favours function over style, but this was typical of the brutalist style favoured by communist countries. Belgrade is a mish mash of styles from many different eras but the communist one has left its mark more clearly than any other. The city went almost a complete rebuild after the damage of the Second World War in the 40’s and 50’s and that era definitely shines through. 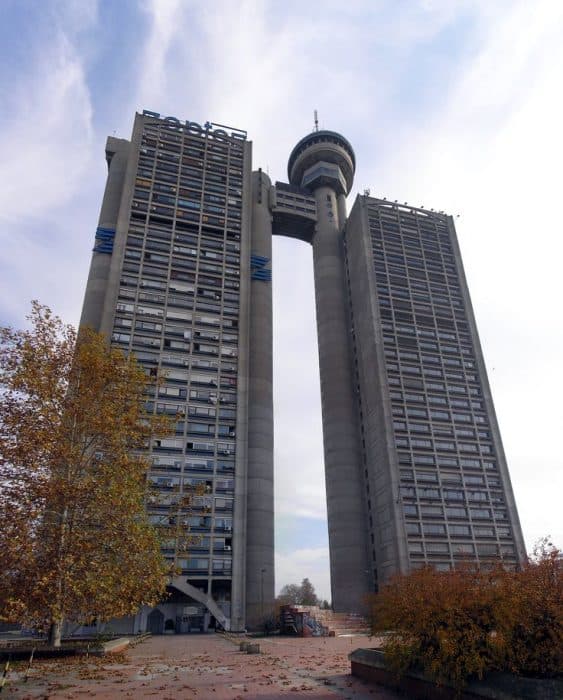 Murals dotted around the city

Whenever you have communist architecture you have murals and reliefs to go alongside them. Belgrade isn’t as heavily decorated in this style as places such as Bratislava but it is certainly there for keen eyes to discover. These images, usually of people working, soldiers or mothers taking care of children were intended to influence the people to work together for the common aim. They were a subtle way to control the people via cleaver propaganda aimed at reminding the people of their roles and their places in society. 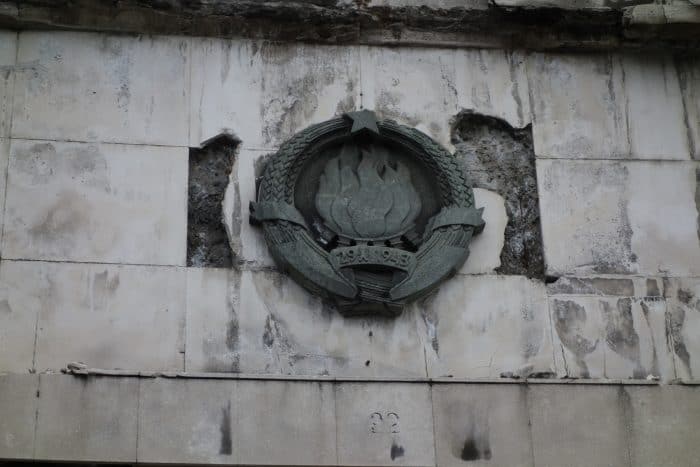 The bombed out buildings

Whilst not technically part of what many of us might consider to be the main history of Yugoslavia these bombed out buildings certainly fit into the picture and could be seen as a symbol of the end of the country. At the time Serbia was still known as Yugoslavia in a failed attempted at keeping this constructed nation alive whilst it seemed everyone else was abandoning ship. The split of these nations resulted in a long and bloody war involving many emerging nations and Serbia was at the heart of the troubles. In 1999 it came to a head when NATO intervened and bombed Serbia to stop their attacks on Kosovo. These building remain eerily frozen in time, gigantic holes blown into the side of once busy government offices. 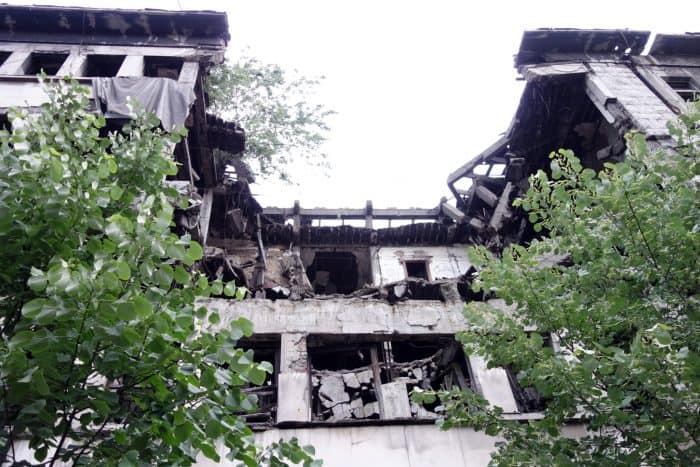 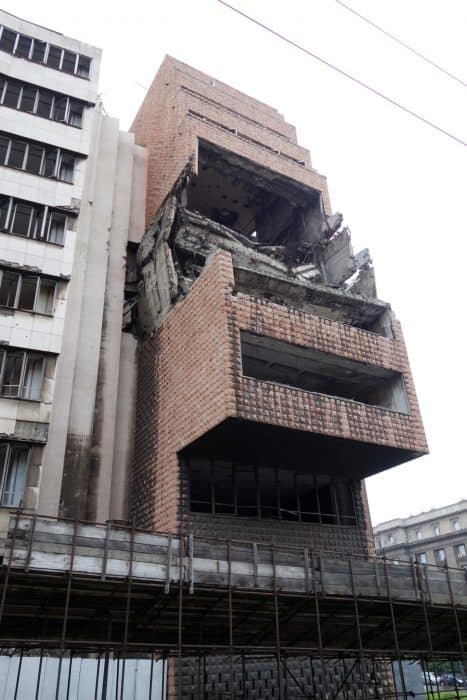 What do you think of the communist remnants in Belgrade?

Visiting the Mausoleum of Lenin… A relic of the Soviet Union!

Serbia will always be one of the most interesting places I wanted to go. Unique and Intriguing. The tito’s grave and the Murals dotted around the city look fascinating.

It is interesting for sure. I think we would like to return and see some more. But titos grave is a huge piece of history.

We ought to be grateful the place still exists at all.

You might want to check out Time Travel Turtle’s posts on Serbia. They’re probably the most eloquent I’ve found so far — they perfectly capture the spirit of the place. They’re also quite informative about the how-to aspects of travel.

Good luck, Jessica, hope you get to visit soon! 🙂