So, you are riding your bike through Vietnam and having the time of your life on this epic journey. Along the way you have been greeted with smiles, waves off Police and generally been treated well. Now you come to Mui Ne to take a break by the sea, explore the huge sand dunes and maybe even do some sandboarding down the side of them…but what’s this, you are being pulled over and suddenly you’re expected to hand over a bribe for not having a Vietnamese license! Welcome to Mui Ne, where the crooked cops see you as a rolling dollar sign! Well here’s how to avoid the Mui Ne police trap!

What’s Going On With the Mui Ne Police? Why Is The Mui Ne Motorbike Rental a Bust?

Well, I’ve not totally got the full story on exactly why the Mui Ne police to have this whole racket going whilst literally no other area, city or town bother to do this. I mean, if they can do it here and get away with it what’s to stop other police join in the game and make some extra money on the side! Some of the stories I have been told about why this came about here relate to the large number of Russian tourists in this area. Like Benidorm in Spain which at this point is more like a British camp for the drunk and disorderly, Mui Ne has been pretty much taken over by Russian tourists which is what makes Mui Ne motorbike rental a nightmare! In truth we didn’t like it much here but it makes a convenient stopping off point and the coastal roads are rather lovely to ride along, but prepare to enter a Russian twilight zone for a few days!

Many saw that the cops here dislike the Russians, coming over with their money, flashy cars and basically taking over. They see all Russians as rich, as they do many other westerners here, and also seem to have a beef against them. Many of the younger Russians rent scooters out here and drive around like maniacs, not that the locals have much more restraint either! For the people here they also see westerners as all looking the same, so have a hard time differentiating between the backpackers of saw western Europe, the US, Aus etc and the crazy Russians, but what do they care, they can make money off us all using the Mui Ne corrupt police scam!

So, What Do They Do?

Basically along the coastal road near the White Sand Dunes, one of the major attractions of Mui Ne and one of the most popular riding routes, they have set up a blockade and WILL, not might, pull every foreigner over. Then will begin the game of exactly how much you will pay to be allowed to go on your merry way. Some people have tangoed with them for hours, pretending not to speak English and carrying no money on them (or so they make the cops believe) to the point in which the police have given up and let them off. Others on the other hand, for example a German couple we spoke to at our hostel, eventually handed over around 2 million Dong, that’s £71 / $88!!! Insane! Avoiding the Mui Ne corrupt police scam will save you time and money for sure but you might want to consider whether Mui Ne scooter rental is even worth it in the first place!

Do They Have The Right To Pull Me Over?

In a word yes, in fact riding a bike in Vietnam is technically illegal for a foreigner if you don’t have a Vietnamese license, which by the way is pretty hard to get. So yes, they know you will be driving basically without a license and despite the fact they are corrupt they are still legit traffic police if they have the tan uniform, if another type of police, wearing blue or green tries to pull you over then they in fact can’t do that. This is why the Mui Ne corrupt police scam works so well! So if you are considering motorbike rental Mui Ne then you really need to be wary of where you are riding.

Mui Ne Corrupt Police Scam: What Is Our Advice?

Firstly try to avoid that route entirely if you can. We have gone along it in a jeep and can confirm that the barrier was there and a queue of pulled over foreigners looking scared and alarmed had formed. You can do this by taking the back routes through some villages higher up in order to get to the sand dunes or to just get out of town as we did. See on this map below. Ok, the riding isn’t great but if you are riding the whole country you will have plenty of opportunity for amazing coastal roads that this one is worth giving a miss.

Avoiding the Mui Ne corrupt police scam entirely is hassle free and easy and even better avoid the town entirely! If you do a Mui Ne bike rental then the likelihood of coming into trouble here is high!

I have taken this map off the amazing website “Vietnam Coracle“, Tom runs this amazing site which has the absolute best information about riding anywhere and everywhere in Vietnam. If you plan to ride over here then make sure to use his site regularly. He is also great at responding to emails too if you have any queries. See the direct link to his map here for a closer look at which road to take: Google Maps: Mui Ne

Renting a scooter in Vietnam is generally an amazing way to see so much and get out and explore, but in Mui Ne that seems to be becoming more and more challenging unfortunately. If you’re looking for the best places to rent a motorbike in Mui Ne I would honestly be wary of any company who lets you take a bike out full stop knowing this scam is just around the corner. Bike rental Mui Ne is risky at best and should be avoided unless you are already on bikes passing through this area. 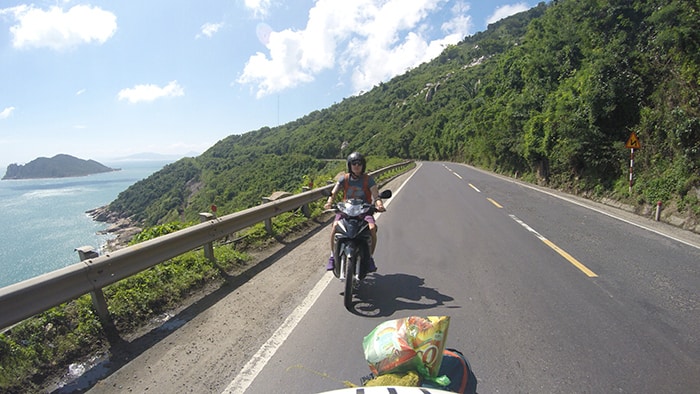 For us we got on a cheap tour to the sand dunes etc. It cost us the 100,000 each. We would have had to pay the cops for the Mui Ne corrupt police scam even more and would have only served to encourage them! Scooter rental Mui Ne is not worth the hassle when you can instead take a tour for such cheap prices and without the worry of dealing with corrupt police.

We have heard there is a slot between 11:30am and 1pm where they take a break but we can’t comment on whether that is correct or not!

The second way is to be ready to be pulled and ready for their games! This is a bit risky and also just adds stress to your day in my opinion! Most of the time the lowest amount the cops will accept is 200,000 dong, around £7/ $8. You should have this in change dotted around you in your pockets and your wallet and other money kept deep inside your bag. They can’t search you so as long as you play it cool and act like this is all the money you have then you should be fine. 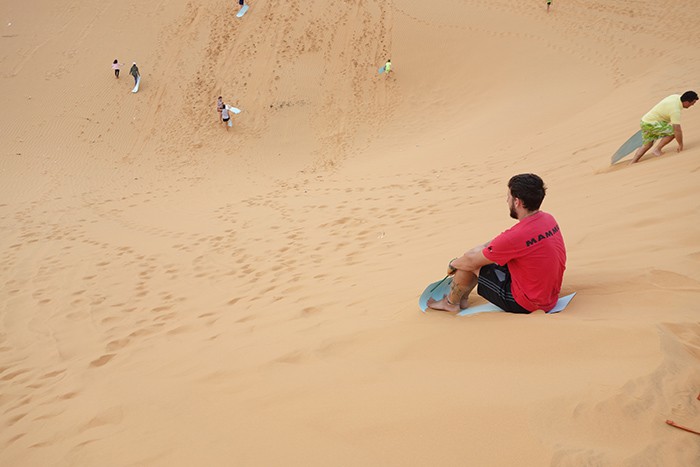 The most important thing here is to NEVER HAND THEM ANYTHING such as your bikes blue card, wallet, your passport, keys, license etc. Keep these things close to you and safe because as soon as the cops have these then they have something over you! Try to play it cool, be courteous to them but also try to pretend you don’t speak English (try to say a few works in Spanish or German, avoid Russian or slavic languages!!) and see if you can get away with it. You might end up in a stand off but don’t let them take any more than 200,000 each! 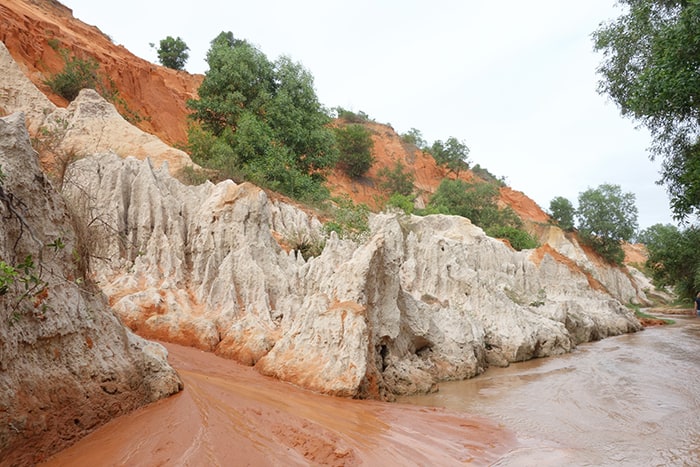 Have you been to Mui Ne and had a run in the with police over here?

Hi, today I just got stopped by the traffic policr near Mui Ne and asked to show my licence. I pretended all the time I could not speak or understand English.

Just saying some basic words and pretending that my licence is in fact international. They told me they will keep the scooter and I have to take taxi or walk back.

So I stayed there and waited what will happen. In the mean time they stopped another foreign couple. After some time they told both of us we need to pay 300,000 VND for not having an international licence. He wrote that number on piece of paper so I could “understand’ :D. Clever move. Money speaks.

I showed him my wallet, where I had around 60k VND (the rest of my cash I hid in my secret pocket inside of my backpack a moment when they were not looking :D)

The other couple just paid the 300k. The police then just waited for them to go away and then just let us go. One policemen shouted on me. Second one said just have the international driving licence next time. The third one told me to keep silent and don’t tell anyone.