The romance of travel might just be personified by this one ferry crossing in particular, setting sail from one continent to another just has the allure of adventure and the unknown. But what makes it even more fun is that despite transiting across the narrow crossing you are still in the same city!! Taking the ferry across the Bosphorus is a must do when visiting this lively and historic city, the heartbeat of Turkey and the reason for the rise of this gigantic city!

We’ve crossed from Europe to Asia via ferry before, and into Turkey too! Back in 2012 we set sail from the Greek island of Kos for a day of Asian adventures in Bodrum. But somehow this just didn’t cut it! There is something truly adventurous about crossing borders as it is, I always get a flutter of excitement as we cross the boundary from one place to another, whether that be a country, continent, state or county. 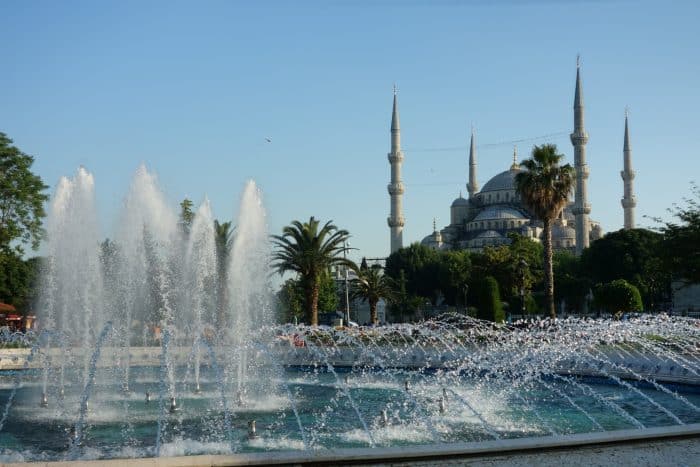 There is something of the unknown, a change, something new in making that crossing. Taking a ferry and crossing via the water from Europe to the far off lands of mysterious Asia somehow embodies that enthralling rush, the true romance of travel. But add this to the unique nature of crossing into an entirely different continent, and yet being in not only the same country, but the same city! The only city in the world to sit on two continents and one of only 3 countries in the world (we’ve visited the other two: Egypt and Russia as well!) 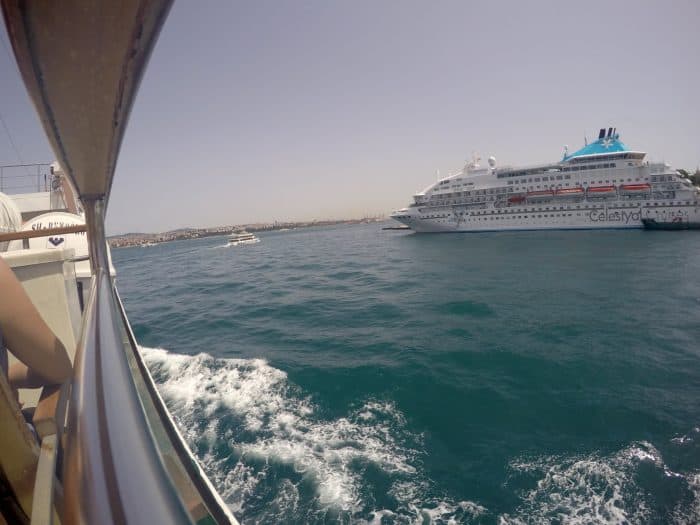 Crossing onto the Anatolian side of the city is something that many people dream of, and yet the Asian side of the city is often missed out in favour of the wonders of the European side of Istanbul. But feeling the wind of the salty Bosphorus air blow through your hair as you take what feels like an intrepid step onto a new continent is an irresistible experience! 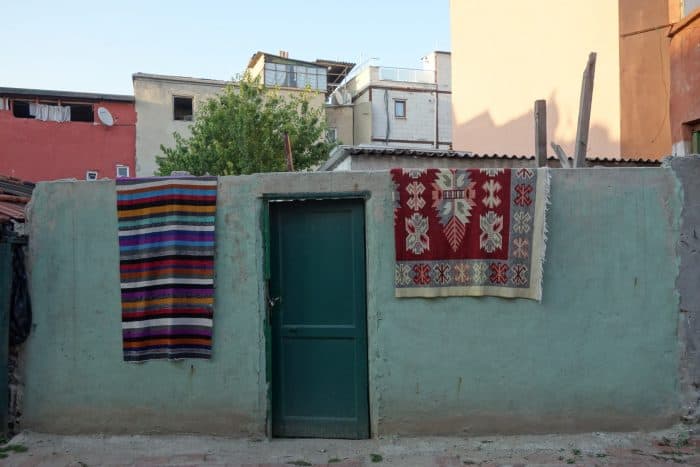 In truth Istanbul as a whole feels like a very Asian city, the swarms of women wearing their colourful and elegant headscarves, the minarets that punctuate the hazy blue skies, the harmonic sound of the call to prayer 5 times a day and the sweet smell of spices that fills the air as you whisk through the markets. There is undeniably a Middle Eastern feel to what is this tiny section of Europe within the huge Anatolian Turkey even before you cross the Bosphorus. 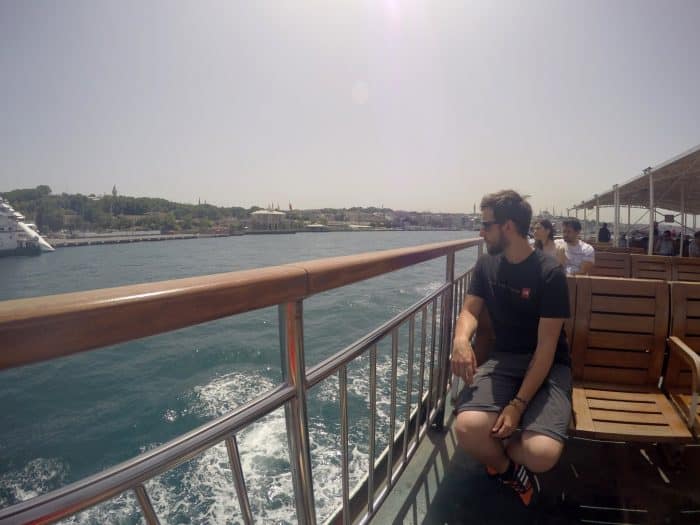 Stepping off the cramped ferry, with the crowds of locals all jostling for the best position to exit the ferry. The wave of heat hit us, maybe it was a placebo, but the temperature seemed to rise a good few degrees just over the 30 minute crossing. With the sun beating down on us it was time to step into Asian Istanbul for the first time and back into the Anatolian side of Turkey for the first time in 7 years! 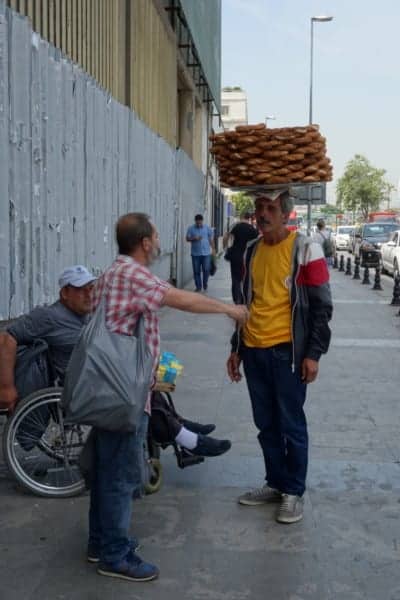 In Kadikoy there isn’t as much to see as in the European side that’s for sure. There aren’t the wonders of the world, the huge mosques and sights drawing in the crowds of tourists. But that doesn’t mean there isn’t anything to visit for. Over in Kadikoy life is real, this is where people live and get about their daily business. Crossing the Bosphorus provides a different perspective on Istanbul! 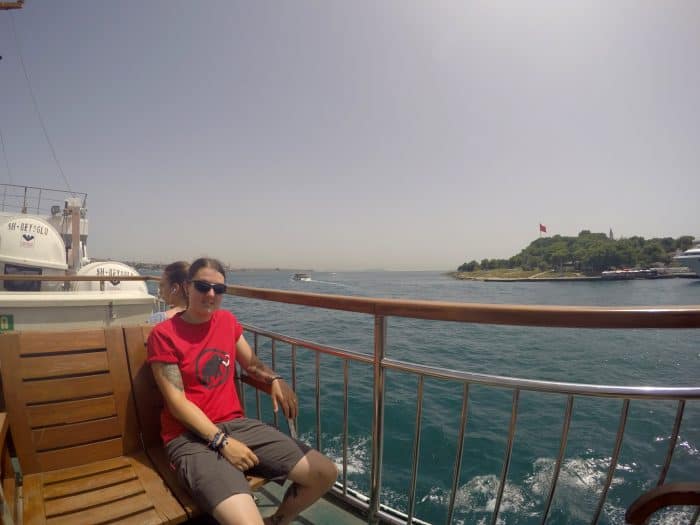 There are smaller, local and beautifully decorated mosque free of the queues outside of the famous Blue Mosque. There are tea shops, cafes and local eateries offering traditional food at a fraction of the price on the European side of the country and with a much more genuine atmosphere. 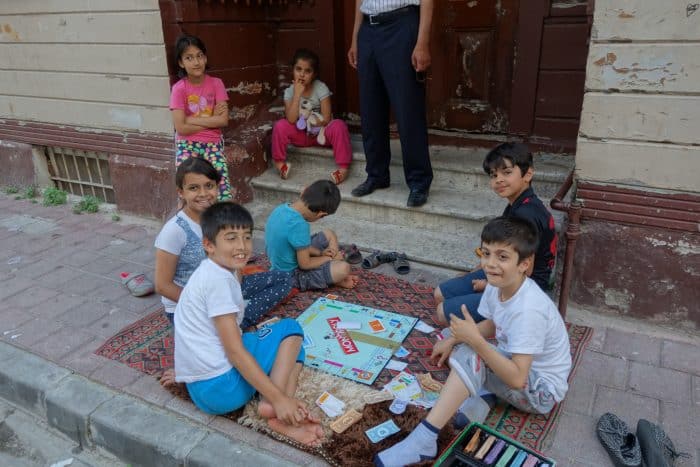 Over here on the other side of the Bosphorus too there is an air of youthful energy, graffiti and street art decorated streets lined with cafes and bars contrast sharply the traditional way of life also on view here. 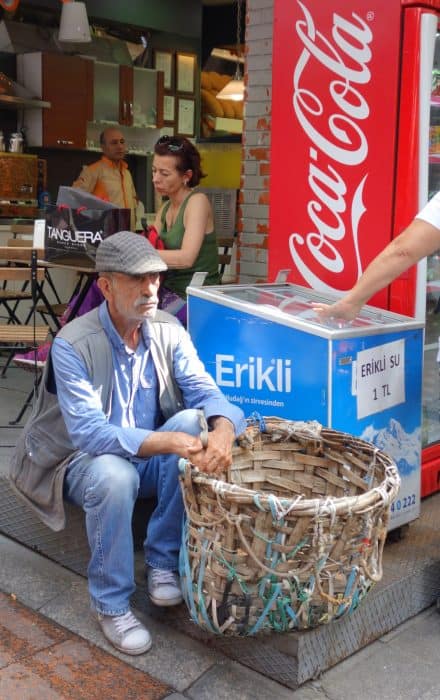 This alternative region was in many ways similar to that of Gelata but much less commercialised. Instead of the lines of overpriced stalls selling the same “home made” souvenirs and “local” good, over here there is a real air of authenticity. 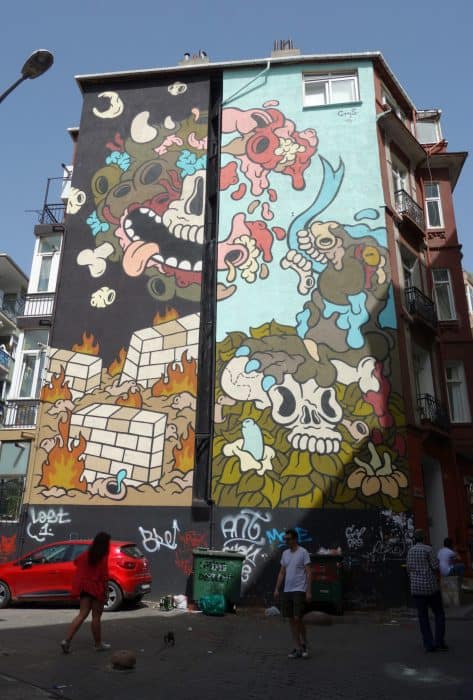 Over in Kadikoy local people come to buy unique products in locally owned shops, those that allow the young creatives to flourish. Young people come to hang out and catch up with each other. There really is a unique mixture of history, modernity and reality to discover before you take the ferry back over the Bosphorus to the chaos of the European side of Istanbul! 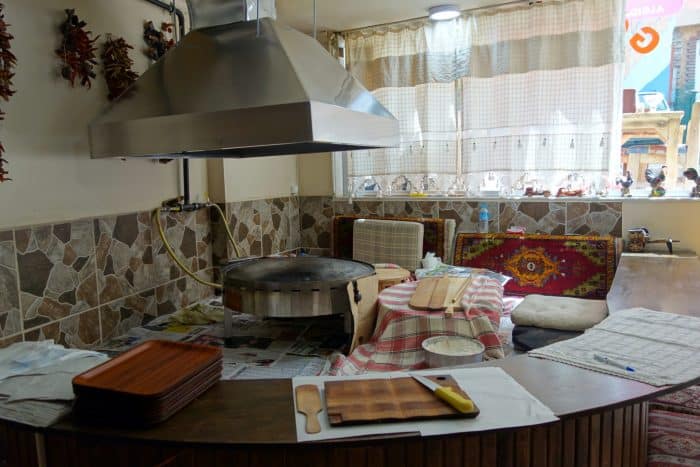 How to make the crossing yourself

Think of it this way, Karakoy is the modern name for the ancient Galata district in the European side of Istanbul, where the famous Galata tower is and down the road from Taksim square. Ferries can be taken from the docks near the Galata bridge that cross over to the other European side (where the Blue Mosque is), also known as the Golden horn. 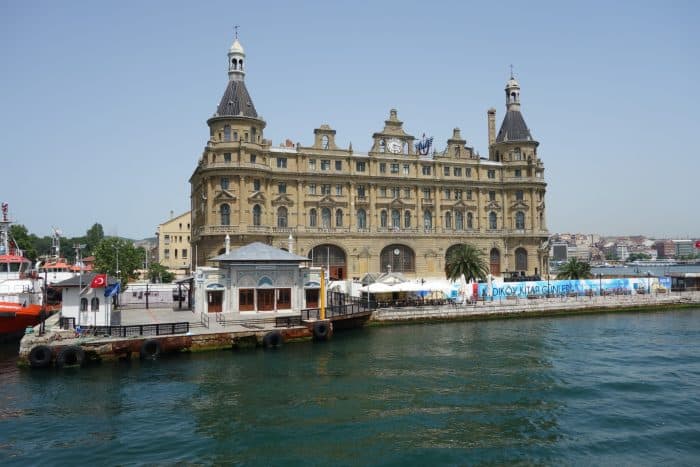 The price of the usual local ferry crossing is only 3TL with subway tokens and 2.50TL with the Instambulkart. 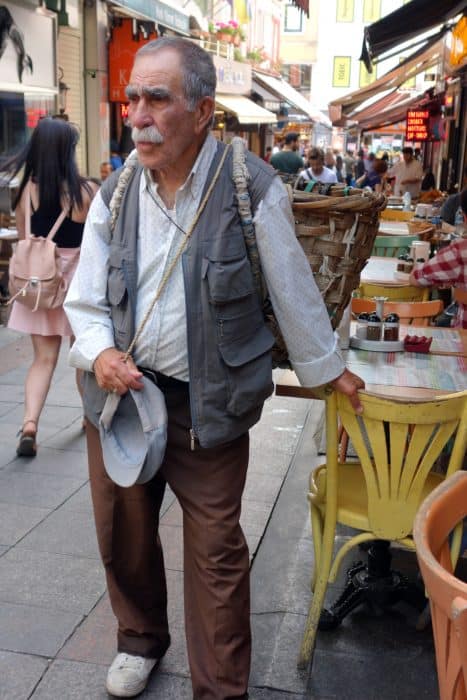 This is the crossing over the Bosphorus we took and one of the easiest and shortest. There are many options of course, this city is well connected both in ferries, metro systems and bridges. Of course, you want to do the crossing on the water and there are organised tour boats and cruises you can take too. But personally we enjoyed the idea of taking the ferry with local people and having a much more authentic experience…plus it’s cheaper!!

Have you ever made the crossing over the Bosphorus 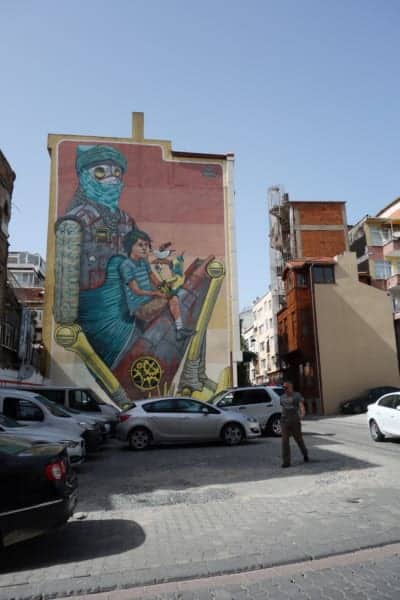 Yes, I’ve made the crossing too! I love everything about Istanbul and all of Turkey. One of my best memories is when I traveled with my dad who was a master at bartering. He could talk down a $75 piece of jewelry to $10 at the Grand Bazaar. And grab the scarf off my head at the Blue Mosque and wrap it around his hips and make everyone laugh. Yep, good memories.

Its such an interesting place isn’t it, it just feels like the sort of place where stories are made!

I’ve made that crossing many, many times and I agree it holds a certain thrill each time. I think crossing to Kadikoy is easy and fun for the day, but to do more take the ferry to Yalova!

Yes, there are so many options if you have longer and would like to venture a little further. This is the easiest one for the first time!

First, I love the blog site. I think your pictures are amazing too! This looks like quite an adventure, one that I would so enjoy. It looks like a lot of mingling with the locals instead of being very touristy. I like that and the authentic feel. Thanks so much for sharing.

Thank you very much. We really enjoyed Istanbul but going over to the Asian side is definitely the place in which to see more local life and escape the crowds, especially if you take the public ferry