Istanbul is an amazing city, the energy that rises from this huge metropolis is contagious and the chaotic nature of it is a charm. Yet with such a massive and city it can get overwhelming, with traffic, people, shouting and the smog that often lingers above the historic minarets of the Blue Mosque and down the famous Bosphorus. But Istanbul is a city that has everything, from the smells of the spice markets to the noise of the grand bazaar, but where do you go to escape all this noise and chaos? Floating down the Bosphorus neither on the main land of Europe or Asia there are the Princes islands, trapped in time and a paradise within the city!

Where are the princes islands:

The Princes islands are an archipelago off the Asian coast of Istanbul in the Sea of Marmara down the Bosphorus. They are made up of a group of 5 large islands: Büyükada (“Big Island”), Heybeliada (“Saddlebag Island”), Burgazada (“Fortress Island”), Kınalıada (“Henna Island”) and five much smaller ones. 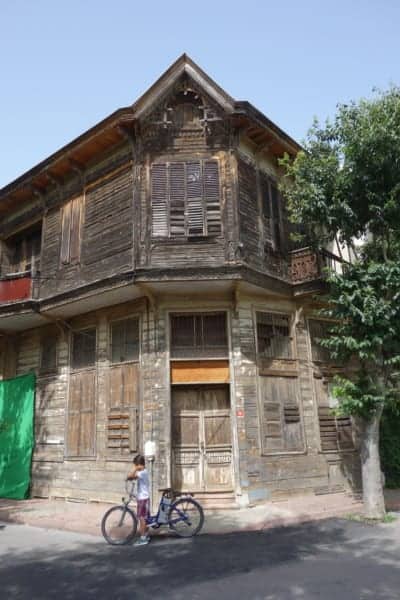 They are accessible from both the European and Asian sides of Istanbul via ferries, it takes 1-2 hours to reach your destination depending on where you set off from and which island you would like to visit! 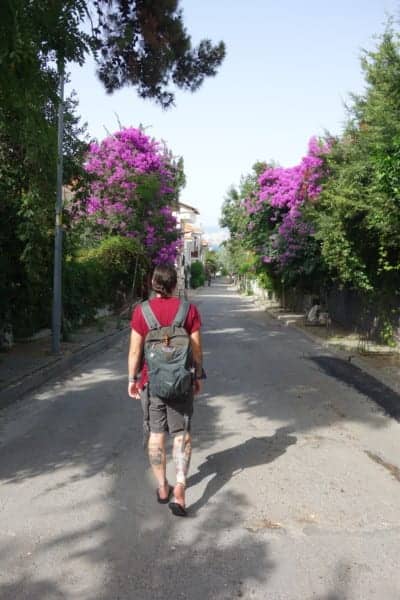 Exploring the traditions of these wonderful islands

As we had left it a little later on in the day we decided to explore just one of the Princes islands, the last one on the ferry route and the largest: Büyükada. These islands haven’t changed in years, the vast majority of the houses on here are the traditional wooden ones that are fast disappearing in the centre of the city itself. Here local life has been preserved as the pace of modern life has not quite caught up to these sleepy islands. 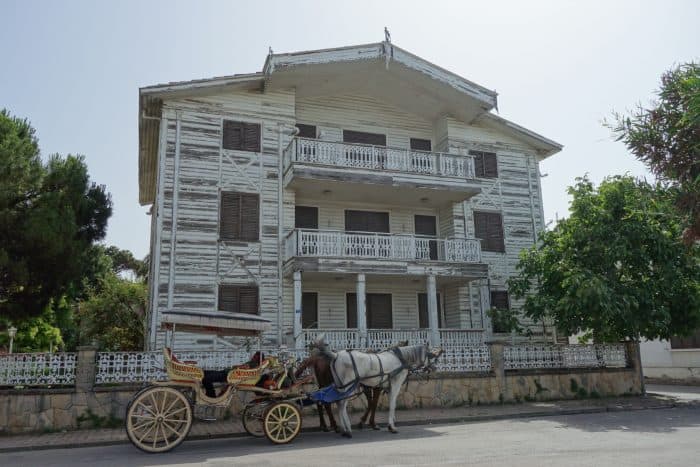 Many of the remaining buildings on this island are from the cities Ottoman era, here the houses have mostly been well looked after and haven’t suffered the fate of those on the main lands. 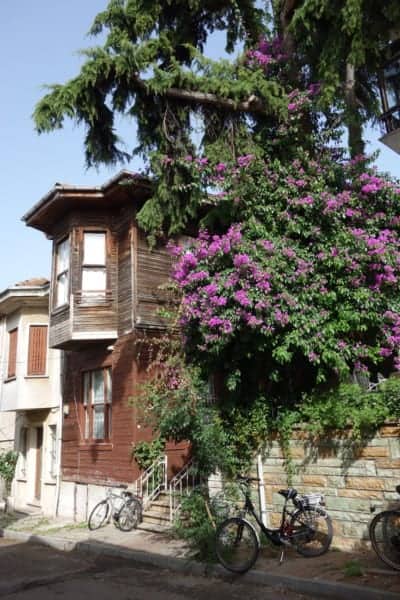 There are also many ancient churches, Monasteries and mansions to visit. Many of these date back to the Greek period of these islands and show the diverse range of influences that have created these unique time capsule like cultures still alive on the Princes islands. 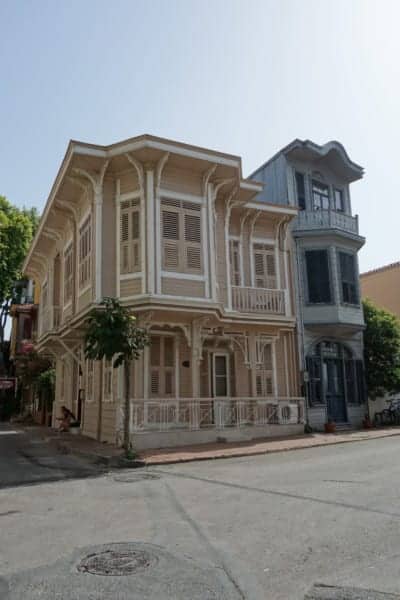 Taking a break from the city on the Princes Islands

The islands are all traffic free and the only transport is either horse and cart, bicycles or mopeds. The air is clean, fresh and full of the smells of the sea that surrounds the islands and the flowers that line every street. 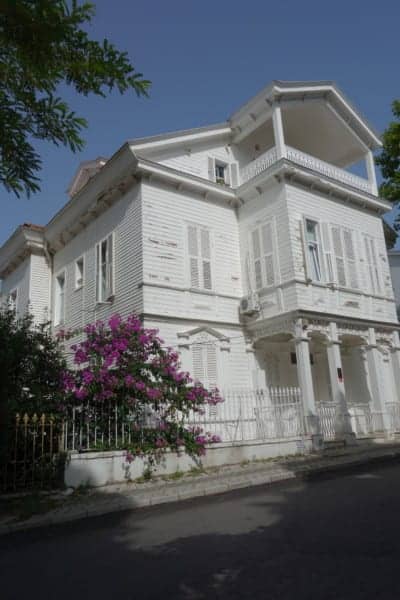 Here live moves a lot slower than on the main land, the beeping and revving of the cars, the traffic jams and crowds of people feel a million miles away from this stretch of paradise. 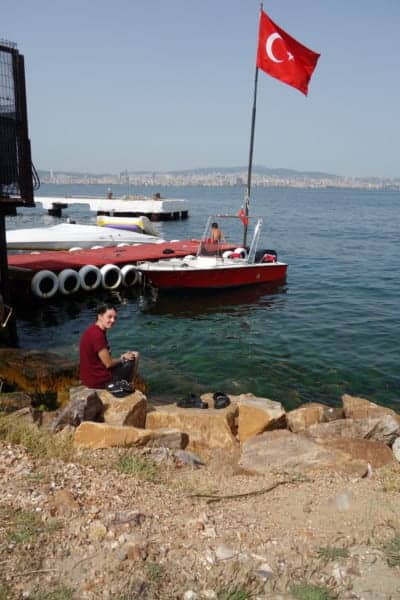 Who would have thought that within such a large and overpowering city you could find beaches that wouldn’t look out of place down on the countries Mediterranean coast. 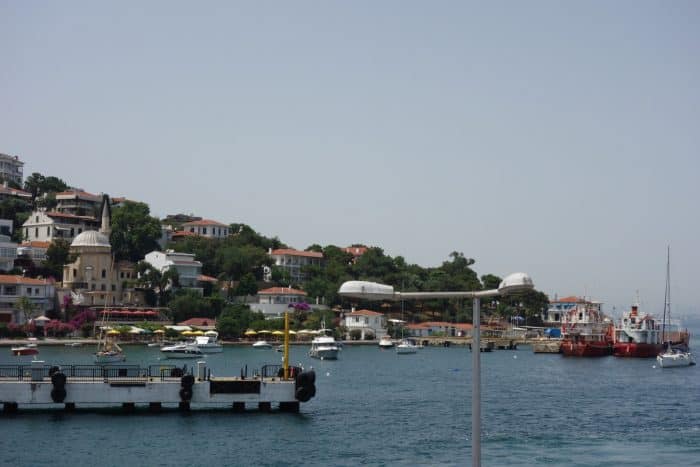 There are also two peaks on the island that offer great hiking possibilities and amazing panoramic views across the islands. These areas of natural beauty are also home to some fascinating and stunning wildlife. But the animal the islands are most famous for is the cat! Walk along any of the sleepy streets of these islands and you will see groups and groups of cats! 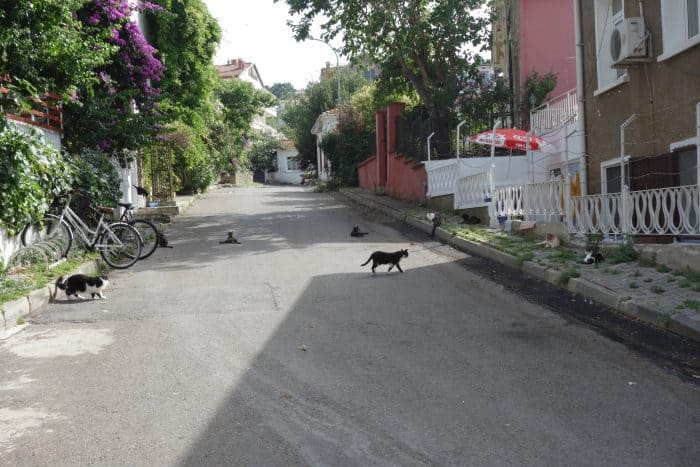 The 7,000 residents of Büyükada might well we out numbered but they leave food and water out for their feline neighbours and make sure they have shelter in the winter! It’s no wonder Leon Trotsky came here for 4 years after he was exiled from Russia! 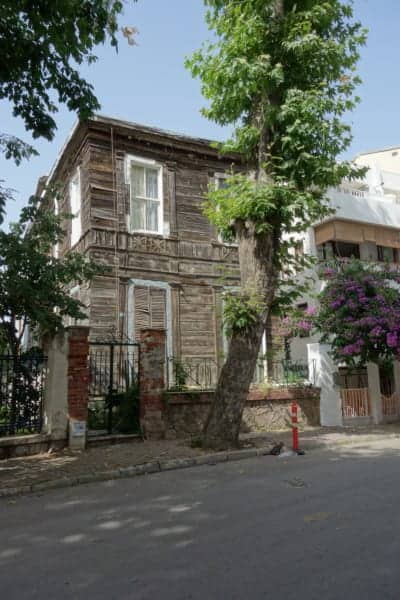 How to get to these islands:

Ferries and ships depart from Bostancı, Kartal and Maltepe on the Asian side, and from Kabataş on the European side, to Büyükada. The ferry takes a route that passes through each of the large islands and then loops back around to the main land. 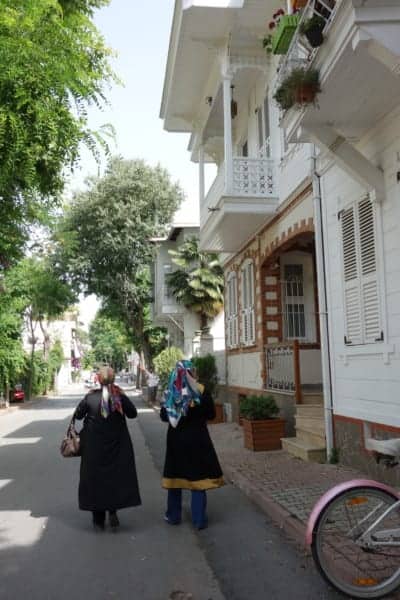 You could take the ferry and get off and one island for a hour for example and then get the next ferry to the next island and so on. The trip from Kabataş takes around 2 hours and from the Asia side around 1 hour.

To pay for the ferry you can buy token, much like those used on the metro here, in Kiev and at one time in NYC. Make sure you get the right tokens however for this specific ferry as the other plastic ones are only for the shorter crossings which come under the same system as the metro. But if you have the Istanbulkart it will work out cheaper in the long run. 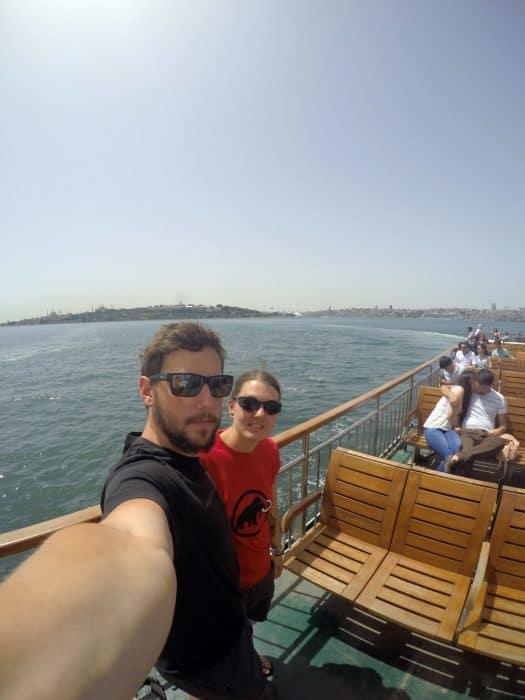 A ticket costs 5TL with tokens and 3.50TL with the Istanbulkart and transfers between the islands are 2.50TL.

On sunny days make sure you check out the timetable the day before and get to the ferry port early, you could be queuing for a long time and not get on the ferry! 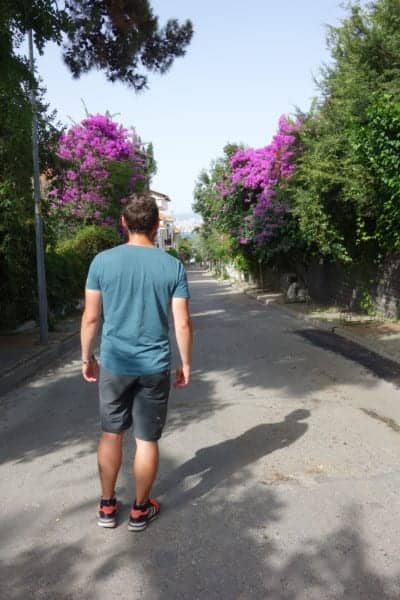 Have you ever been to Istanbul and visited the Princess Islands? 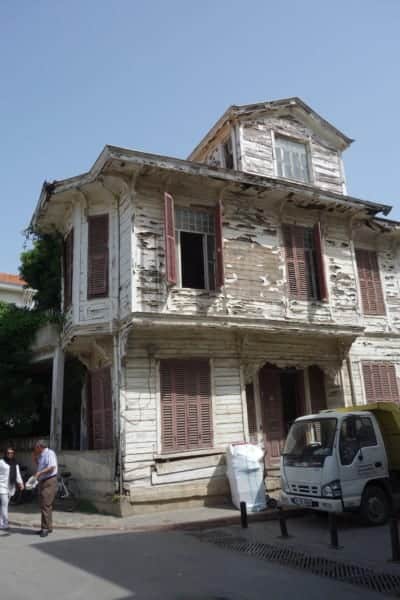 I’d never had expected to see European architecture in the Princes Islands. But, I’ve had many of unexpected surprises on my trips as well. Great blogging, interesting reads.

Yes. It took us by surprise too but what a wonderful one. This is just another reason Istanbul is such a great city. Thanks!

I didn’t have the time to visit the Princes Islands when I was in Istanbul but they look like they’re stuck in a time-warp. Reminds me of small villages in the outskirts of Athens. Love that they are free of cars, I will definitely visit on my next trip to Istanbul.

If you ever head back then they are a great antidote to the business of the city. I love that village like feel to somewhere still in such a large city.