KL seems to be one of those love it or hate it places, some people told us of how they instantly fell it love with the intense mixture of culture, history, energy and food. Others proclaim it to be a boring city with little to offer but a concrete jungle of tall buildings and maze like malls. So arriving on the bus from Singapore we were unsure what to expect, but as a place we had wanted to visit for a long time we were keen to give it a chance and explore all it had to offer. Turns out we loved the place, so here’s our guide to Kuala Lumpur and our top things to do in KL!

Getting to Kuala lumpur

Getting to KL couldn’t be easier given its position as a global hub and with one of the best airports in the region it is connected well to the rest of Asia as well as Europe and Australia! It’s a great stop over location or starting point in the region too and a good alternative to Singapore.

Speaking of Singapore, it’s also very easy to travel up from there to KL and is the route we took. You have a couple of different options. We took a bus between the cities which took around 7hrs. It was a comfortable ride along really great roads too, the border crossing was straight-forward and organised and overall it was one of the best international coaches we took in the region. Alternatively, travellers coming from Singapore can also get exclusive deals via flights from Singapore to Kuala Lumpur. Flying takes around an hour so depending on your time constraints it can save a lot of time!

Sample the Most Amazing Food on Jalan Alor

Malaysia for food has to be one of the stand out countries in a region where they are all amazing! The sheer number of influences by different cultures on Malaysia over the years from Chinese, Indian and even British mean that the food here is delightfully diverse. When you also combine the more modern influx of popular world wide cuisines too then you get the picture than you can eat anything in KL. But head down to Jalan Alor for the most wonderful local street food and maybe even give some Durian a try… the Malays love it and it has to be one of the top things to do in KL, if not the least tasty!! lol 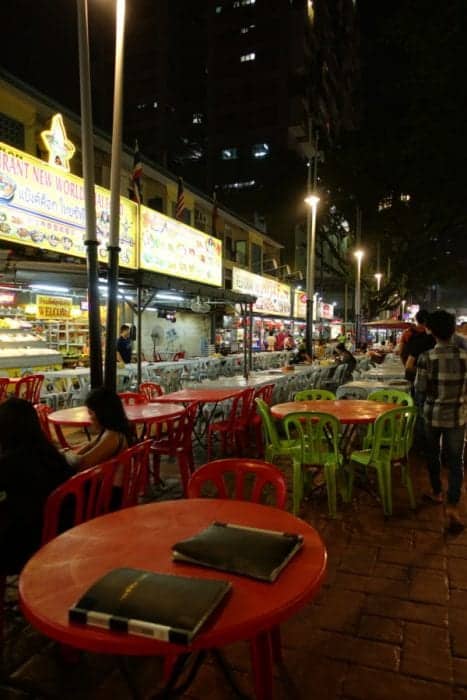 Gaze up at the tallest twin towers in the world at the impressive Petronas Towers!

The Petronas towers for us were the main thing we wanted to see in KL, these iconic twin towers are not only a stunningly striking sight but were at one time the tallest buildings in the world. Their unique and beautiful design bring together elements of traditional muslim architecture alongside modern building techniques to create a true marvel, or should that be marvels? At 451.9 m (1,483 ft) high they are still the tallest twin towers in the world having been built in 1996 and are a real landmark of KL and surely the top of any things to do in KL list! 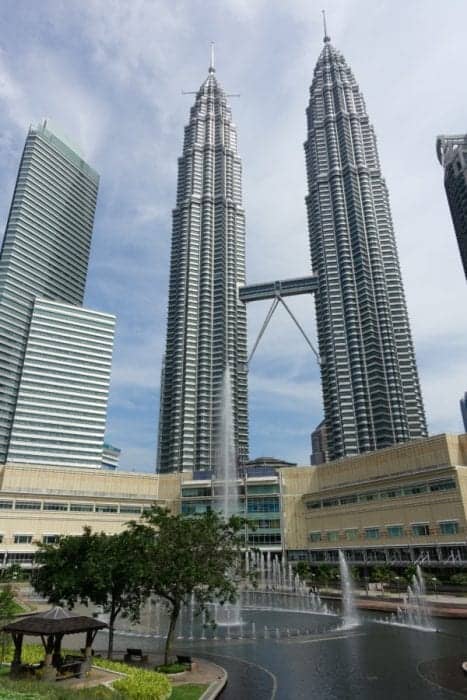 See the amazing city light up at night

Being a big, modern and developed city there is nothing quite like wandering around KL at night time. The city comes alive with lights and colour, the smell of the food floats in the air and the temperatures become much more bearable!! of course, our favourite spot has to be the gardens across from the Petronas towers, not only are they an unbelievable sight when all lit up but the fountains below create an amazing light show. The city at night is just perfect to explore and take in alongside the locals after work. One of the free things to do in KL and also one of the best! 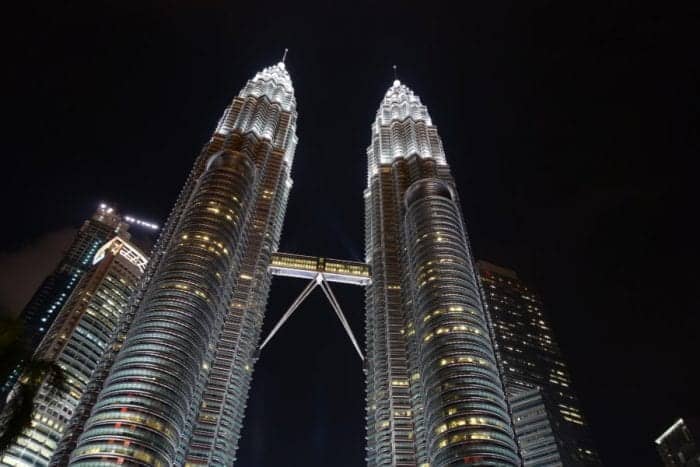 Visit the national mosque of Malaysia

Built in 1965 the Masjid Negara or National Mosque is a symbol of independence for Malaysia and one of the top things to do in Kuala Lumpur. Built in the years following their their independence from Britain it was designed using modern and bold styling to symbolise a new era for Malaysia. Holding up to 15,000 people it is a reflection of KL as a whole, a modern interpretation of islamic styles which combines many influences and ties them together beautifully. Non muslim visitors are welcomed and robes are provided free of charge. You can explore this huge complex at your leisure taking in the huge prayer halls, reflecting pools and gardens. Another one of the many things to do in KL and a really important building to the people of Malaysia too. 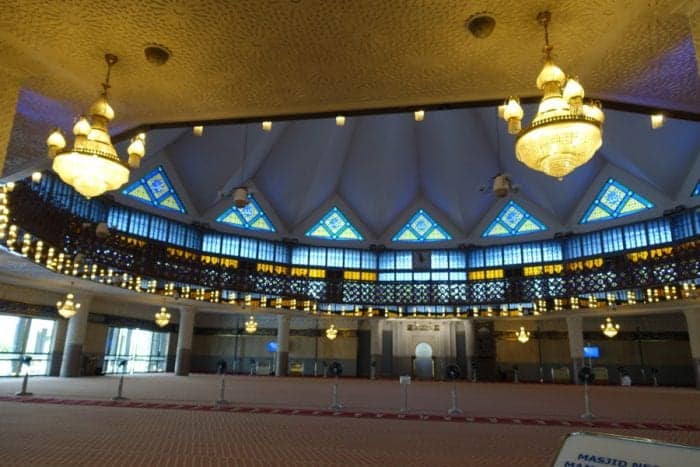 Take in the unique architecture of the old central railway station

Completed in 1910 Kuala Lumpur railway station might not be the cities transport hub any more, having been replaced by the bigger Sentral station, but it is still the most beautiful. If ever there was a building that represented the history, diverse culture and changes of Malaysia then this is it. Built by Arthur Benison Hubback, a British architect in a style that combined seamlessly elements of both English and Asian/ Islamic design know as “Neo-Moorish/Mughal/Indo-Saracenic/Neo-Saracenic”… quite a mouthful!! You would be forgiven for thinking this was a mosque or palace rather than a train station. But the British knew the importance of the railways and the impressive old buildings back home that still house them are a testament to that idea that spread across the colonies. 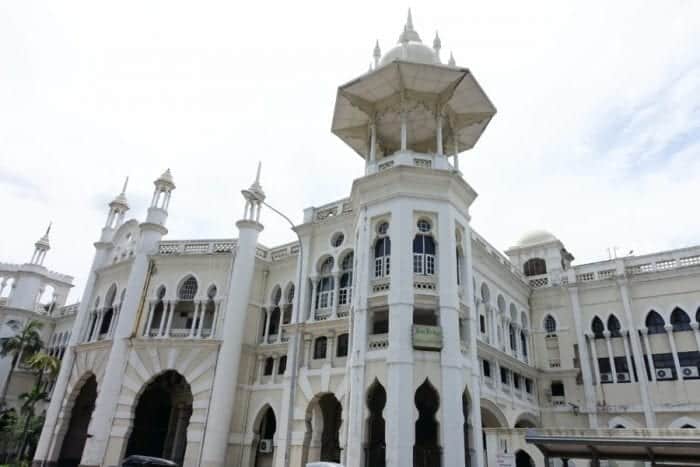 Stand where history was made in independence square

Merdeka Square or Independence square in English is one of the most important spots in the capital and a site of many historical events. Formerly used by the British as a Cricket green by the “Selangor Club” it was the place where, on the 31 August 1957, the British flag was lowered and the Malaysian one hoisted up to proclaim an Independent nation. In the centre of the square is one of the largest flag poles in the world at 95m high! A list of things to do in KL wouldn’t be complete without this impressive and important square! 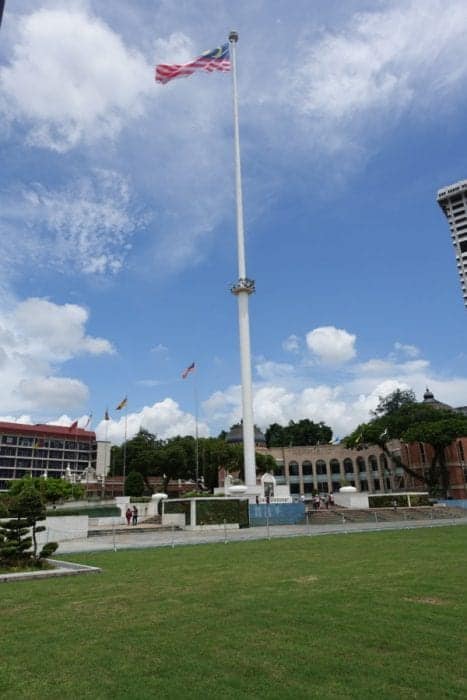 But one of the most wonderful things about the square aside from the historical significance is the notable buildings that surround it. Here you can really see many examples of that combination of British and Asian styling that was characteristic of the architecture during the colonial era. The stunning Sultan Abdul Samad Building is a fine example which dates back to 1897 it originally was home to the offices of the British colonial administration. The Royal Selangor Club sits directly across the square and is still home to the social and cricket club founded in 1884. The building is much more traditionally English being designed in a mock Tudor fashion and could have been plucked right out of any English village! 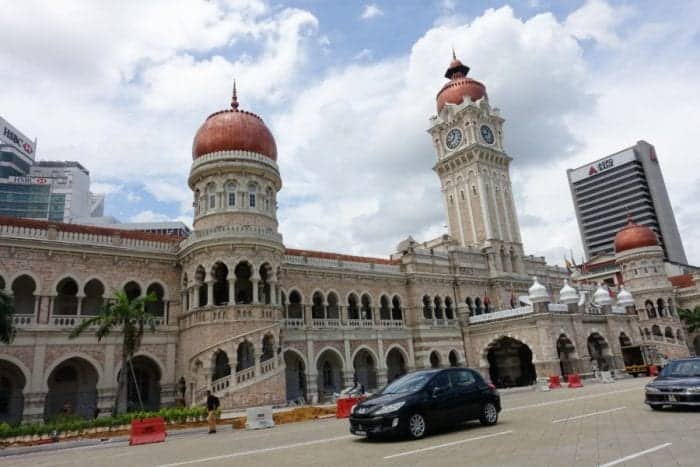 Find a bargain at the KL central market!

Another historical building dating back to 1928 this art deco era hall has played host to many different kinds of markets over the years. From being a simple place to buy fresh produce on stalls to the modern artistic centre of handicrafts and artistic goods today. A wander around the warren of stalls and shops here will surely provide you will a unique souvenir to take home, if not a whirlwind of sights, colours and smells leaving you feeling inspired! From batik to carvings, intricate sewing and grotesque masks, this place has it all!! 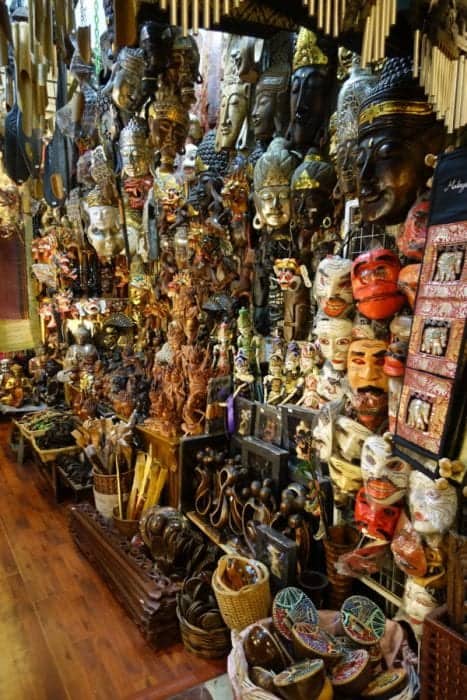 Head out of the city to the amazing Batu Caves

Just 12km from the city centre and conveniently located along the train line is Batu Caves, yet another example of the vast and varied culture of KL and Malaysia. This limestone hill and cave system is home to one of the most important Hindu shrines outside of India and are dedicated to Lord Murugan. The caves themselves are said to be around 400 million years old and were used at one time as a shelter by the indigenous populations. Dedicated in 1890 by Indian trader K. Thamboosamy Pillai it has been a holy site ever since. The main Temple cave is over 100m above ground and is reached by an exhausting 272 steps!! There are also several other smaller caves around the base too all of which contain many intricate and colourful Hindu shrines, painting and statues, many of which are really quite fascinating in design! You can’t visit the city without ticking this off the things to do in KL list! 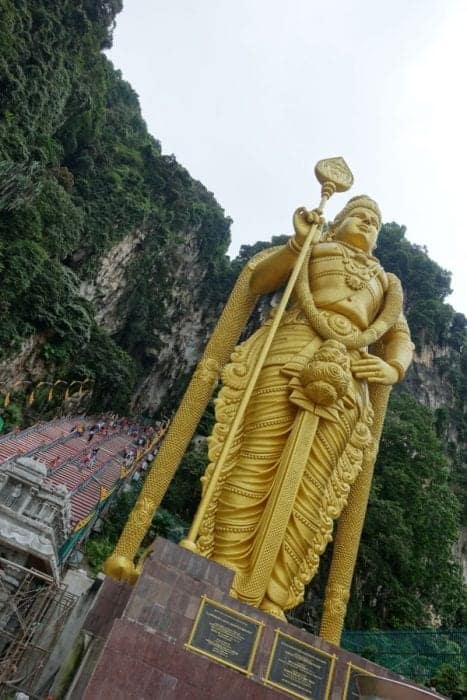 The temple and caves are also home to a large mob of macaques, I actually got chased by one for having a can and cornered by another for putting my camera back in my back!! These feisty buggers are very territorial and pretty confident too, so watch out for them and keep your belongings close…and don’t eat anything near them!! However, if you are after some good food then look no further. There are various vegetarian restaurants surrounding the caves selling amazing and cheap Hindu/ Indian cuisine!

To get here just take the train from KL Sentral, it takes around 25 mins to get to the “Batu Caves station”. The station is on the KTM Komuter line and you can buy tickets for around 2 MYR each way and the train usually leaves from platform 3. However you should check this.

Entrance to the main caves is free and there is a small charge for some of the other smaller but more decorative ones. 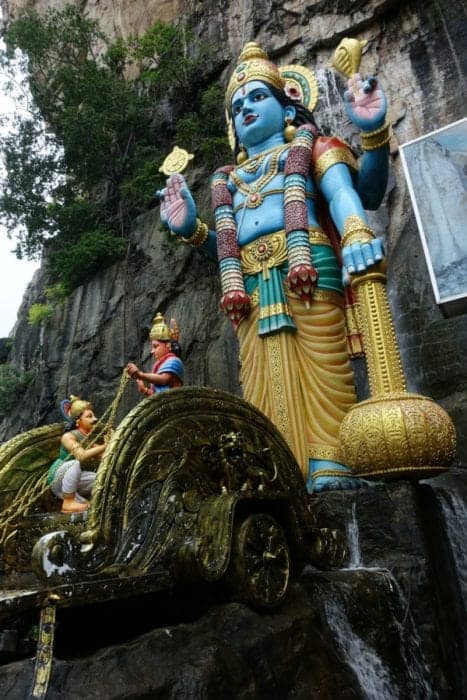 Book your transport across Malaysia and Asia here:

Have you been to KL, what’s on your things to do in KL list?