When we planned our time in Indonesia we envisaged smouldering mountains, ancient palaces, pristine beaches, lush rice terraces and detailed temples. When we realised we had to pass through Jakarta we assumed it would be a case of grinning and bearing it for a night before heading off to see the Indonesia we had always dreamt of! Little did we know that rather than just being the traffic filled and overwhelming city we expected (See Manila for that one!), it is actually a rather nice place to spent a few days and getting in the right location and accommodation really goes a long way. In Wanderloft we found a beautiful converted Colonial property in a stunning part of Jakarta that offered an amazing environment, unbeatable friendliness and superb modern facilities!

A welcoming, friendly and helpful environment

After getting on 3 flights in 2 days whilst making our way from Puerto Princesa to Jakarta via both Manila and KL and then enduring (and I am saying this after 9 months in Asia) the most terrifying taxi ride to the hostel we were in need of a warm welcome. Flinging our heavy bags on the floor and in need of food and rest we were greeted with smiles and help, even after midnight the staff rang around several different takeaways for us! 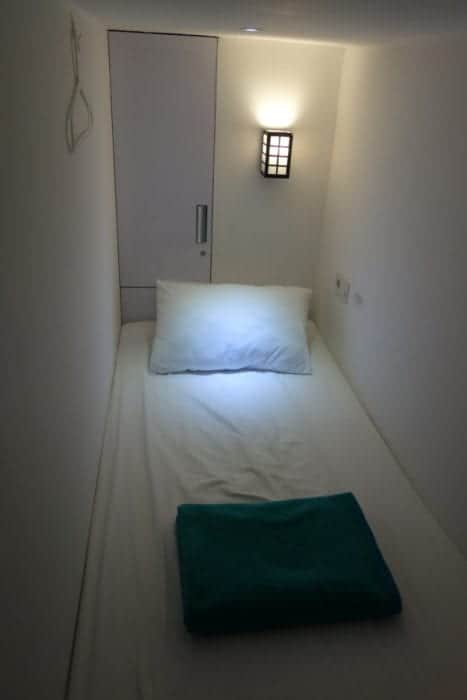 What is more is that over the course of our few days here, in which we ended up extending, the staff members became more like friends. Truly Indonesian’s are some of the friendliest people we have met across Asia and even in such a big city they never fail to greet you with warmth and a smile. Each of the members of staff really both made our stay that much more enjoyable and fun, but they were also invaluable in helping us organise our onward travel during Ramadhan! 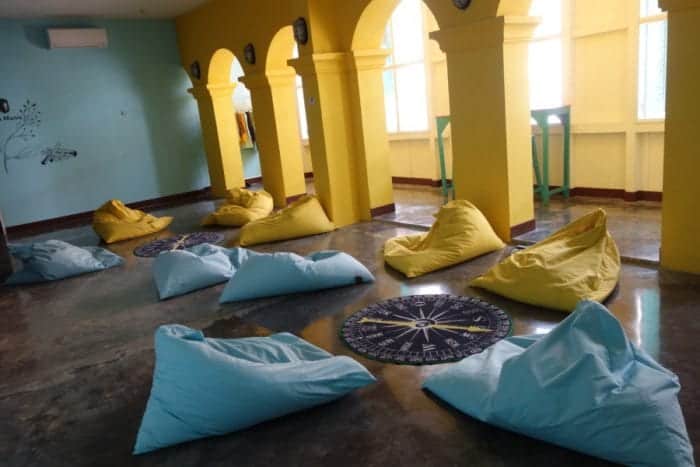 What really made us fall in love with Wanderloft Hostel was the architecture itself, located in a stunningly converted colonial era building it still retains many original features. Here they have tastefully kept many of those charming characteristics seen in the beautiful streets of the neighbourhood and combined them with style, comfort and functionality. 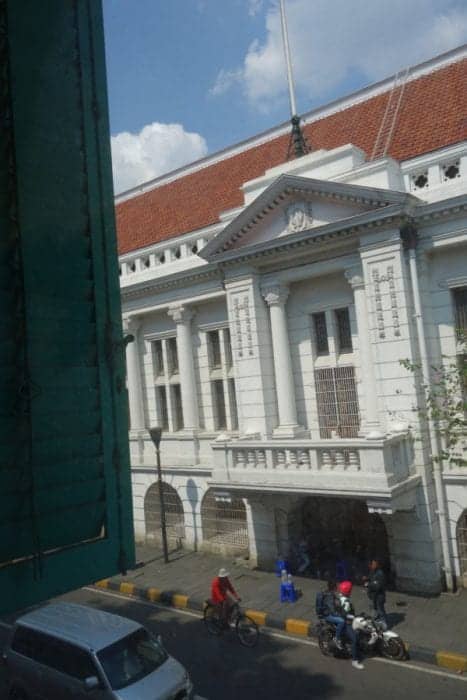 We especially loved the remaining shutters on the windows of this striking yellow period building and the original artwork that adorns the walls painted directly by hand to reflect Indonesian culture. It really adds that extra touch that makes this hostel feel both packed full of history but also with a modern and trendy feel. 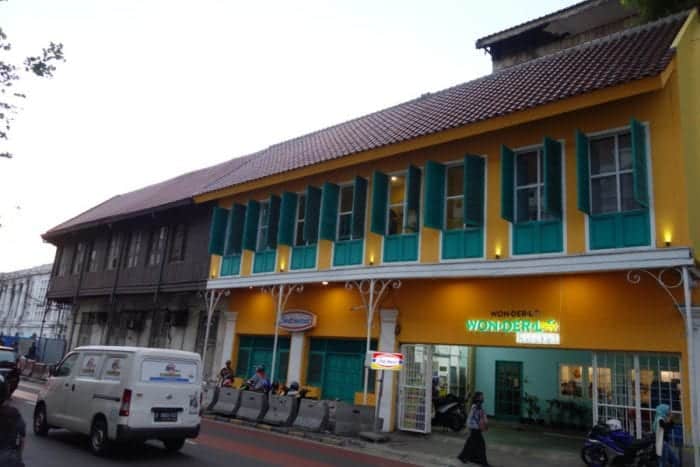 This beautiful & modern accomodation that offers both dorms and privates!

Another awesome feature at Wonderloft is their modern and clean capsule style dorm rooms. Many people aren’t keen on the idea of dorms or after so many months of travelling get a little tired of them. However here at Wonderloft they have created a space where you no longer need to compromise between privacy and affordability as well as comfort and security. There custom built dorm rooms feature capsules with huge lockers at the far end of the bed, reading lights, plug sockets and a curtain which means you can still stick to that backpacker budget and have some well needed undisturbed sleep! 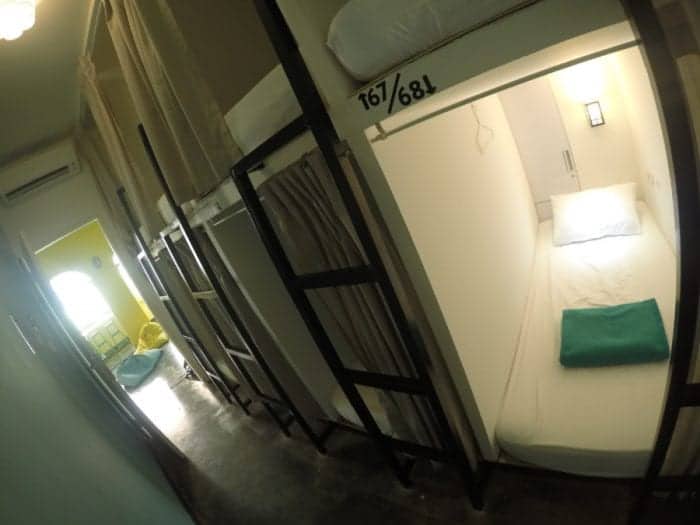 But they also get that even budget travellers sometimes need their own room or even that some just aren’t down with the whole communal room thing! But that’s ok and with their roomy and characterful private rooms it means you can reap all the benefits of staying in a hostel such as socialising, budget prices, kitchen facilities and even a pool table but with the feeling of being in a hotel once you close the door. Really, private rooms in hostels are the way forward, just think about it, you get such a richer experience than a cookie cutter hotel and for such a better price too, often with added features you would surely pay extra for… including free breakfast! 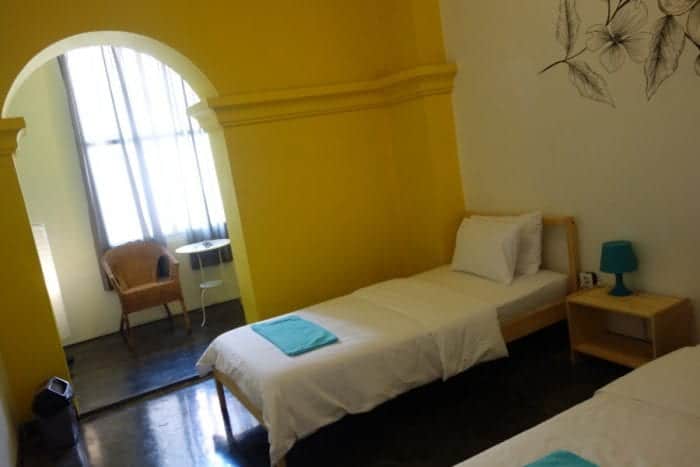 An oasis from the chaos of Jakarta in a wonderful part of town!

Jakarta itself was actually quite a surprise, we had all but written it off after seeing how chaotic Manila was and how overwhelming the squalor was over there. We had always imagined these two cities to be very alike in their chaos and lack of real attractions. However in Jakarta and especially the old town areas near the hostel we found a beautiful post colonial era city with wonderful European style squares to explore, modern bustling malls and highrises and plenty of local culture too. 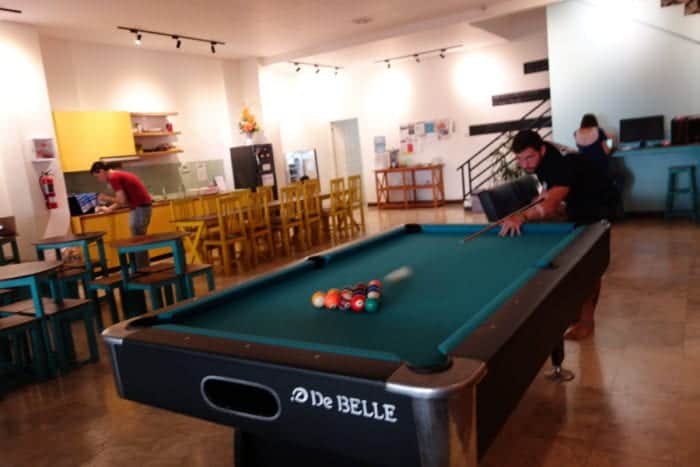 Though with that being said the traffic in Jakarta is not a myth, it really goes stay grid locked until the early hours of the morning and getting anywhere feels like a mammoth task. The city is huge and its population even bigger, so being able to step inside a quiet and charming refuge such as Wonderloft after an exhausting day exploring Jakarta is a welcome break from the beeping and exhaust fumes! 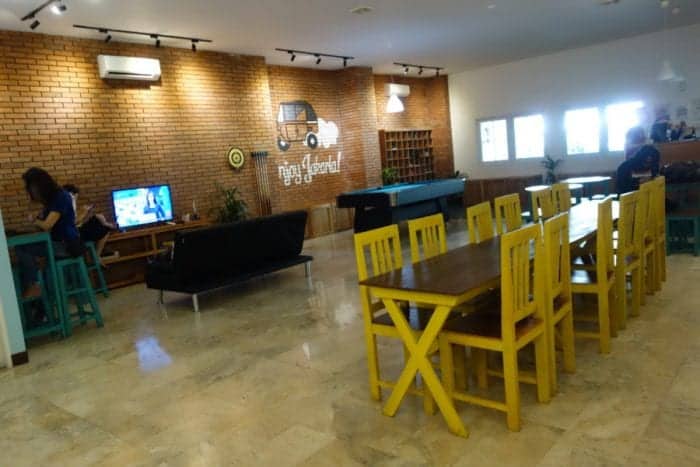 Have you ever been to Jakarta? 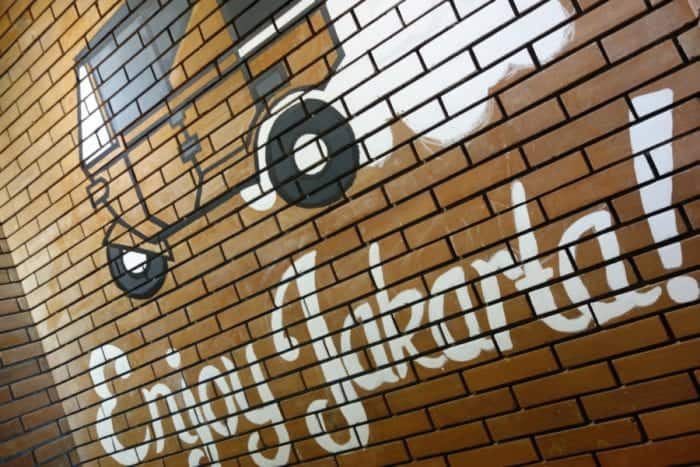 Check out our other hotel and hostel reviews here:

THE BEST ACCOMMODATION AROUND THE WORLD

Disclaimer: This post was sponsored by Wonderloft Hostel. As always, all opinions are our own!