Whilst travelling around China we actually backtracked from Xi’an to Pingyao (that also resulted in a 27hr train journey from Pingyao back on course to Chengdu) after speaking to a fellow traveller. He spoke of a town unchanged for 1000 years, a place in which most of the shops and houses were still the original wooden Ming era design and of a perfect place to experience the China you always dreamt of rather than the harsh and grim reality many of us have found in the urban sprawls. After the chaos of Beijing and the ugly reality of Xi’an a place of such beauty, history and charm was exactly what we needed…and boy did it live up to the billing. Here are our top 10 things to do in Pingyao China!

The History of This Amazing Little Town

It’s hard to find little old Pingyao on a map, this city of 800,000 is considered an insignificant dot within the cities of millions within China. But only a small portion its population call the interior of the towering city walls home these days and the community here is traditional and tight knit by Chinese standards.

Once the centre of banking and trading in China Pingyao was a powerful and rich town that included not only the gated community of what is now the old town but a jurisdiction of over 486.5 square miles. This can mostly be attributed to the fact that is was the birthplace of the Jin Businessmen (one of the two power houses during the Ming (1368-1644) and Qing (1644-1911) dynasties). For the next hundred years it developed into the wall street of China and played an important role in the economic development of the country. 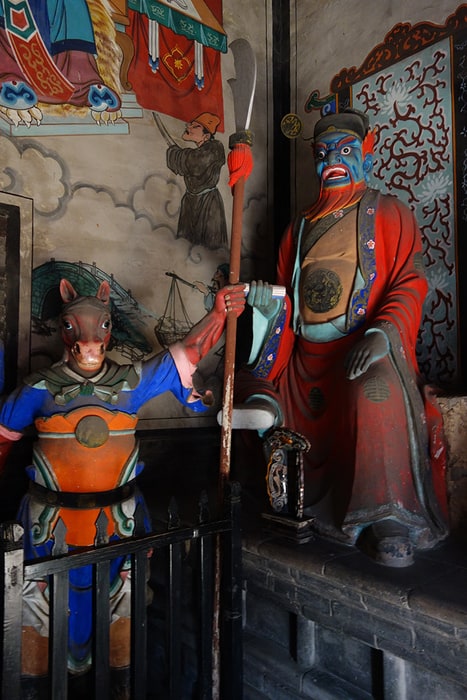 Book your Transport Across China and Asia Here:

Now no longer the rich and prosperous town it once was it has still retained the magnificent ancient residences, shops, offices and temples that made this town its name. Built over 1000 years ago this UNESCO listed town hasn’t changed much since the Ming and Qing dynasties. Wandering around these wonderful rows inside the huge city walls really takes you back to the time of this cities former grandeur.

Pingyao is one of China’s oldest and best preserved old cities, allowing us to see back in time to the world of ancient China! There are many more but here’s our top 10 things to do in Pingyao China 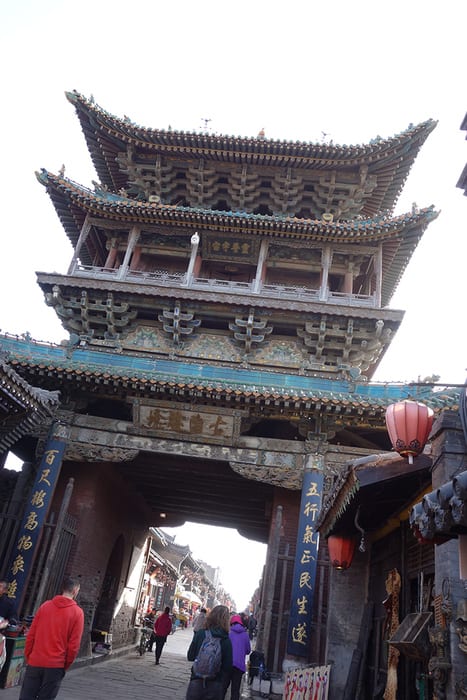 Just Wander the Maze of Streets

The real beauty of Pingyao us to just walk around the wonderful ancient streets. Far from the chaos of the large modern cities Pingyao feels relaxed and tranquil by their standards. The streets seem to move at a slower and more gentle beat and it really does give you that well needed break from the bleakness of the urban sprawl of modern China.

Wandering around these streets that have laid unchanged from over 1000 years allows you to be transported back to the China you always thought you were coming to visit. Every street has its own fascinating detail and beautifully patterned buildings to get lost within. Make sure not to miss out on the beautiful ancient Ming-Qing Street, the busiest commercial street in the city for hundreds of years. If nothing else in our top 10 things to do in Pingyao China this has to be at the top! 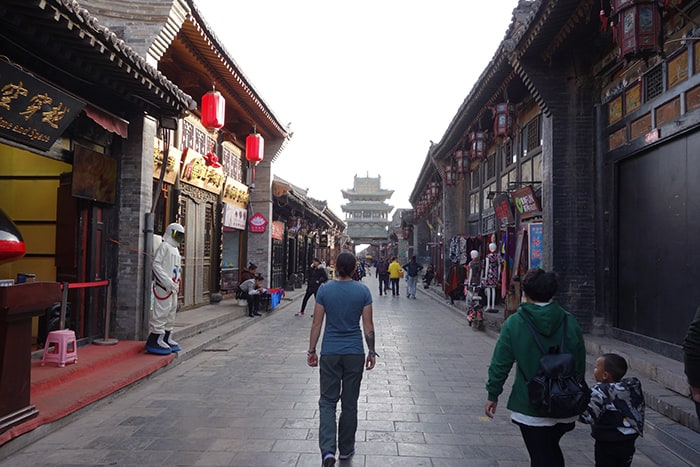 Get Off the Main Through Fares

Of course, the main streets of the city are the most stunning and beautiful, and despite the fact that they are quiet and peaceful compared to that of the capital they are still awash with noise and visitors. Step just off the main through fares and you will be transported into yet another world. Here real life occurs in this most wonderful old town. It almost reminded me a little but like Venice in the fact that you almost can’t imagine how you would live here, but people just do!

Coal is piled high outside the houses, smoke billowing out of pipes and filling the air with a different kind of smog, an old fashioned one that almost fits with the era of the city. Children play and golf buggy buses transport locals around the narrow streets as mothers hang out their washing in tiny courtyards hidden behind the crumbling high walls of the city! This might not make other top 10 things to do in Pingyao China but don’t miss out on seeing local life in this wonderful place! 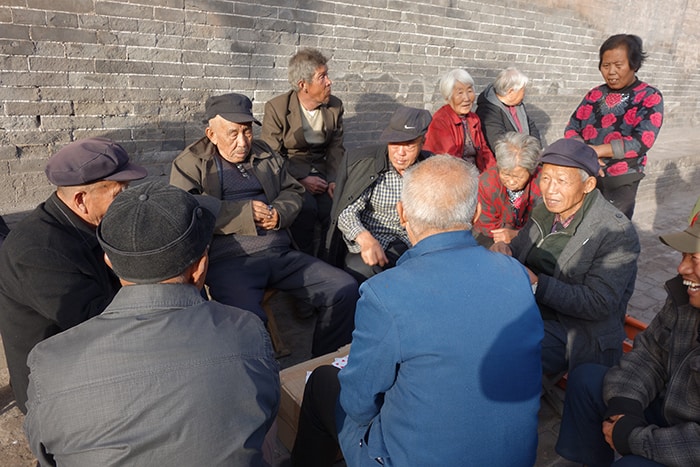 Climb up onto the magnificent ancient city walls to see the patchwork of old rooftops across the city as the smoke snakes its way out of the tiny houses. Featuring 6 gates along the route it is said the shape of the outline of the city resembles a turtle! A true ancient gem of our top 10 things to do in Pingyao China! 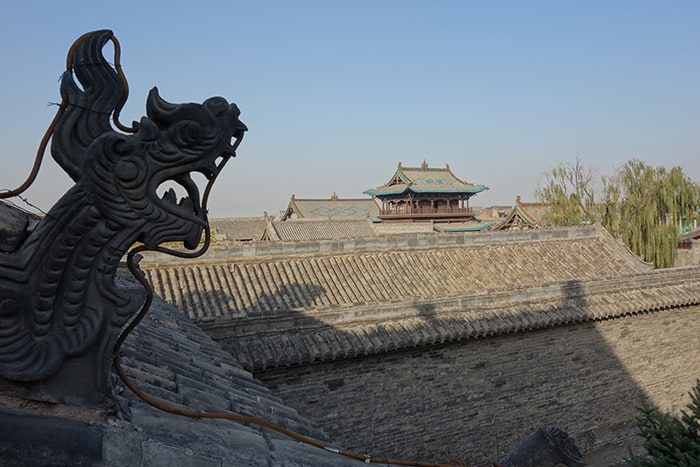 Many of the important buildings in Pingyao have been turned into museums. Kept in their original design and condition exploring these temples, banks, government buildings and houses gives you even more insight into this ancient city. This means that whilst wandering the length and breadth of this city you can explore within these wonderful buildings as well as just the beautiful streets. Here you can see many more than just the top 10 things to do in Pingyao China, but delve truly into the past! 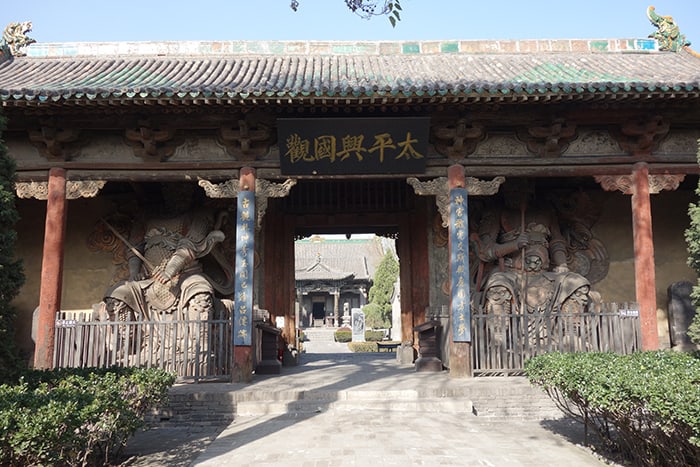 Here Are Some Of The Most Notable:

Known as the first bank in China’s history this was once the lifeblood of the nation’s economy and a landmark building in the development of the country. Now a museum to the development of banking in China and the Shanxi province it is also a wonderful example of the architectural style of the time. 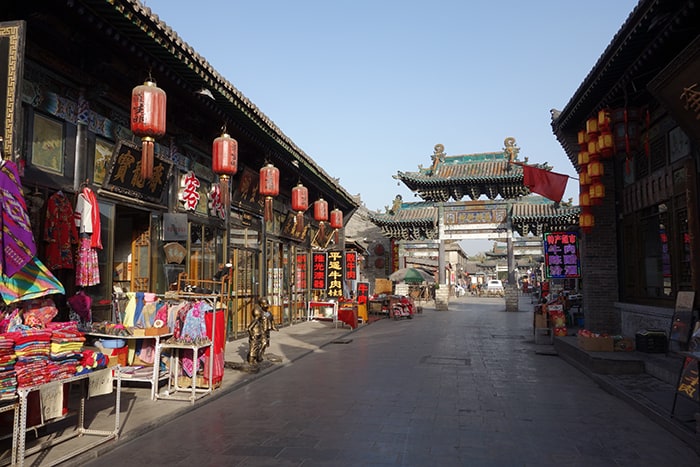 Again one of the earliest of its kind this company was responsible for the delivery and security of Silver, Gold, jade and other valuables all over the nation. Here you can see the ancient carts used as well as the training yards used by the staff to master their kung fu skills in order to successfully guard their load.

The largest ancient Government office in china, covering an area of 31,000 square yards (25,920 square meters) it is definitely a highlight of the city. With hundreds of rooms in here to explore from those of the trial and law courts to the prison cells, torture chambers and living quarters for both the 149 magistrates and their servants it is certainly worth exploring! Out of all of the old administrative buildings in our top 10 things to do in Pingyao China, this has to be at the top! 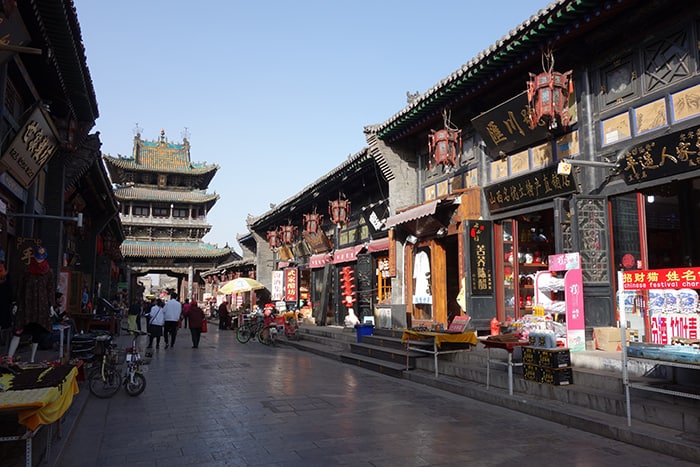 Temple of the City God

One of the most impressive ancient temples we have visited in China so far this alongside the Temple of Confucius was a real highlight of the city. Dedicated to the City God, God of Wealth, and Kitchen God this grand temple is highly decorated and a serine break from the bustling streets.

The best preserved Confucius Temple in China and probably our favourite building to explore in the city! This temple features some of the most highly decorative and disturbing statues we have ever seen. With many depicting painful and grim torture methods and representing the punishment of the underworld is was a unique experience and a temple unlike any other we have visited. For us it is our number one in the top 10 things to do in Pingyao China! 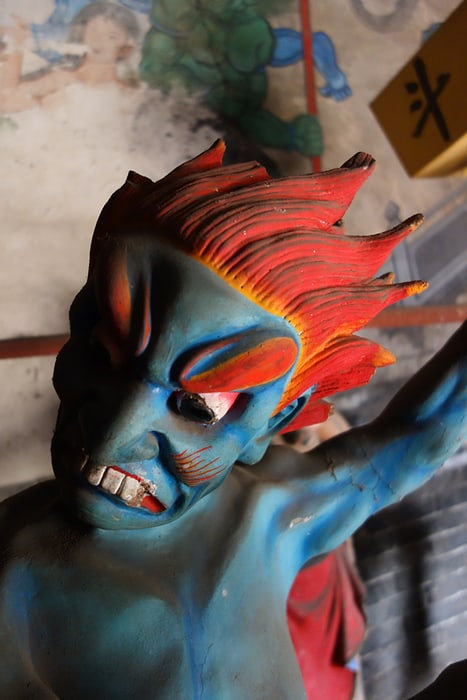 A Full List Of The Buildings Included In The Ticket:

Cost: 130 / 60 Yuan, Lasts for 3 days, can be bought from several ticket offices dotted around the city. 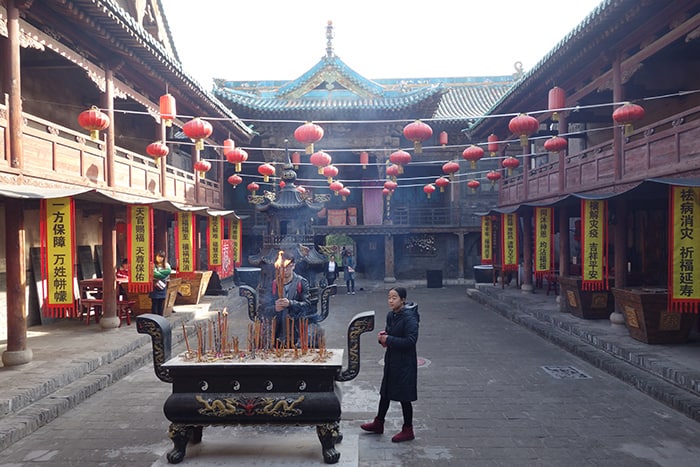 What Are Your Top 10 Things To Do In Pingyao China 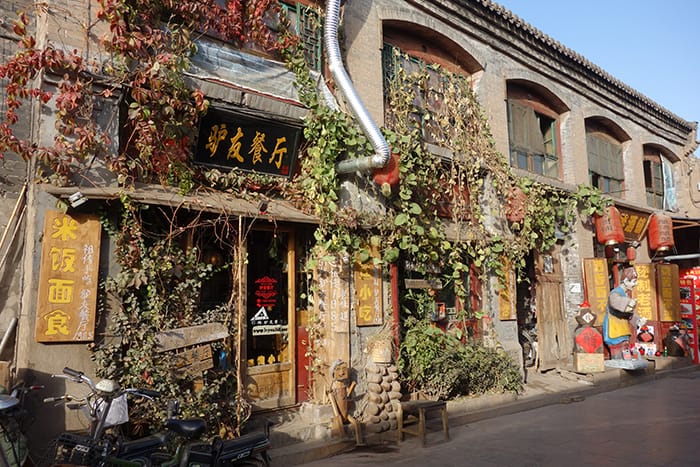 
Hey, You’ve Got Your Travel Insurance Sorted Haven’t You?

See More From This Country:

See More From Our Backpacking Adventures:

Wow, I have never heard of this town before. It is really beautiful and has an awesome history!

Thanks, we hadn’t before we got talking to some fellow travellers, a great find and a welcome break from modern China!

Thank you, it was such a lovely place to visit and a break from the big cities!