The wonderfully romantic capital city of The Czech Republic, my first step into the East of Europe and into a region I would grow to hold dearly in my heart. Back in 2008 I had no idea this was the beginning of an adventure into not only this part of the world but travel in general. Exploring these cobbled streets and dark historic alleyways opened my mind up to the magic of travel. So here’s a short guide to the city that turned me into a traveller: beautiful and mystical Prague! 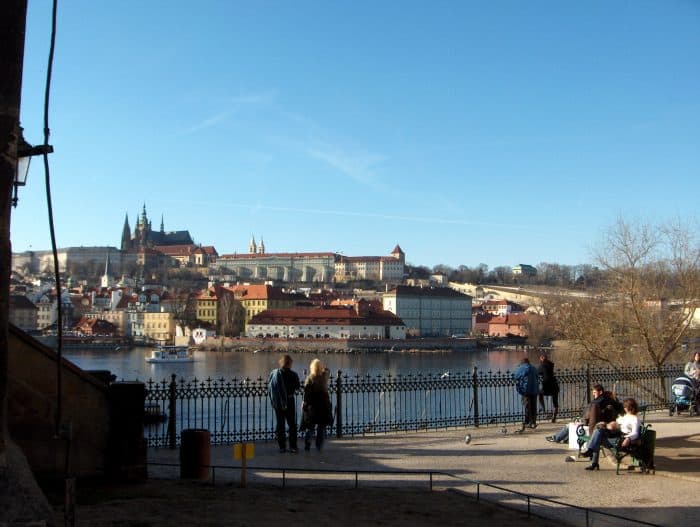 This iconic bridge that crosses the meandering Vltava river has become a symbol of this city and as such is a must see. Not only does this impressive span give you a beautiful and unrestricted view down the city’s famous river, but it is also home to over 30 baroque statues that line the way. This gothic bridge was constructed in 1357 and finished during the 15th century and was the original pedestrian connection from the Old Town to Mala Strana. Amongst the many ornate statues that line the bridge is that of St. John Nepomuk, it is said that rubbing it will bring good luck…keep an eye out the shiny reliefs at its base! 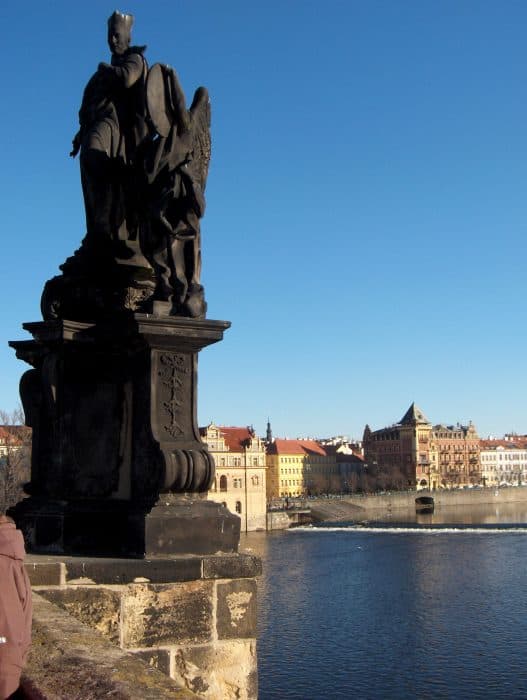 Who doesn’t love Old Towns!! This historic square in the Old Town quarter of Prague is a particularly fairytale-like and magical example. From gothic spires to unimaginable details, this square has a multitude of historical and simply stunning features. Probably the best known of these is the famous medieval Astronomical clock of the Old Town Tower. This highly detailed clock, which dates back to 1410 (making it the third oldest in the world), features a clock work hourly show called “The Walk of the Apostles.” This involved several moving sculptures, including death, striking the time alongside the sun, moon and other astronomical dials. A true masterpiece of fine engineering and artistry. Prague is also great for budget travellers and around here you can find some great centrally placed hostels in Prague. 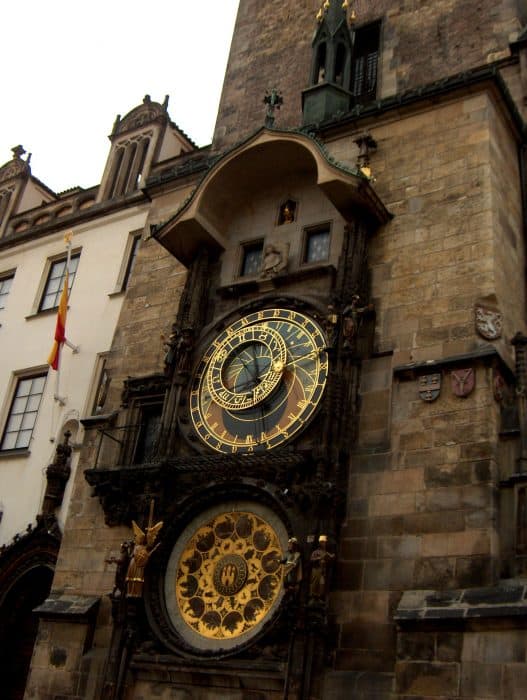 The largest ancient castle in the world this impressive home to the president of the Czech Republic dates back to the 9th century. Set on a hill above the city the view from up here is nothing short of spectacular. The changing of the guard that occurs everyday at 12:00 is a complex and highly ceremonial even involving much fanfare and is a quite wonderful thing to experience. The castle complex is vast and includes representatives of almost every architectural style over the last thousand years to set your eyes upon! Highlights include the Gothic Vitus Cathedral, Romanesque Basilica of St. George and the numerous palaces and museums. 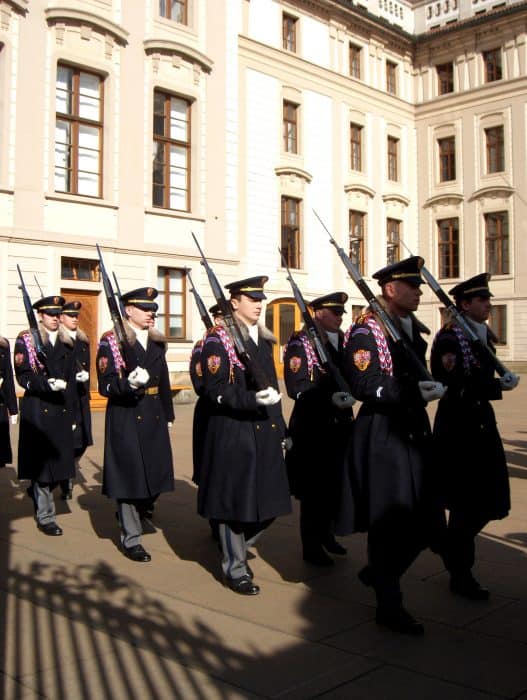 The Bars and Pubs

Being a student at the time I had some crazy and memorable nights out in Prague…and some I admit to remembering a little less about! Prague is a crazy, crazy party city at night with some intense and frankly weird places to get your kicks! you can go for traditional and historic and drink black beer at the U Fleku Beer Hall. Choose from one of the eight large open halls to sit upon a long table and take your pick between black beer and erm, black beer! The unique beer served here is brewed on the premises and not available anywhere else, as soon as you sit down you are continually served in steins until you say stop! The dark halls of this historic pub, founded in 1499, also often ring out with the sounds of traditional folk music and accordion which you inevitably end up singing along to! 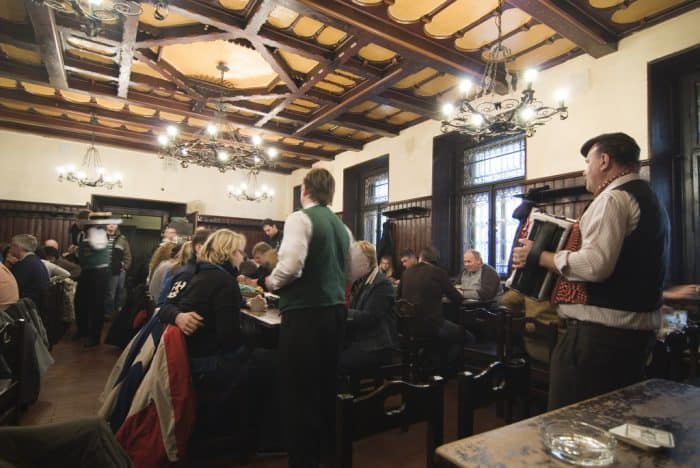 To up the pace a little why not head over the the crazy five floor disco club as Karlovy Lazne…known to some as the lasagne club! Set in a fifteenth century building that began life as a bathhouse…and with the original mosaic tiles decorating the walls! This chaotic club is the largest in central Europe and offers a large variety of different types of music from hip-hop, nostalgic 70’s to 90’s, techno, house, trance and a chill out zone! Party on into the night!! 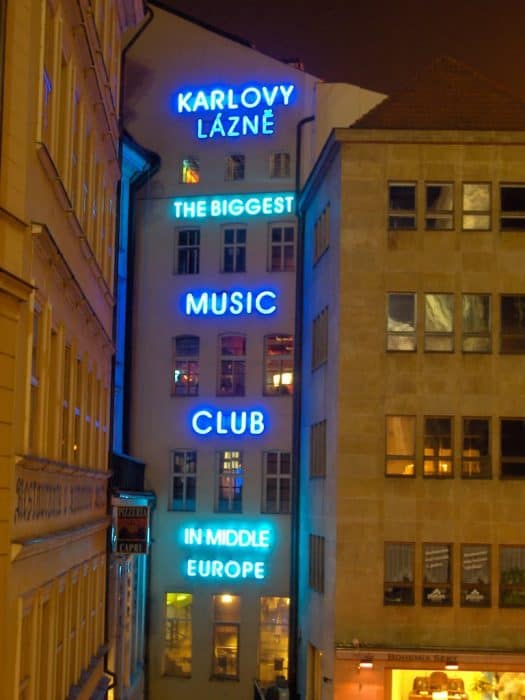 Visit the Opera and Ballet

For a little bit more of a high brow night time activity why not head over to the stuffing Opera house. I have to admit that I had never been to either of these before and only went along as our tutor has got us all tickets! But I was spellbound by the amazing voices, reverberating with intense volume despite having no application. The movement of the amazingly talented ballerinas floating across the stage of this almost 130 year old building is a real delight. 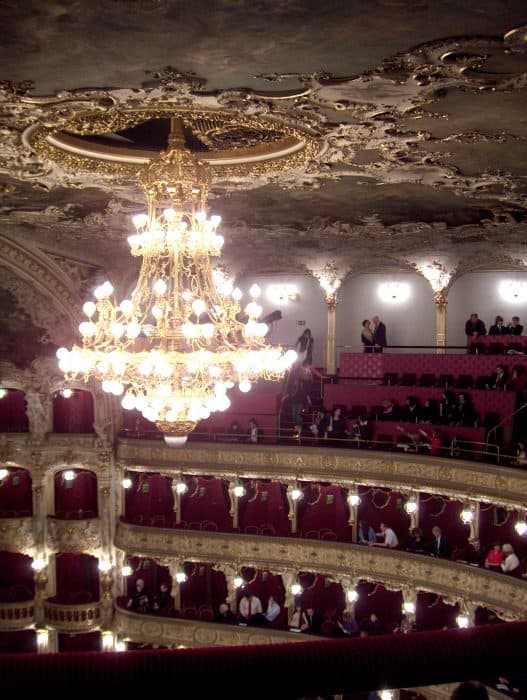 Outside of the city

Not too far from the city itself is the mostly unknown nazi concentration camp of Terezin or Theresienstadt. This heart breaking fortress played a larger role in the second world war than might be imagined given how little most know about it. Tens of thousands died here and even more were shipped off to Auschwitz where they went on to perish. The ghetto town here was also used in a propaganda film intended to trick Red Cross into believing that the prisoners were being well looked after.

Read more about my visit here: 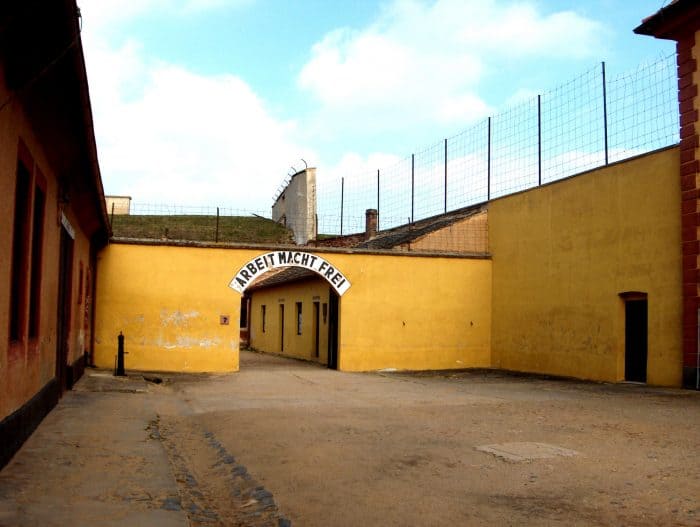 Capturing the atmosphere of PRAGUE & the drug of TRAVEL! 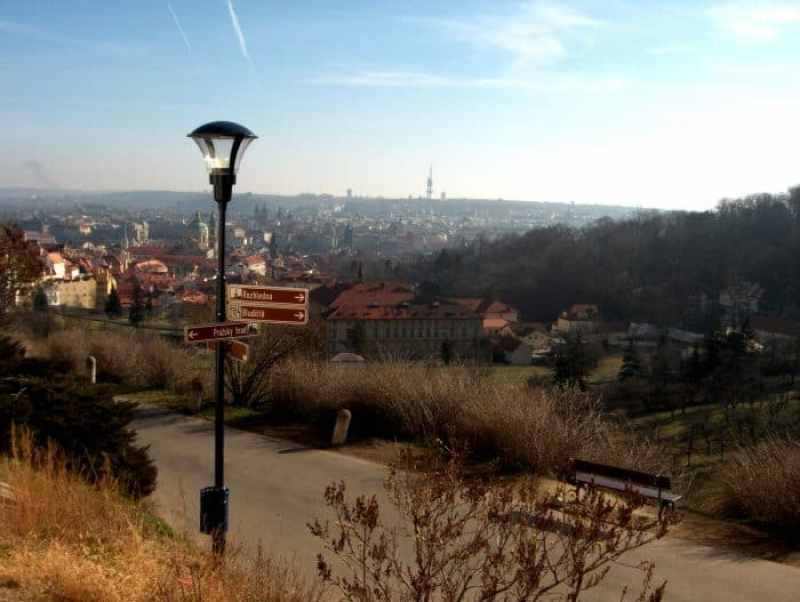 What do you recommend visiting in this wonderful city? 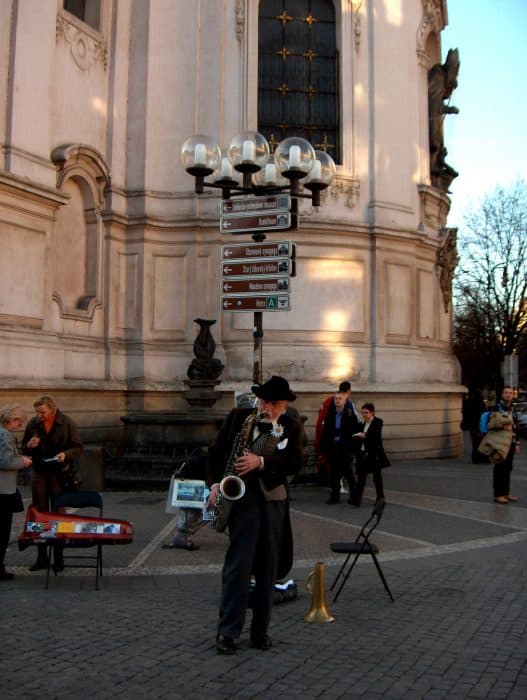 I haven’t been yet but I’d love to visit this corner of the world. Looks totally stunning. Thanks for the post!

Yes it really is a lovely city full of such charming architecture. Thanks!

Looks beautiful Nic. I’ve not been there but a friend from Thailand lived there for a long time. He even founded a school in Prague from the bottom up. Crazy story. He adores the city and I can see why!

I loved Prague when I visited. This post makes me miss it completely!

I would really love to go back too!

We haven’t been to Prague yet, but it sounds awesome! I’m getting a bit old to be partying it up at nightclubs, but I think I would have to make an exception for a five floor bathhouse turned disco!

Yeah it’s a great city that I really enjoyed! Ha ha, yeah I was only 19 when I went but it was a crazy experience!

I have heard so many good things about Prague. I can’t wait to visit. I loved Budapest both times we visited, so l have no doubt that l will love it here too. Prices also being reasonable and good food?? Oh yeah!! I will love it. Great post 🙂

Thanks, yes it is very similar to Budapest in many ways but also quite different too. You will love it and it is very cheap too.

Prague is definitely one of the places I’d like to visit. Especially the old town square sounds interesting 🙂

Yes, such a wonderful city. I would love to revisit.