Whilst backpacking around Eastern Europe we well and truly fell in love with the region. We already had quite a high opinion of this often misunderstood area but travelling long term allowed us to get so much more under the surface of it and interact on a much more intense level. Of course, we were hooked by the jagged mountains, the fascinating mixture of cultures and the stunning architecture, but what had us the most was the warmth of the people we came across. They left such an impact on us and reiterated just how wrong the stereotypes are. They also allowed us an amazing insight into life in these regions, from conversations that taught us so much to just quiet observations that will last a life time, interacting with local people is one of the most rewarding ways to travel. We made an effort to take some portraits of these amazing people!

Here are our portraits:

Berat, Albania: A group of older men play chess in this wonderful old town. The man leant over has a brother in Birmingham who he can’t see because of visa trouble and spends his summers working on the Greek islands. The man with the light coloured pants won!

Berat, Albania: An old couple use a “Donkey Stone” to shine their doorstep along the old ottoman streets of Berat, Albania. This technique is something my grandmother used to tell me about, in England in the 1950’s this would have been a common sight. Now in Albania, where time has stood still, these old ways are still very much alive!

Komani, Albania: 3 men, one who had been drinking home made plumb Rakija all day, look out over the beautiful and off the beaten track Lake Koman in the Albanian Alps in the north of the country.

Tirana, Albania: Selling any random old produce you can get your hands on is still an everyday thing on the streets of the Albanian capital of Tirana. Out of suitcases, lock ups and car boot, this is just another sign of how trapped in time this country is. They reminded me of Del Boy and Rodney off “Only Fools and Horses!”

Tirana, Albania: An intense game of dominos in the capital. The older men in Albania often dress very formally wearing suits and flat caps everyday, even to play with their friends in the park. The old men often gather in the evenings to walk the distance of their towns main street to chat before heading to the parks to play chess, draughts or dominos!

Sarajevo, Bosnia and Herzegovina:  A local muslim woman in Sarajevo dishes out Burek in the city’s best eatery for this Balkan delicacy.

Sarajevo, Bosnia and Herzegovina: On the streets of Sarajevo a group of men set up an impromptu game of draughts for money! They asked us if we knew how to play and if we wanted to challenge them!

Mostar, Bosnia and Herzegovina: Standing with Miran above his city of Mostar. A one time Bosnian refugee who returned to the city after living in Italy from a young age after he had a dream about being back home. He now runs emotionally charged tours explaining all that happened here during the war.

Mostar, Bosnia and Herzegovina: A bridge diver jumps off the famous UNESCO listed Stari Most in Mostar, Bosnia. A tradition that dates back hundreds of years on the bridge that was blown up during the siege of the city in the 90’s.

Sofia, Bulgaria: A soldier stands guard with great pride outside the Bulgarian Parliament building in Sofia in traditional dress.

Prizren, Kosovo: A group of kids play under the shelter of the castle in Prizren, Kosovo as a storm passed over. They played tag with us, touched our tattoos and showed off playing the drum and doing flips off the walls! They wouldn’t leave us alone! I now have a cigarette burn on my shoe from one of them, eight years old and smoking!

Prizren, Kosovo: An old Kosovan couple walk passed the traditional Ottoman houses of Prizren on their way to the centuries old mosque at the end of the street as Friday prayers call out.

Skopje, Macedonia: A mother and daughter stroll down the cobbled streets of old town Skopje, an area in deep contrast to the modern centre of the capital.

Skopje, Macedonia: We explored the sprawling markets of Skopje in search of some amazing fresh fruit and veg. After buying some strawberries from another stall for a snack we bought some fresh veg from this man, 3 huge tomatoes for less than 20p!

Skopje, Macedonia: Children play in the paint splatters fountains of Skopje as the giant and controversial “Warrior on horse” looms above them. The modern renovations of the city have met with universal dismay and nightly protests.

Skopje, Macedonia: Three of the “colour protesters” in the midst of one of the nightly demonstrations in which government buildings and new monuments, which have been used as a cover for money laundering, are pelted with paint bombs!

Riga, Latvia: A woman catches a quick nap during a slow period in the city’s indoor markets. The biggest in Europe they are made from old German zeppelin hangars.

Chisinau, Moldova: The streets of the Moldovan capital reminded us very much of those in Albania. Women in traditional Orthodox Christian headscarves sell fruit and veg they have grown in their tiny farms on the outskirts of the capital.

Outskirts of Tiraspol, Transnistria: A monk hits pears down from a tree inside the monastery in the breakaway communist nation of Transnistria. The self declared republic sits between Moldova and Ukraine and is tied politically with Russia. This monk, from St. Petersburg, took us on a tour of the bell tower and gardens.

Warsaw, Poland: A woman and her pet monkey sit on a bench in the Polish capital. She told me it was tame and we could stroke it…it bit me!

Transylvania, Romania: A young man rides through the rural villages of Transylvania on his horse and cart, a very common sight in these parts where time seems to have stood still!

Bran, Romania: An old Transylvanian woman sells her homegrown raspberries by the side of the road in Romania. A common sight all over Eastern Europe but especially in the rural regions of what turned out to be one of our favourite countries. We bought one for less than 50p!

Belgrade, Serbia: As we were relaxing in the hostel we heard a roar of noise coming from the end of the street. What sounded more like a mariachi band playing was in fact a traditional Serbian wedding taking place. It was energetic and loud, in true Serb style!

Cappadocia, Turkey: Whilst exploring this remote and alien landscape of central Turkey we are invited into the house of Muhammed. He makes hand carved ornaments depicting the region and lives inside one of the traditional cave houses that have been occupied by people in this area for over 3000 years.

Istanbul, Turkey: A group of kids, some a little shy, some pulling faces, play monopoly on the street outside their traditional wooden house!

Istanbul, Turkey: Outside of the walls of the Grand Bazaar other traders sell their goods on the streets approaching the entrance. This stall is selling mostly the prayer beads almost every middle aged man in Turkey can be seen with in their hands. Even the man in the right of the photo and the one sat down with the white shirt on

Istanbul, Turkey: On the outlying princess islands in the Bosphorus where no cars go and most houses are still the traditional wooden style, this man had been on his feet selling fish out of his basket all day and takes 5 minutes break…before offering his sales pitch to us, unfortunately for him we are vegetarians!

Kiev, Ukraine: In one of the public parks in this huge city two young pretenders capture the imagination of the old chess players. They offered us a game, maybe we should learn how to play we get offered to play so much!

Of course, there are so many more interactions we didn’t get photos off, probably those were the ones that were even more intense and it just didn’t seem right to get a photo. We made a concerted effort on this trip to take more photos of people, something that is not always easy either. We of course wish we had so many more, but the memories we have been left with from staying with families, speaking with locals and making freinds with fellow travellers will stay with us for a lifetime and really made the experience of travelling that much more rich.

Do you take portraits of locals whilst travelling?

See more from our backpacking adventure

Albania and Ukraine are on my top list. There are still lots of mix perceptions with the people in Eastern Europe but definitely traveling here and getting along with the locals can give you such amazing experience. Surely, giving you a big tip to come again.

All we have ever had is great interactions with the people of this region, especially Albania, they are so friendly. It upsets we that they have such a bad reputation when they are so lovely!! I think it mostly comes down to the harsh accents in this region and that many people can’t speak good english.

This is a really beautiful post and you’ve certainly captured the spirit of the Eastern Europeans. It is my favorite part of the country and didn’t take famous landmarks and glossy magazine ads to sell me. It is just a happy place to be where people appreciate their country and have a friendly way about them. 😉

Thanks Melody. We love this region so much and are also sad that we have visited all but one country in Eastern Europe!! There is so much we love about it but the people are a major reason.

Such a beautiful post and wonderful pictures, You captured the local life beautifully! I love this. And also, it seems that the locals really love their board games there. Great job!

Thank you very much. Ha ha, yes, board games are very much still popular in Eastern Europe! 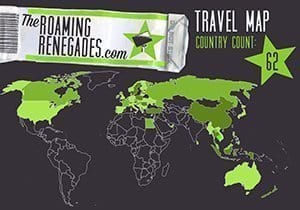