Recently we have started a new series called “Inspiring Interviews”. Here we find some of the most intrepid, inspiring and motivating travellers and bloggers out there who will show you just how possible travel, both long and short term is! We hear their stories about how they managed to visit so many incredible places, how they budget and some of their favourite memories from their amazing travels! Prepare to be inspired!
Our third instalment comes from the world of “Passing thru”, Betsy and Pete are two people who we very much look up to here at Roaming Renegades and, I hope they take this the right way, they prove that age in no barrier what so ever in realising your dreams and seeing the world! They are the true definition of “go-getters” – read this interview and we guarantee you will be inspired!
“Just make sure you’re being honest with yourself. There’s a lot of people out there who say, “I’ll do it someday when I’m ready.” Someday generally doesn’t come.”  Betsy & Pete from Passing Thru Betsy and Pete Wuebker are location independent entrepreneurs who are now fully nomadic. In 2014, they visited 14 countries, including Russia for the Winter Olympics in Sochi. They blog about travel and lifestyle at PassingThru. Where are you from and can you give us a little background to your blog?

We’re U.S. citizens who met in Minnesota about fifteen years ago and married there in 2006. We began PassingThru in 2008 there about the same time we embarked on our journey toward location independence.

We were inspired by Tim Ferriss’s book The 4 Hour Work Week, and because we both had entrepreneurial backgrounds, the idea of building a business that we could work on from anywhere had a great appeal. We had quite a bit of time to travel then – or so we thought – as Pete had six weeks or so of vacation with his day job. But we soon realized that we wanted to make travel a bigger priority. We still weren’t ready to take a complete plunge. Instead, after he quit his day job, we kept a home base and took extended road trips in North America to test whether we could make the digital nomad thing work. Then we took a pivotal vacation to Hawaii and fell in love with the island of Kaua’i. We came home to winter in Minnesota and said, “What are we doing here? We’re moving!” No one believed it. But we spent the remainder of the townhouse lease we had just signed dispensing with possessions, selling the cars, and reducing our obligations so that we could literally escape to our tropical island. 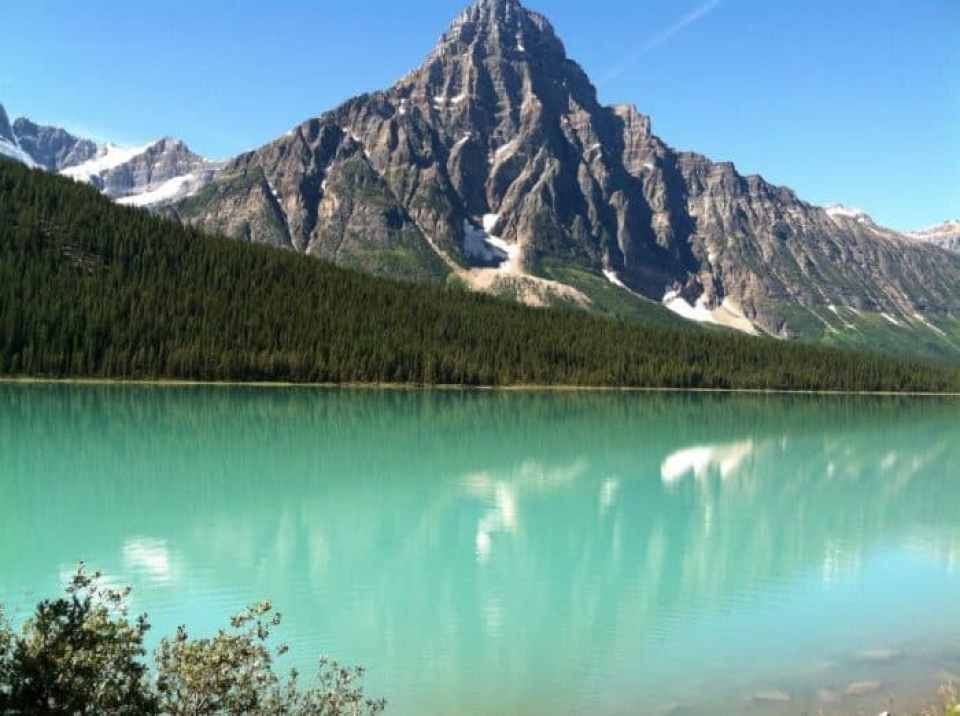 Life on Kaua’i was absolutely beautiful, as you might imagine. When we first arrived, we decided we weren’t going to travel anywhere for a while. But, we purchased tickets to the Winter Olympics in Sochi a year later, as Pete had always wanted to go to the Games. There we were with these tickets to a place we’d never really heard of. So we began to plan what turned out to be a 5 week journey across Europe – from Ireland through a dozen other countries. When we returned to Kaua’i after that, we were restless. Although we love our beautiful island, we needed to travel more. So last September, we took the plunge and became completely homeless. Our intention then was to travel the world for two years. Now we’re thinking we may make this a permanent lifestyle change. The beauty of it all is, we can decide to do whatever we want.

Why do think it is that you travel, what inspired you or made it become more of a lifestyle for you?

We both were bitten by the travel bug rather early in life. Pete spent a summer in Asia back in the 70’s, which included being one of the first groups allowed into China. Betsy was a high school exchange student to Norway. Even though we both returned to the U.S. and went down a traditional path – college, career, marriage, family – travel kept surfacing. By the time we were married in 2006, we’d traveled enough together and were at the time in life to realize that it was what we wanted to do most. Many people feel they cannot travel, whether that be short or long term because of money, how do you finance your travels?

Well, it’s true. It’s difficult to finance travel when all or most of your money is tied up in a traditional lifestyle. We’re by no means wealthy, which means we had to make some choices. For us, those turned out to be letting go of the house and the cars, and the other lifestyle trappings that were eating up the finances but providing little joy. When you add up what you’re spending on a mortgage, utilities, car payments, gasoline and auto maintenance, furnishings, upkeep, and the rest, it’s a lot. When you eliminate those expenses, there’s your travel money.
But that’s only part of the equation. We talk a lot about lifestyle design and work-life integration at PassingThru, and that’s one of those pat little phrases that has been overused or misappropriated. What we mean is, you’re choosing to live and work in an integrated way. Work-life integration is where you make work fit your life, instead of living around your work. Work isn’t someplace you go, it’s something you do. And you can craft a business that you can work on from anywhere in order to do what you want, where you want, when you want. That’s the definition of true freedom. 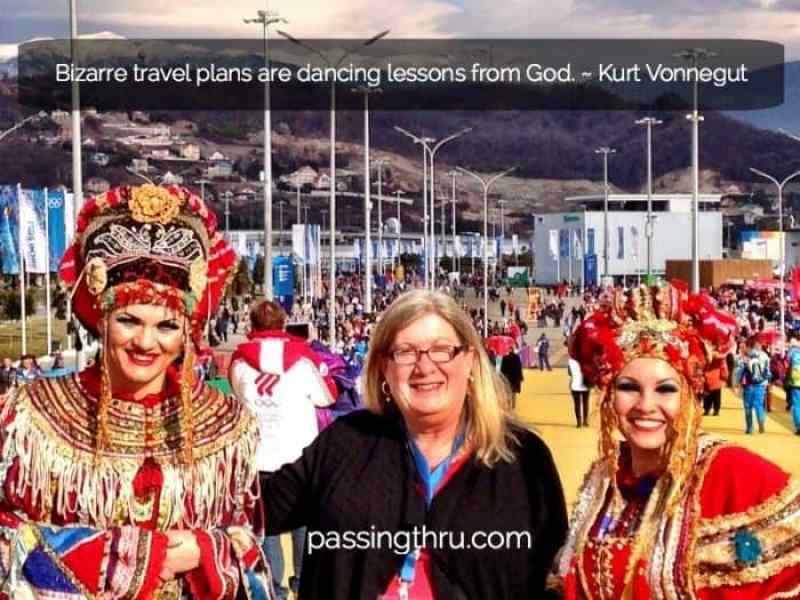 Many would be travellers out there are unsure or scared to travel or to make travel a lifestyle, what would your best piece of advice for them be?

Well, if you’re unsure or scared, there’s not a lot we can say that we haven’t already said. If you’re considering a change, this means that life the way it is now isn’t working for you to a certain degree. Only you know the extent. Perhaps the inconvenience or the restlessness is something you can live with so that you don’t have to face your fears. If this is the case, you’ve got to be okay with letting your uncertainty get the best of you.
But we’re guessing there will come a day when you reach a tipping point, where it all becomes more than you can stand, and you’ll say to yourself, “I wish I had taken steps earlier.” Why not avoid that day?
Examine your situation and be honest. If you’re not willing to take the plunge, there’s nothing wrong with that. Just be sure that your decision not to is intentional. Likewise on the flip side, if you decide to go ahead with things despite your fears, you can do a lot for your peace of mind by having a solid plan which includes financial backup and other aspects that make you feel more secure. So, you may defer your dream while you get your savings in order, or develop your business to the extent that it can replace your day job, etc. Just make sure you’re being honest with yourself. There’s a lot of people out there who say, “I’ll do it someday when I’m ready.” Someday generally doesn’t come. What is the most important lesson travel has taught you?

Travel is humbling. The world is vast and we as individuals are pretty small. We’re just not as important in the grand scheme of things as we’ve led ourselves to believe. This goes for nations, too. When you don’t get outside these borders (your own or your country’s), you can adopt a skewed sense of the world. People are people everywhere, and most of us want the same things. A curious mind that is interested in other human beings and seeing new places is about the best asset one can have.

What is the greatest memory travel has left you with?

Oh, gosh, this is hard to select just one. The one I keep coming back to isn’t very exciting or grand, but it was beautiful. At sundown on the Coral Coast in Fiji we spent time with a family who was gathering sea urchins at low tide. They taught us how to crack and scrape the meat and we ate them fresh from the shell, salty from sea water. It was good to speak with them, sit in the sand and watch the sun go down without speaking, too. We felt as though we were in an experience that had been quite the same for hundreds of years.

What is your favourite place to travel and where would you most like to visit?

Well, at this point, the only thing I can say is our favorite place is the next one! Our short term plans after Australia include Singapore, Mumbai and then on to Europe for the spring and summer. It’s pretty much a blank slate. Our goal when we got married was to visit all 7 continents and all 50 states together (and wherever we’d each been separately didn’t count), so there’s that. Within the past twelve months we’ve hit four out of the seven, so we’re doing pretty good, but there’s still a lot of the world to see. 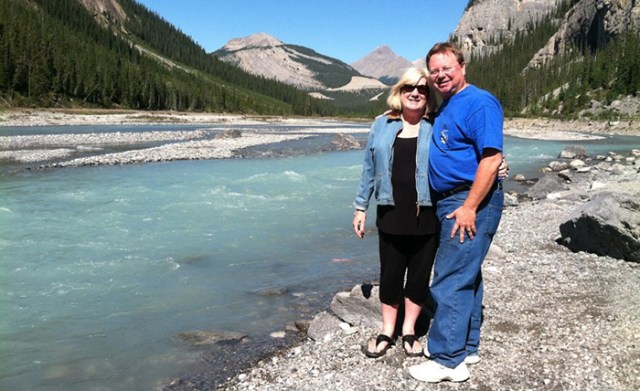 What is your life motto?

Over thirty years ago, my father and I had a memorable conversation just before he died. In it he advised, “Never say ‘what if.’” As in, “what if I had chased my dream” or “what if I’d decided to go ahead with that crazy idea.” When Pete’s parents were passing, they each expressed regret that there were many more things they had wanted to accomplish, but had run out of time. So, this was a very vivid lesson, too. Living with as little regret as possible means that if we want to do something, we shouldn’t defer. We never know when our number is going to come up, and when you get to be our age, it’s likely to be sooner rather than later. Do it now. 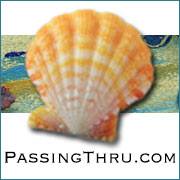 Check out our other inspiring interviews here: theroamingrenegades.com/InspiringInterviews