Music is the great inspirer along with travel itself, in fact, both of these are two great passions in our lives and have inspired each other over the years to no end. Combing two passions is an incredible experience and one we’ve been lucky enough to do many times whilst travelling. Visiting filming locations for our favourite TV programs like Game of Thrones, or recreating moving scenes in Manhattan! Similarly some of our favourite bands or indeed some of the most historically important music is connected to certain landmarks and cities, especially in Europe. From Mozart to The Beatles, Opera to Dance music, Europe is home to unparalleled history and diversity. 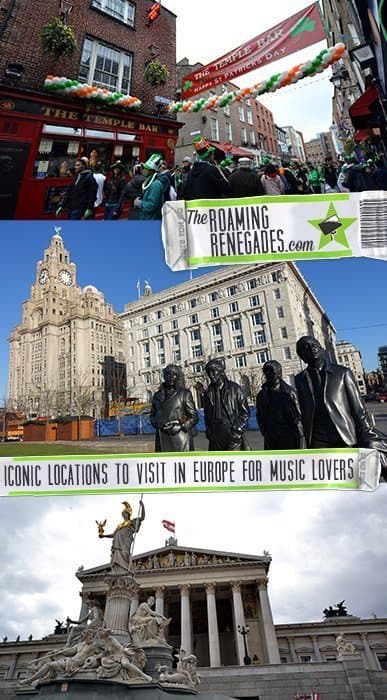 London is one of the worlds best cities when it comes to its music scene and musical history. But one of the most iconic spots in the city is just a humble road crossing immortalised by one famous UK rock band! Made famous as the location for the cover image of The Beatles 11th album, thousands flock here each year to recreate the iconic scene of the Fab Four strolling across the road!

Read more about London here: Visiting London on a budget, how to make the most out of the UK capital! 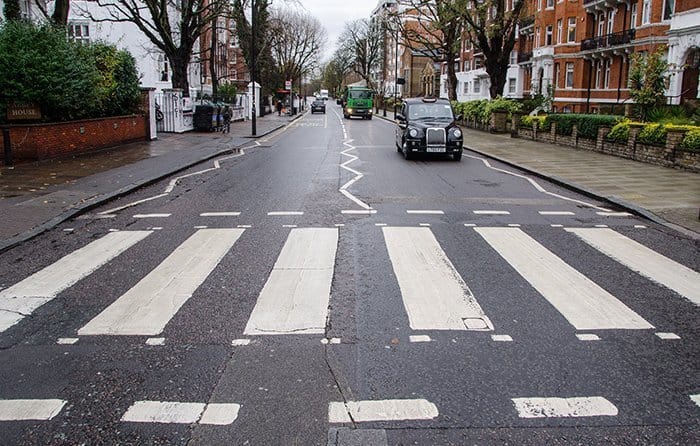 The Cavern Club and various locations around the city, Liverpool, UK

Speaking of The Beatles, you can’t visit England as a fan and not head north to the home of the band, the wonderful city of Liverpool. A city steeped in musical history and with a lively scene to this day there are many iconic spots to visit dotted all across Liverpool. The iconic Cavern Club on Mathew Street where The Beatles made some of their earliest performances is a must visit, it’s also played host to Oasis, Queen, The Who and The Rolling Stones. Other spots for fans to visit are Penny Lane, Paul McCartney’s childhood home and The Beatles Story on the UNESCO listed Albert Dock.

Read more about Liverpool here: Guide to a day in Liverpool. The city that brought us the Beatles and so much more! 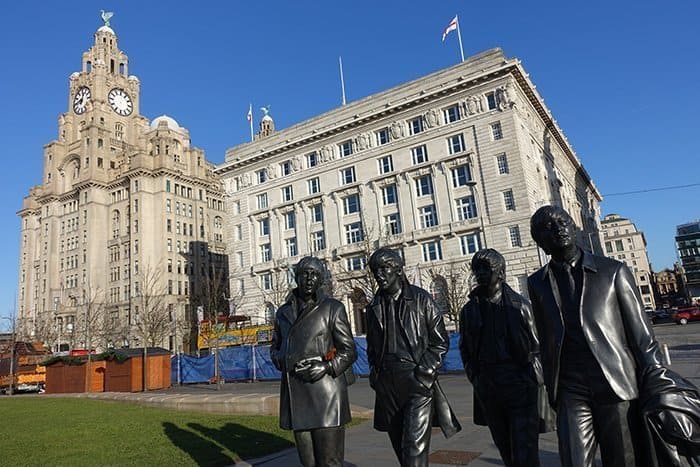 La Scala is one of the leading opera house in Italy and steeped in history having been open since 1778. Located in Milan, a beautiful city perfect for those who love a wide range of music from opera to dance and electro.  Works of Verdi, Stockhausen, and Puccini has been featured in this opera house, and countless great Italian operatic artists over its many years of entertaining the public. It is also possible to not only catch a performance here but also to tour the opera house and learn more about its unique history.

Read more about Milan here: Cheap things to see and do in Milan 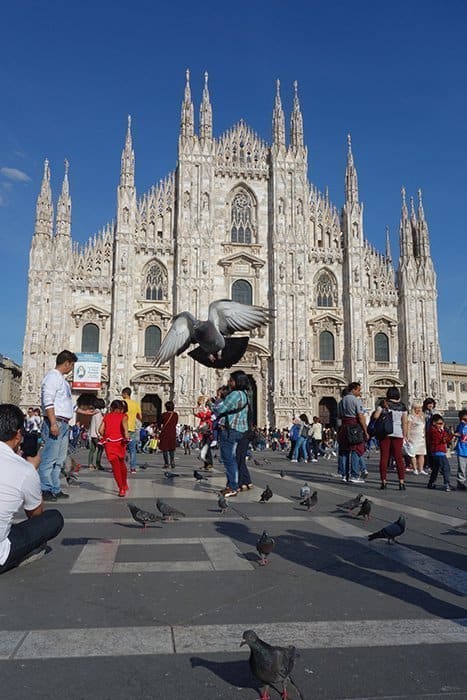 The most visited grave in the incredibly atmospheric Cimetiere Du Pere-Lachaise, the grave of Jim Morrison has become a site of pilgrimage. Having passed away in Paris in 1971 The Doors  singer was interred in the already famous gothic cemetery, home to greats such as Oscar Wilde, Edith Piaf and Chopin amongst many others. The grave of Jim Morrison is a place for fans to flock to, with music playing, beer and whisky flowing and candles constantly being lit it’s a place with a joyful and hippy atmosphere! 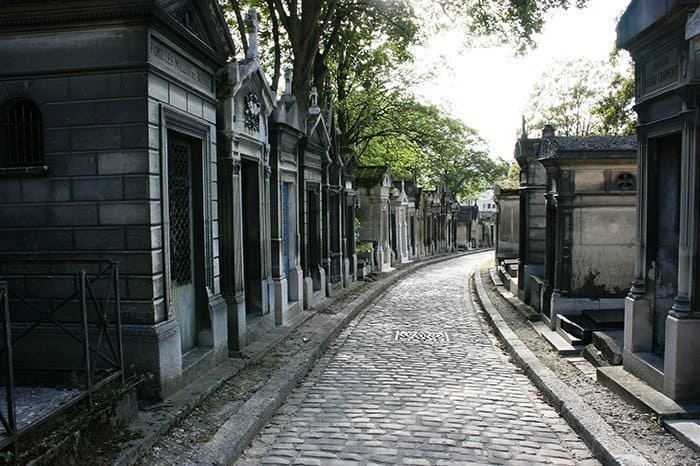 Get Lost in the Dance Scene of Berlin, Germany

Berlin has always been a hub for creativity and music over the years, with the likes of David Bowie, U2 and Iggy Pop recording and living here for a time. Today the scene is dominated by Dance and Techno music, the energetic and pulsating music combined with the unique art scene here creates an incredible and mesmerising vibe. Some of the classic clubs include SO36 and Schokoladen with the superclubs of Tresor and Berghain being a must visit for Dance fans.

Read more about Berlin: Backpacking Berlin: Awesome things to do in Berlin on a budget! 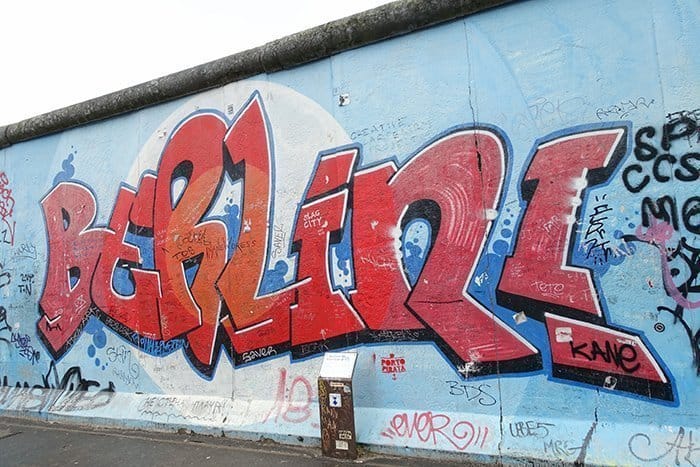 Undoubtedly, Vienna is the European capital of Classical Music. Composers like Wolfgang Amadeus Mozart, Ludwig van Beethoven, and Johannes Brahms have studied and worked in “The City of Music”. Vienna is home to some of the greatest and most impressive theatres and concert halls too. The Wiener Musikverein is home to the Vienna Philharmonic Orchestra while the Wiener Konzerthaus has the Vienna Chamber Orchestra, Vienna Symphony, the Klangforum Wein in residence, and the Wiener SIngakademie. It is also possible to visit the home of Mozart and discover more about his life and works whilst in Vienna.

Read more about Vienna: A guide to a day in stunning Vienna, Austria 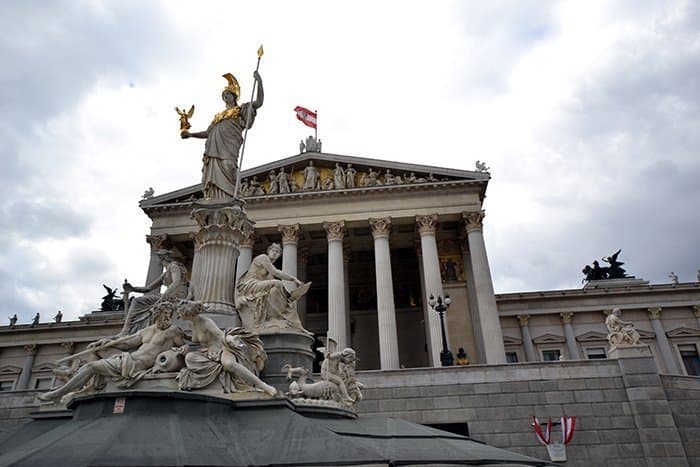 For over 25 years, Whelan’s pub has seen acts of different performers. The Arctic Monkeys and Ed Sheeran are some artists who have graced the stage of this musical institution in Dublin, Ireland. This pub is also featured in the 2007 movie adaptation of Cecelia Ahern’s novel, “P.S. I Love You”. The city as a whole is also a music lovers heaven, with streets lined with pubs playing live music each and every night of the week. The Temple Bar area is a hub of both traditional Irish music as well as modern performances and crossovers! With the Guinness flowing, the music pumping and the craic in full motion you are sure to have a great night in the Irish capital. 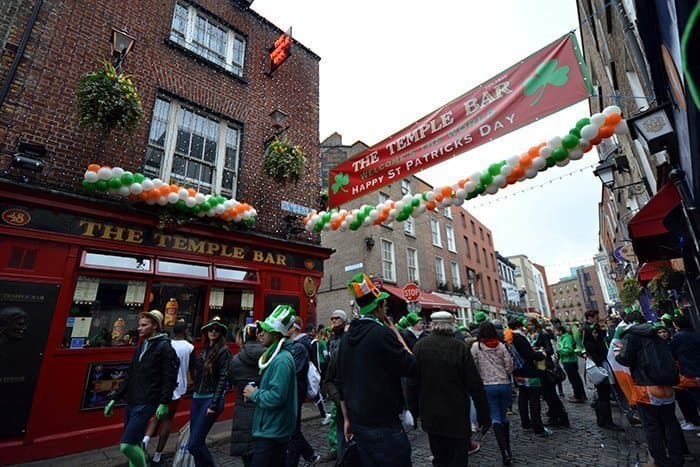 Manchester is home to one of the UK’s most incredible and lively music scenes. From the era of the Hacienda and the Madchester scene producing the likes of The Smiths, New Order, Joy Division, The Stone Roses and even early performances by the Sex Pistols and The Buzzcocks it’s at the heart of new musical movements. Speaking of The Smiths, one of their most iconic album covers, The Queen is Dead,  was taken over the river in the city of Salford and has become a site of pilgrimage for fans of the bands and Morrissey. Manchester itself, we might be slightly bias with it being our hometown, is also worth exploring further too and has one of Europe’s most happening music scenes with a high concentration of venues and variety of performances year round.

Read more about Manchester here: 23 reasons why you should visit Manchester when you come to the UK 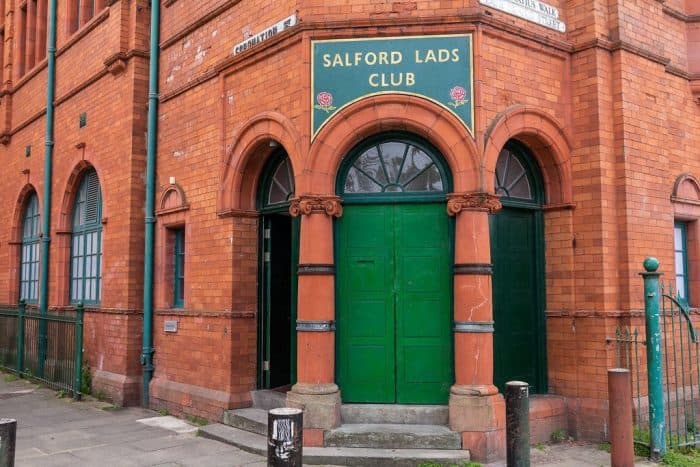 
Hey, you’ve got your Travel Insurance sorted haven’t you?