Mostar has recently risen from the ashes of the war that left in in ruins to be one of the former Yugoslavia’s most popular destinations. Most people take day trips over from nearby Dubrovnik to sample some of this unique cities Ottoman charm. From the famous Stari most, an icon of the city and country, to the unique and turbulent history of this small city, there is much to do and see. Stari Most and the Jumpers

Where else to start but the most famous and infamous icon of the city. The Old Bridge even gives Mostar its name! The bridge has been drawing visitors in since it was constructed back in the 16th century. The UNESCO world heritage site was destroyed during the siege of Mostar in 1993, a moment in the Balkan war that drew the world’s attention and subsequent intervention. Rebuilt in 2004 in the same materials and building methods once again the bridge stands proudly as a sign of Mostar. Stand here and watch at the Bridge Divers take the 24m plunge into the icy river below! 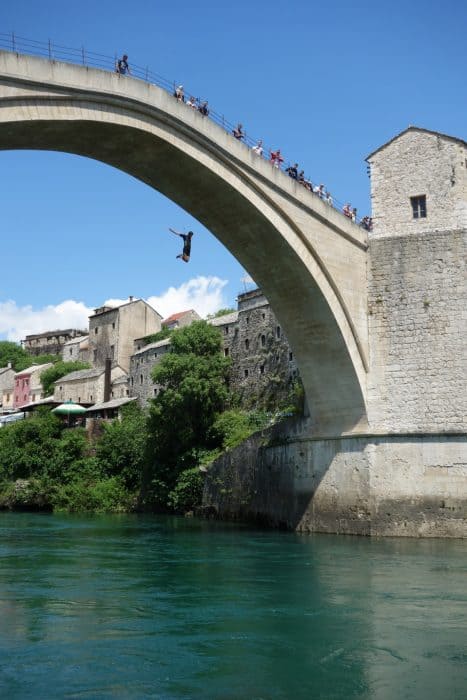 Mostar is an old Ottoman city, the old town area is dominated by the cobbled narrow streets of the bazaar. Wander around here for a true taste of the ancient culture of this city, not to mention just how intense and beautiful this area is! Watch out though, you will have a tough time walking on the old cobbles, but there is so much to look at that you will want to take your time! 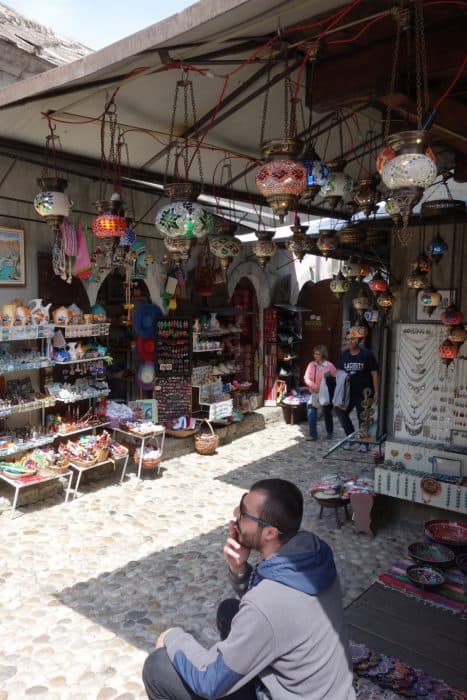 The Bombed Out Buildings

You can’t visit Mostar without noticing the numerous bombed out buildings that still remain from 1992-3. These ghost like shells are a fascinating and sad reminder of what happened here, but if you delve a little deeper and see how far the city has come since then, they are also a sign of just how much has been rebuilt. We recommend taking a tour with Miran to fully understand what happened here and to see the most impressive and important ruins that remain. Read more about our tour here: Discovering the scars of Mostar 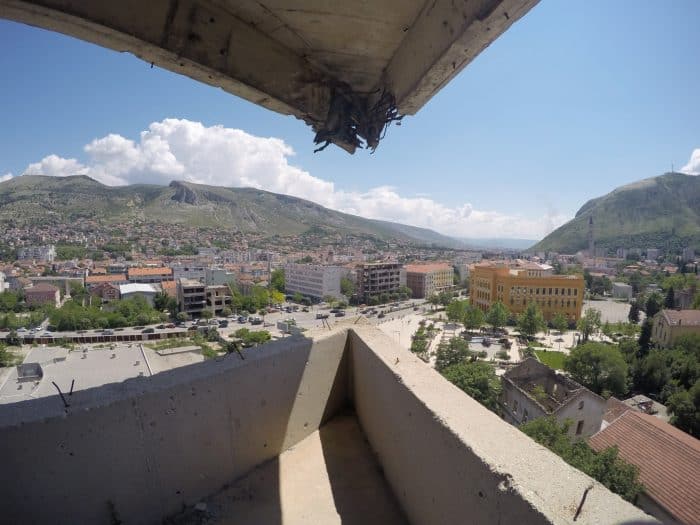 Mostar’s skyline is dominated by the many minarets that rise high into the sky, around here the population is roughly half Muslim and half Cristian, though you would think it was mostly Muslim. A visit to Mostar is incomplete without seeing the wonderful interior of the Koskin-Mehmed Mosque. Many of the other Mosques are off limits for those not entering to pray and as someone from outside of the religion I am also very aware of trying not to insult anyone. This mosque is today mostly used for visitors and is open for all. The relaxed atmosphere makes it easy to visit and a real highlight is ascending the minaret for amazing views over the old town and down the river to the Stari Most. 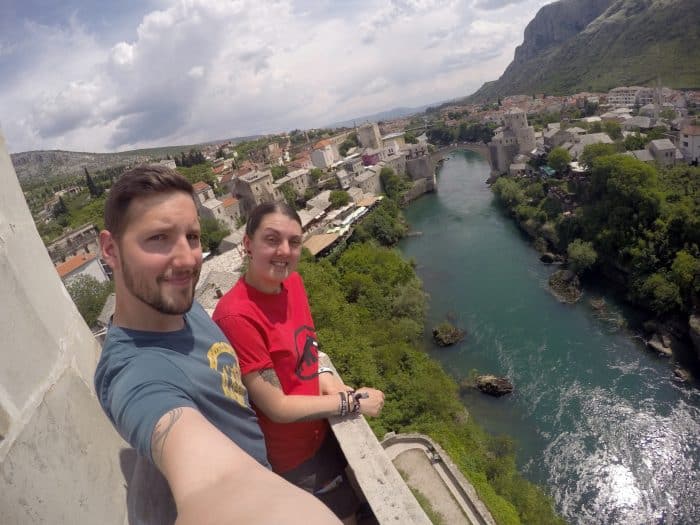 As you may have noticed, the culture in Mostar is dominated by the Ottomans. But today most of the buildings have been brought up to date. But hidden down one of the many narrow streets is a fully preserved Ottoman house dating back to the 16th century. Protected from the outside world by high walls the inside is like stepping back in time and contains many family artefacts passed down over the years. 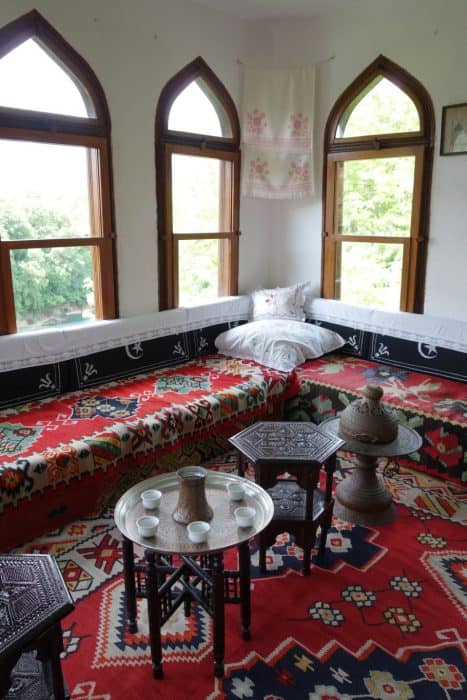 An almost perfect miniature of the Stari Most this little bridge that crossed the Rabobolja creek is also UNESCO listed. The ancient structure has stood here, as much of the old city, since the 16th century but the exact date of construction is unknown. As much as the new Stari Most is an amazing structure, those looking for something entirely authentic should come to this quiet area of town just down from the main river. Set in a wonderful narrow creek surrounded by trees and period architecture it is a lovely break from the busy main areas of Mostar. 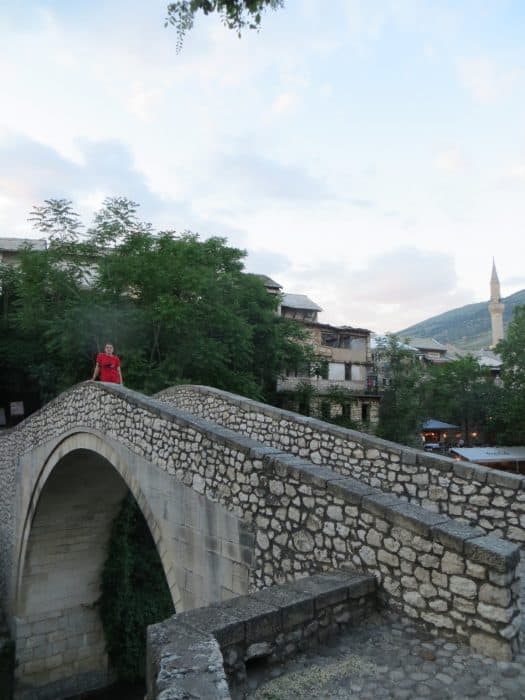 Surrounding Mostar are a series of stunning mountains, one of which controversially sits a cross high above the city. From here the view is amazing, you can walk a little way further around and see the Stari Most and old town from up here, unforgettable! Up here though the history of the war is again prevalent, it was from these very vantage points that the city was held hostage, there is still an old bunker up here. Be careful too and stick to the path, there are landmines still in the surrounding countryside. Heading out of the city into the hills is just one of the many day trips from Mostar you can take. 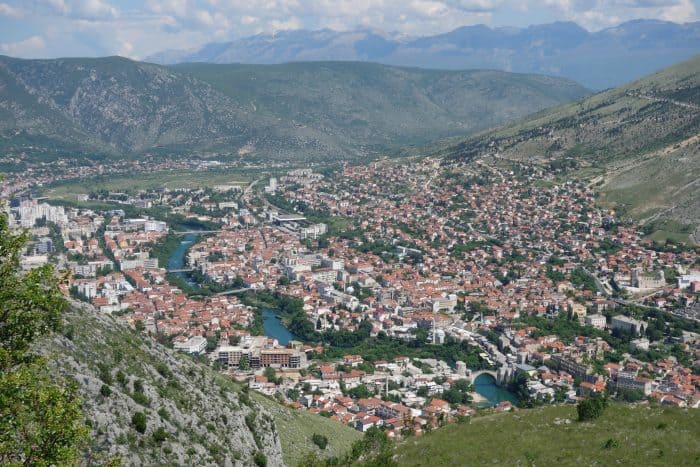 Have you explored beautiful Mostar? 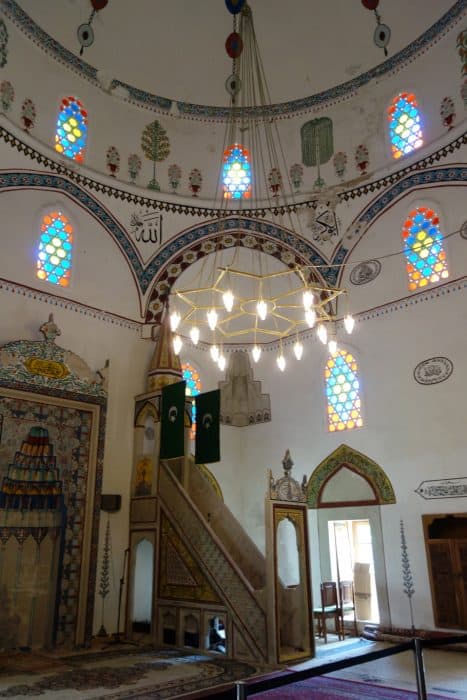 You will love it!!

Mostar looks so beautiful, so different. It has that old world charm. The mountains, the mosque, the building, the bazaar, everything has that Ottoman flavor.

It has to be one of the most beautiful and interesting places we have ever been, I just loved that combination of culture, it has to be one of our favourite places in the world! Perfect city, which feels more like a town really!