After spending 2 weeks in an apartment with a pool down in Fethiye, Turkey visiting family and freinds and generally taking a break from hostels and backpacking we found ourselves in Bucharest. Back on the hostel scene we were both excited to be back out there and also not so much looking forward to sharing a room again! But we needn’t have worried, in Doors Hostel we discovered a paradise in the middle of this wonderful city. A place where we were surrounded by art, creativity and fascinating people!

As soon as you step through the gateway into Doors Hostel you feel like you have wandered into a free thinking community. Everywhere you look there is wonderful examples of art work, books free to read, activities to join in and generally the decor is just as trendy as the city its situated in. As an art graduate myself being surrounded by such creativity, such a way of thinking and being is very freeing and liberating. 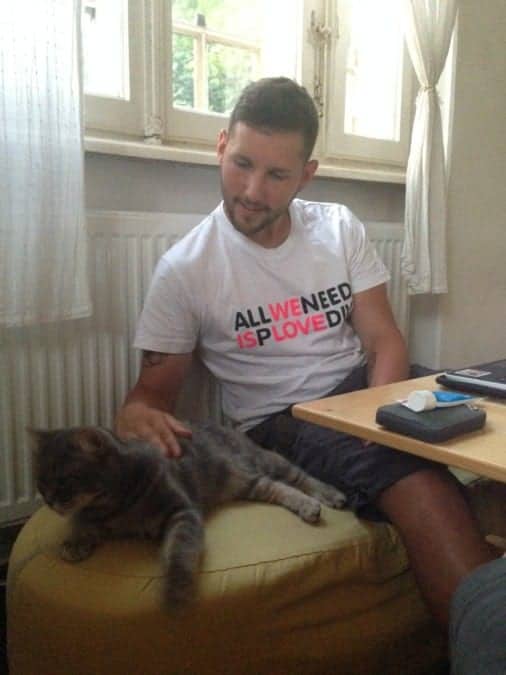 The old converted building itself is a work on art, with murals on the walls of the hallways, furniture created out of repurposed materials, wall hangings from around the world and thought provoking decorations. It really comes together to create a unique and inspiring atmosphere to stay within. 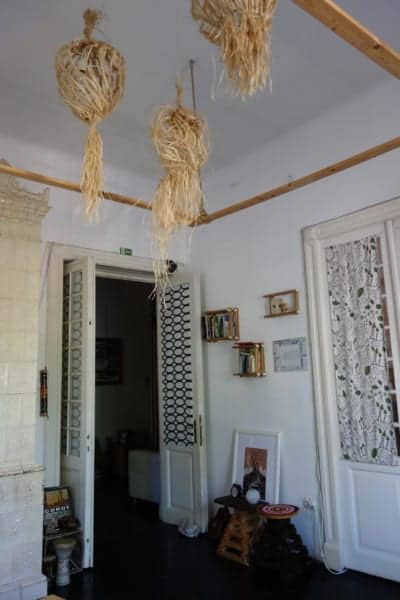 A place to relax

What we loved the most about Doors hostel however was just how easy it was to relax here. There was several indoor living rooms with areas to kick back, but the most impressive areas were out in the garden. Here you could head inside the multicoloured tent, fitted out with pillows, cushions and a padded floors. 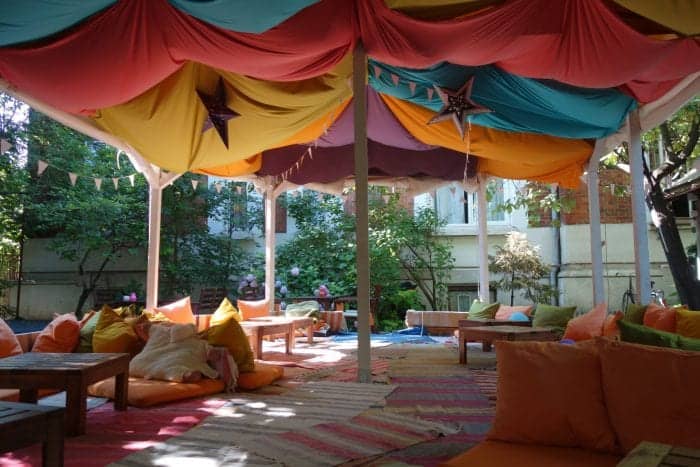 Here we found the ultimate place to take a load off and chill out after an intense day of exploring the city. In this magical and mysterious garden there were also several hammocks and garden chairs too alongside a coffee and smoothy bar. It almost felt like you were in a jungle on an island somewhere in the middle of the ocean rather than a capital city. A real slice of paradise! 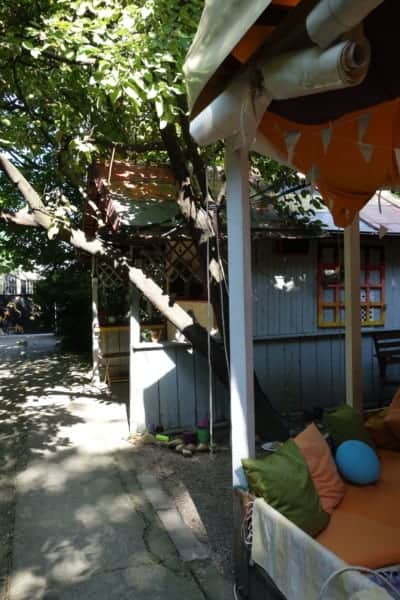 The set up of Doors Hostel really lent itself to socialising and meeting new people. One guy we met, Shaun from Adelaide, became someone we consider now to be a real friend, we even stayed in the same hostel in Brasov and plan on visiting him when we head to Australia later in the year. 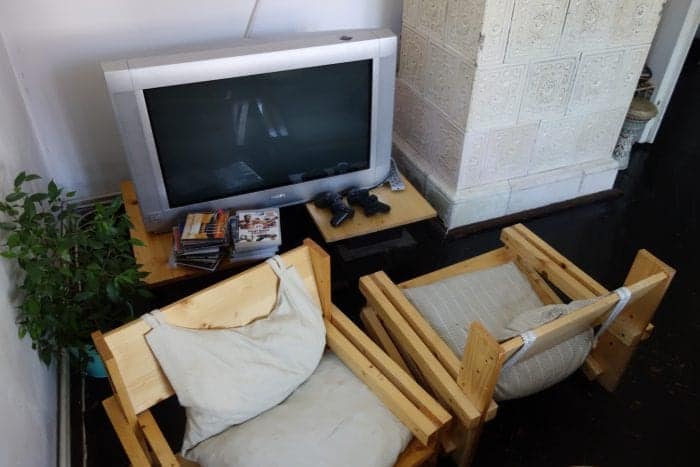 The hostel has several spaces set up that lend themselves to meeting new people. From the large kitchen to the outdoor chill out spaces. But our favourite has to be the games room. Here you can play games, chat away about your day or just hang out with your new mates whilst watching TV! 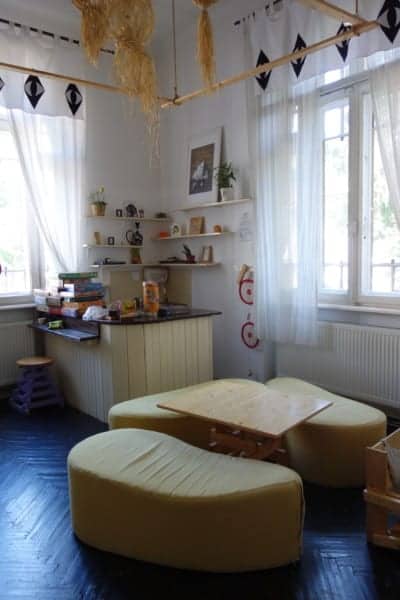 We had so many ideas of places to visit when we headed to Romania, it almost felt a little overwhelming!! But luckily the staff at Doors Hostel where really knowledgable and more importantly very open to chatting about what there is to do and how to do it. 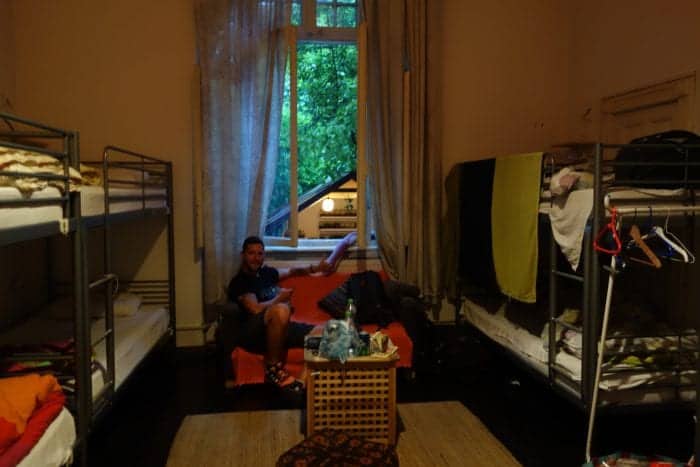 They even checked the trains for us to Brasov, advised us how to get to the train station in the cheapest manner, how best we would get the to Transfagarasan highway and how to get into the Parliament building! Without their help our time in Romania wouldn’t have been half as amazing as it ended up being! 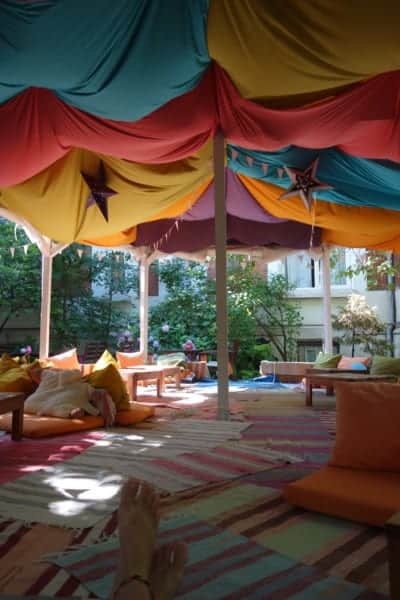 Check them out here

Read more about the city here: Bucharest, a guide to this trendy city! 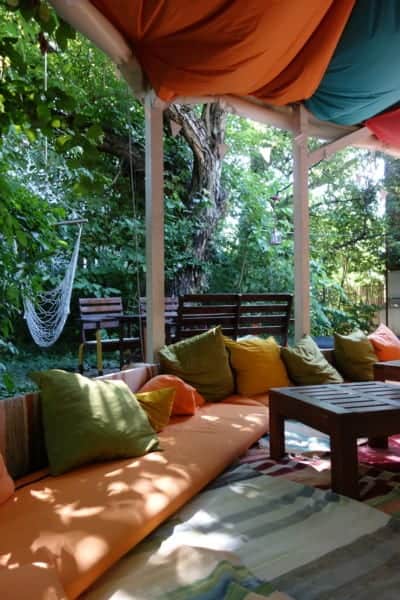 Have you ever stayed in such a chilled out hostel?

Disclaimer: This post was sponsored by Doors Hostel. As always, all opinions are our own!

It really was, such a fun place to hang out!

Those tents are so clever! It looks so festive and fun. I would want to hang out in that area all the time.

In the summer these were so much fun and a great place to chill out
!

How cool! Would love to visit Bucharest and kick back in places like this. I have never stayed in a hostel but it looks like you would get a better feel for how the locals chill.

Hostels are amazing, always so unique and full of interesting people, this was one of the best we’ve stayed in and Bucharest is a great city!

Oh wow. Never heard of this place when I was there. Next time I am here I am so gonna look up this place

Yeah it’s worth having a look, a really chilled out place to hang out in.