We love exploring abandoned places, call us strange, but there is nothing quite like the eerie atmosphere of discovering a forgotten or over looked area of a city. Creeping behind the everyday, off the beaten track and into a lost world, a time capsule of a bygone era. A museum that you can interact with, experience and explore rather than the usual sterilised and predictable environment we usually learn about history within. Here exploration is about more than just discovering another place, but also discovering how to look at your world in a different way! Urbex is an amazing way to do that!

Visiting Chernobyl and the post apocalyptic abandoned soviet town of Pripyat had been a dream, the eerily alluring idea of a town trapped in time, a relic of the soviet eta standing as a time capsule to a bygone era. Pripyat to us is the perfect urban exploration spot, having everything on the tick list the adventurous explorer could ever wish for: Shop, homes, hospitals, gyms, swimming pools, schools, fire stations and a crumbling amusement park. Add this to the dystopian undertones of an idyllic constructed town around the perfect soviet vision that drastic events turned into a nuclear wasteland. This has to be the ultimate abandoned place in all of Europe!! 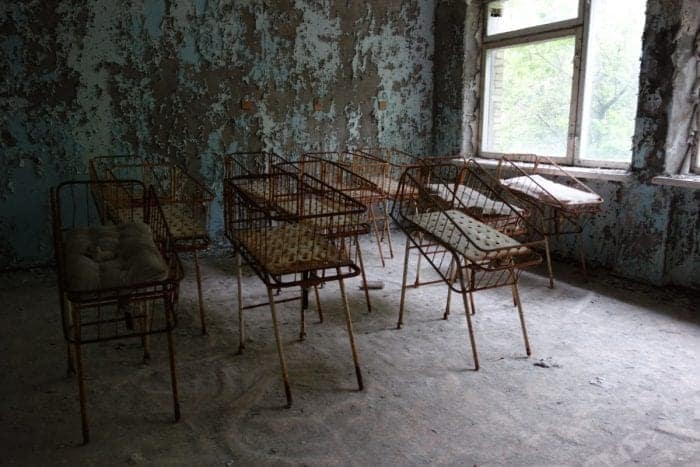 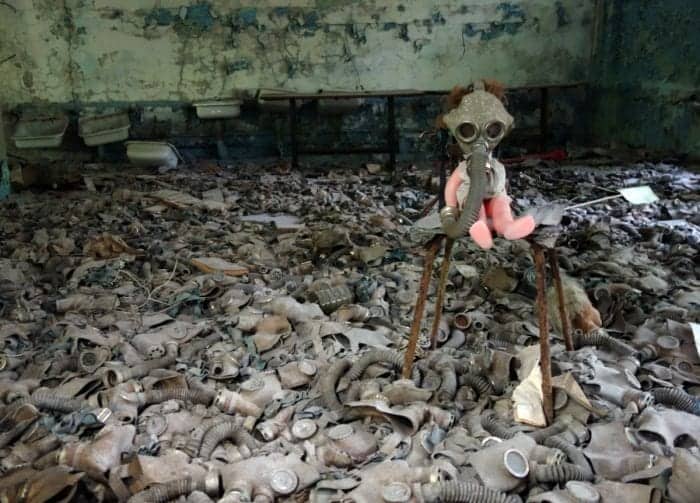 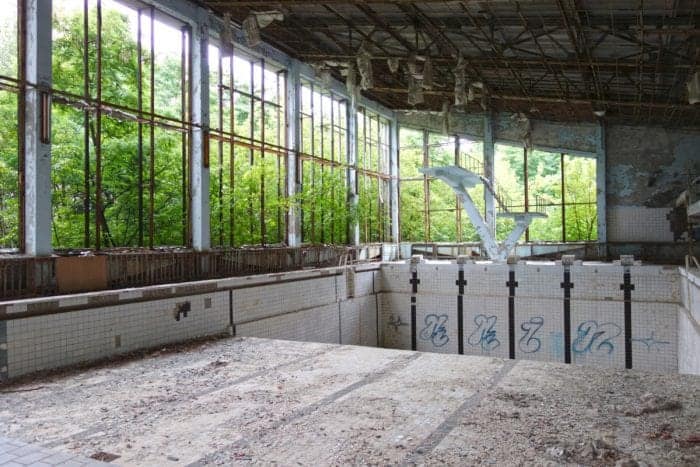 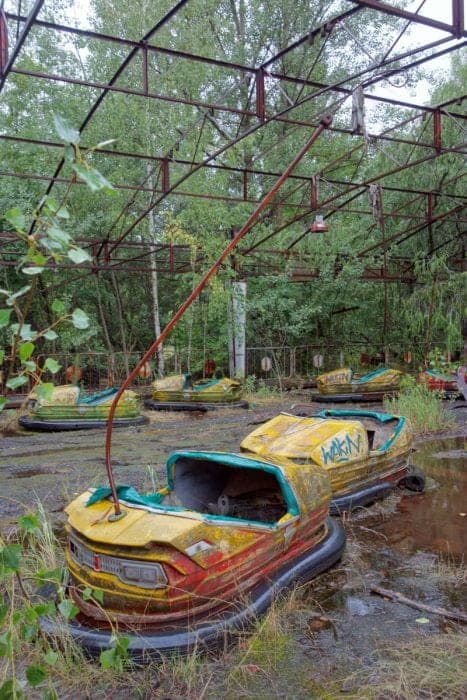 The old bobsleigh track of the 1984 winter olympics in Sarajevo

Built on the Trebevic mountain above Sarajevo for the 1984 winter Olympics the track was completed in 1982 after designs were approved only a year earlier. The track hosted both the Bobsleigh and the luge competitions and attracted a crowd of over 30,000 and 20,000 for each sport. we have wanted to head over to Sarajevo and explore the abandoned Bobsleigh track from the 1984 winter Olympics that were held in the city. Not only does the idea of such a ghostly structure sitting above the city interest us as an exploration, but the history here is an added element that really makes such adventures that much more intense. Despite the threat of wild dogs, bandits and unexploded mine the exploration was amazingly intense and eerily packed full of the ghosts of both the olympians and the soldiers that make it such a historically loaded place. 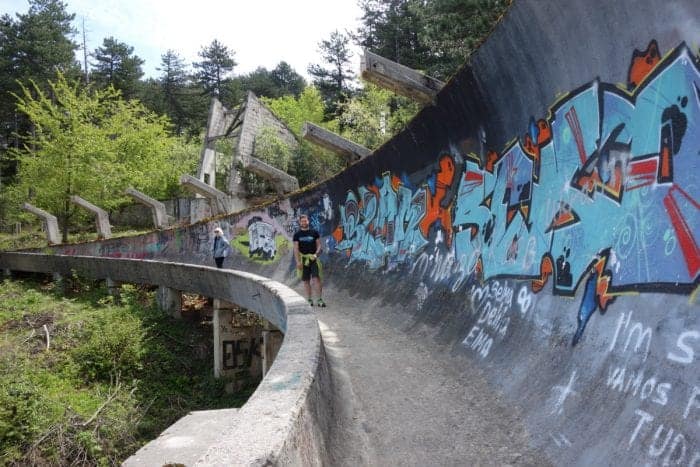 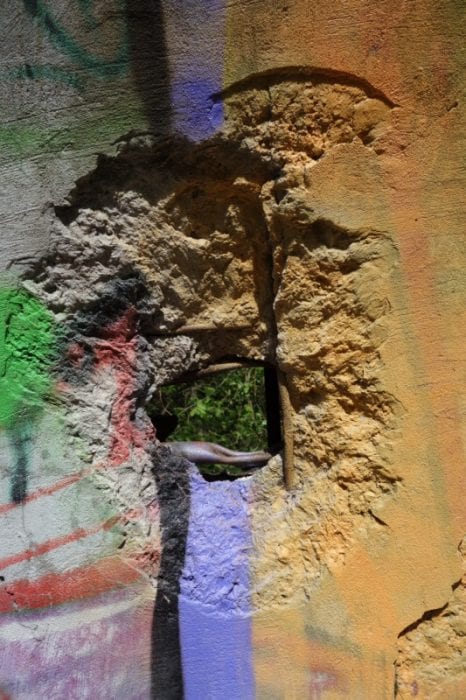 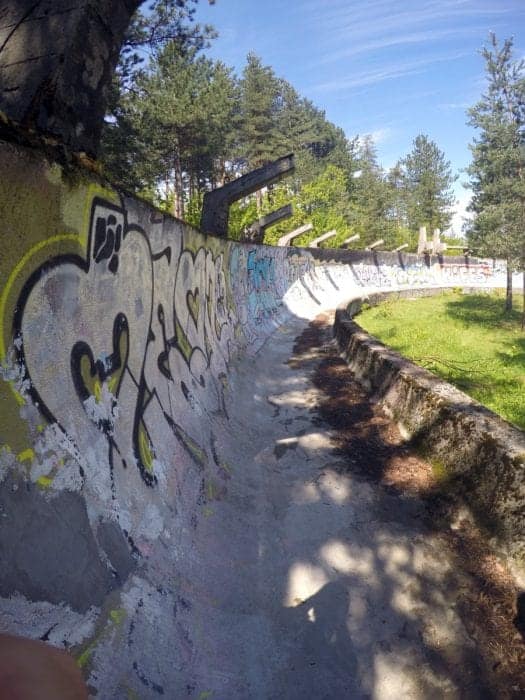 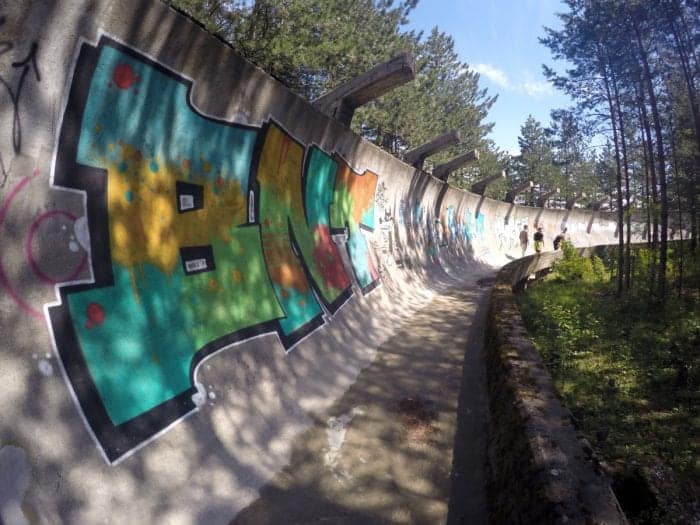 The sniper tower of Mostar

Another remnant of the Bosnian war this time in the beautiful Ottoman city of Mostar which had its famous bridge blown up during the attacks. The stunning city is also dotted with shells left by the war, scars of this city still divided and a country still with wounds to heal. After an intense tour with a former Bosnian refugee who returned to the city to tell the stories of the fierce siege we headed back to the sniper tower. A one time shiny glass building turned into a shell by the war and standing on the front line between either side. Used as a sniper tower by the Serbian forces they used the upper floors where we explored to “shoot anything that moved.”. Yet another moving exploration with many levels and history beyond just the aesthetic of abandonment. An unexpected urbex in a city we fell in love with!

Read more here: Discovering the scars of Mostar at the Snipers tower 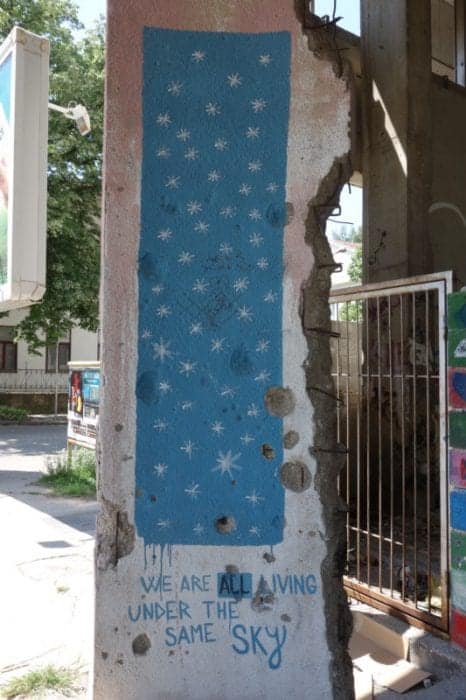 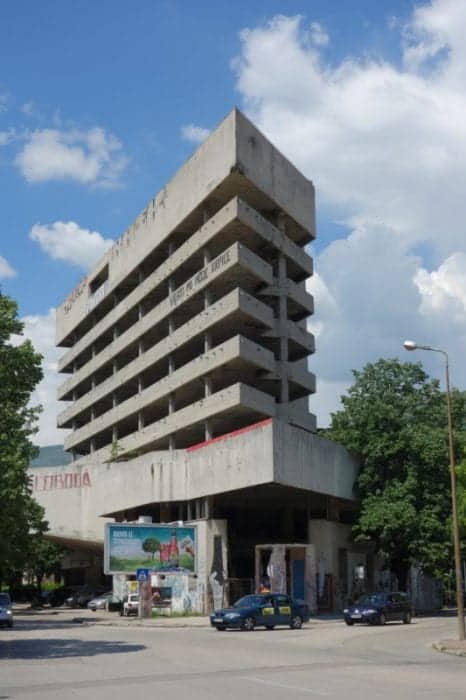 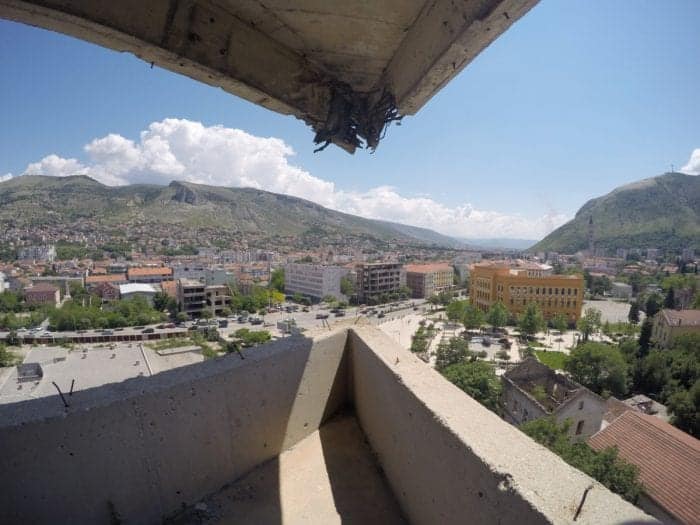 This dystopian relic of a time most would like to forget is iconic for all the wrong reasons, but for someone like me who not only loves all things post-apocalyptic but also takes a scholarly interesting in Communism Buzludzha is a dream!  Named after the 4728 ft peak on which it sits Buzludzha monument was built back in 1981. After the fall of communist in Bulgaria in 1989 Buzludzha monument has fallen into ruin and become a controversial remnant of a time most would like not to remember. Walking up the steps and into the main hallway the light came streaming in through the ruined roof in perfect piercing lasers, as if the sci-fi aesthetics here weren’t already on over drive, we almost felt like we were being beamed up such was the intensity of the Buzludzha monument. The lattice like ceiling is in very real danger of collapsing entirely, falling concrete, rotting stairways and broken glass are a real consideration when exploring here. Climbing the crumbling ladders for almost 20 minutes in the pitch black we finally stuck light again, this time with that tell tale red hue. We found ourselves inside the star itself, staring out at the cracked panels and onto the mountainside below as the wind howled around us. Yet another urbex bucket list item ticked off! 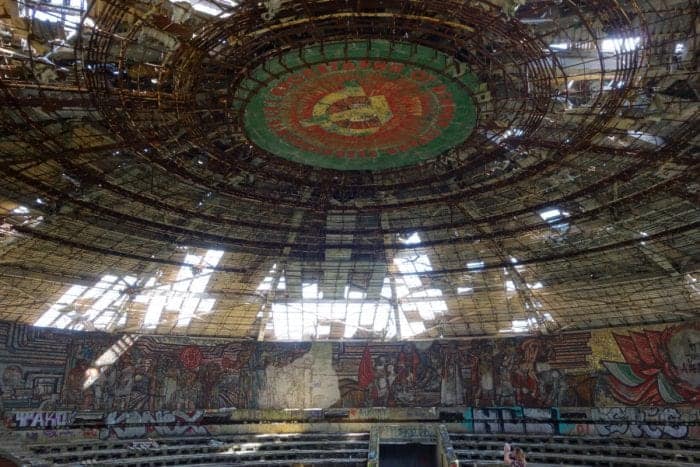 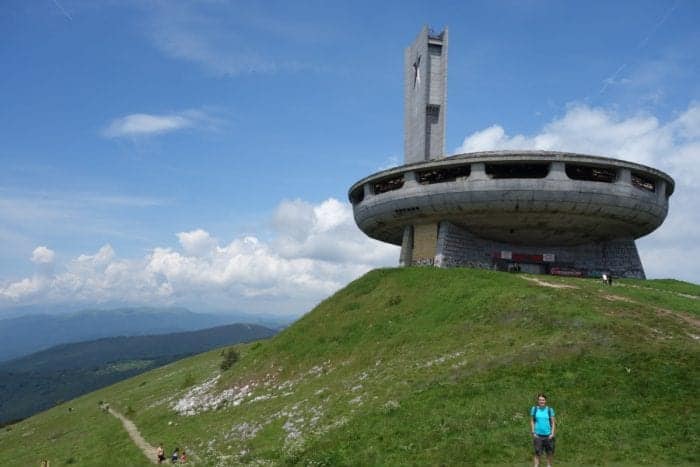 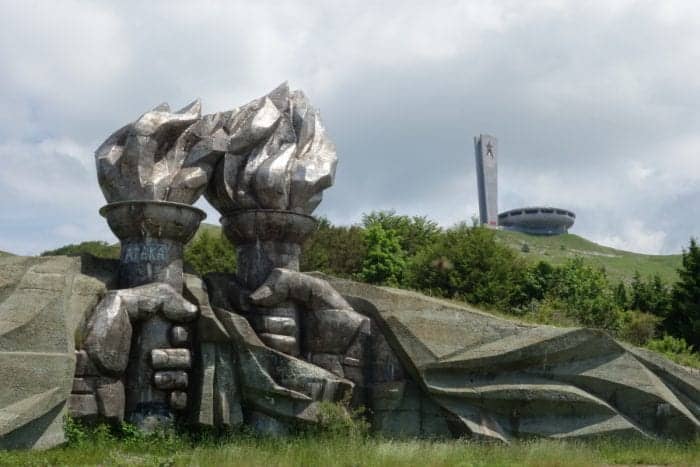 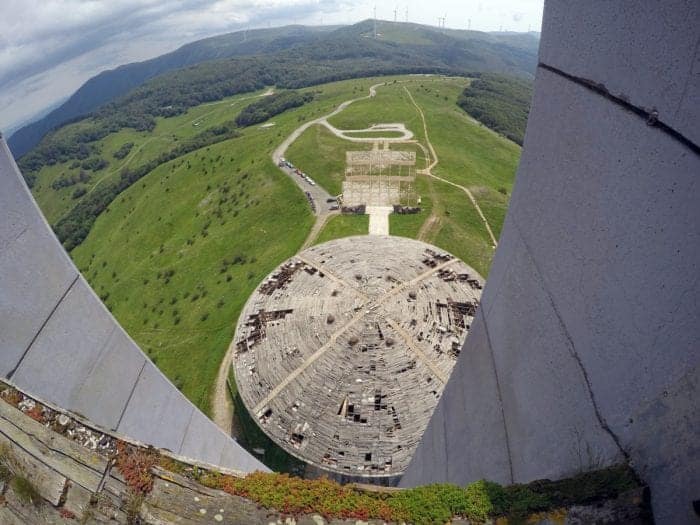 The history of the arches is vast and fascinating. Dating back to the 1838 when the Arches were constructed at a cost of between £60,000 and £100,000. First advertised in October 1839, the arched vaults under Victoria were offered as being suitable for wine merchants, printers and machine makers. It’s landing stages were also home to the Irwell Excursion which ran from 1895 until around 1901. The Irwell Steam Ferries would run in half hour intervals between 10:30am and 5:30pm to Manchester Docks, via Albert Bridge. During the War the Arches were converted and used as an Air-raid shelter, new entrances were installed along with flooring, seating and lighting. The shelter could hold up to 1030 people for 6 hours in unventilated conditions or as many as 5600 in an emergency if ventilated. Exploring these hidden tunnels underneath the cathedral in our hometown of Manchester was just an eye opening experience and one of our first explorations, where we learnt about urbex! Most of us have no idea of the hidden spaces and forgotten remnant of history hidden just below our feet. Requiring abseiling and climbing technique and exploring the pitch black tunnels also requires skill and bravery!! 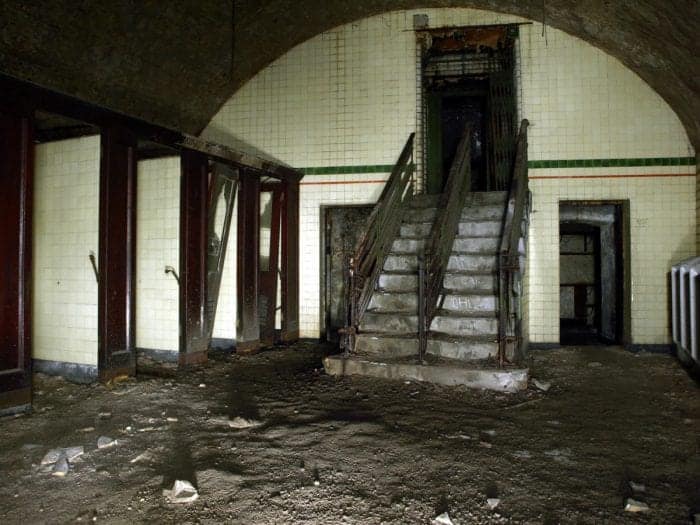 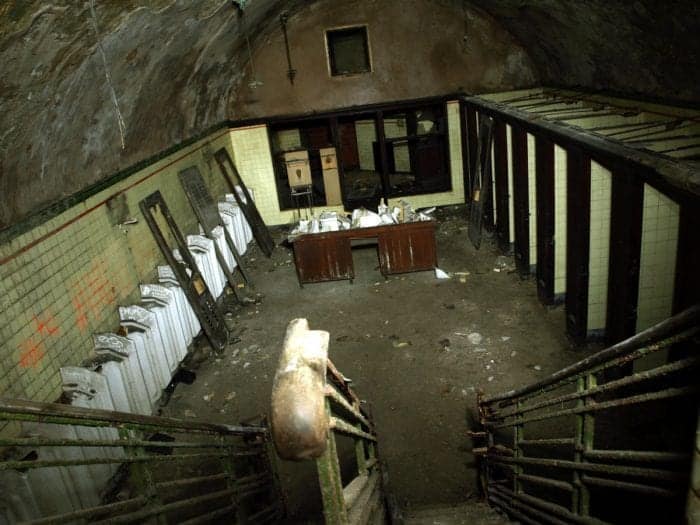 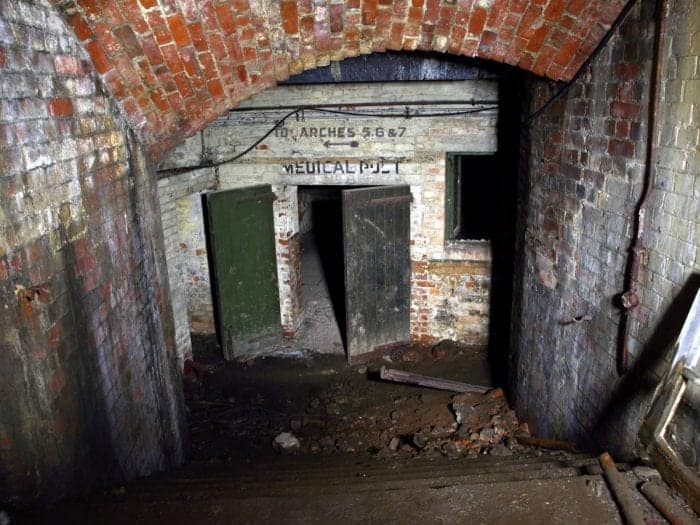 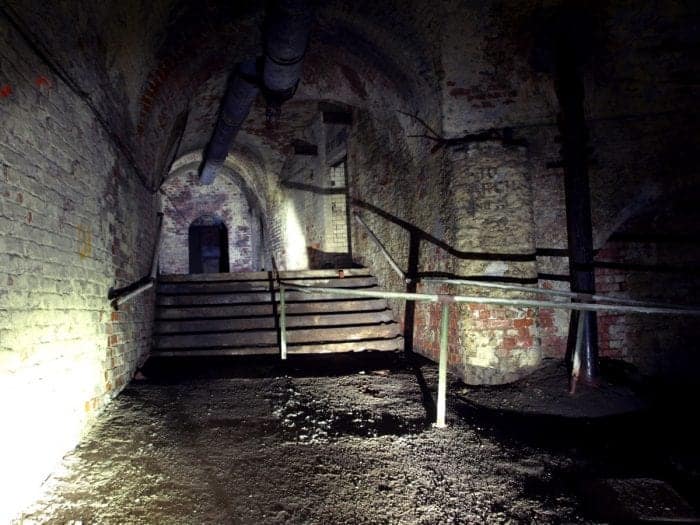 The search for more places to urbex

Of course, this is just a short list and we have explored plenty more amazing places and know there are so many out there to discover. Belgium for example is one place we would love to head to to urbex and Germany too to see some of the remnants of the second world war. Of course, we can’t wait to get outside of Europe and do some exploring too! Do you have any suggestions?

What are your favourite abandoned places to explore in Europe?

Interesting post and great photos! I have been interested in abandoned and dilapidated places…I especially want to visit Chernobyl. I have studied and enjoyed learning about Soviet history. Awesome post 🙂

Thank you very much, yeah we have an interest in Soviet history so visiting many of these was even more fascinating, highly recommend getting over to this part of the world to explore. Many more places too if we had time!

I would love to visit any and all of these sites! It’s such an interesting way to discover the history of a place – even if it can be a bit creep and kooky at times! What an awesome looks into the past. Thank you for sharing – you’ve inspired me to seek out some of my own abandoned places!

Yes they offer a more honest and authentic look at history we think, and they are fun too, if not sometimes scary! ha ha!

I have not been to any abandoned place in Europe. The Chernobyl one would be poignant to visit.

It really is a strange but interesting place!

Love this post and exploring abandoned places too! I can’t believe you’ve been to Chernobyl, that would be incredible. Thanks for sharing your experiences!

0
Reply
The Roaming Renegades
Reply to  Karla at GlobalETALibrary

Thanks, Chernobyl was insane! Crazy place!

I love exploring abandoned places! It’s so eerie, yet fascinating! I’ve wanted to visit Chernobyl for some time now, but I hadn’t heard of the other locations. I will have to add them to my list!

Thanks, yes Chernobyl for us was always the main place we wanted to explore, it just has everything the urban explorer could ever want! There are plenty more in our hometown of Manchester and across the uk too!!

You guys always push the limit for finding really off the wall remains of attractions. Kudos for finding something unusual. My favorite place that you have visited and I think the most haunting photos is that of Chernobyl. I loved that post!

Thanks Melody, we always try to find somewhere that tells another story about the places we visit and usually the abandoned ones are the most interesting! Chernobyl was just something else, almost unreal!

What an interesting post! I’ve often thought about visiting Chernobyl, but I didn’t realize the rest of these existed. As always, your photos make me feel like I’m right there with you – and I especially love the photos of the bobsled track.

Thank you! Yes if you have considered it then I would say you won’t be disappointed if you do go, it is incredible!

Those are some interesting places that I am going to add to my list for next summer. I also never knew about the victoria arches under manchester and I bet most of my friends who live there don’t either!!

Most people have no idea about them, but we warned, they are hard to get in and you need a rope! If you can find someone who knows the entrance and has the gear though… its a doddle! 😛

Very cool! It must be really creepy going around Chernobyl. I’m loving the brutalist architecture though! We are off to Manchester soon – perhaps I can find time to explore the Victoria Arches. Have you been in the tunnels underneath Exeter?

Love all the old Soviet stuff, that is what made Chernobyl so interesting too! Not been down to Exeter to be honest but if there are tunnels them im there! You might struggle to get into the arches without abseiling, but if you have the gear then go for it!

Thank you very much!